Saturday’s England-France and New Zealand-Italy matches have both been abandoned with Typhoon Hagibis predicted to hit Tokyo on Saturday afternoon, while a decision will be made on Sunday’s matches on game day.

Australia’s Friday night match against Georgia will not be impacted by the typhoon, though the forecast is grim for the game, but their path in the competition has been all but determined by the call.

Both cancelled matches will be recorded as 0-0 draws with England topping Pool C as a result and New Zealand staying at the top of Pool B.

That means the Wallabies will finish second in their pool and face England next weekend in the quarter-finals unless Uruguay is able to upset Wales on Sunday, while France will meet Wales.

If France had beaten England, the French would have been at the top of Pool C and Australia's quarter-final assignment would look very different. 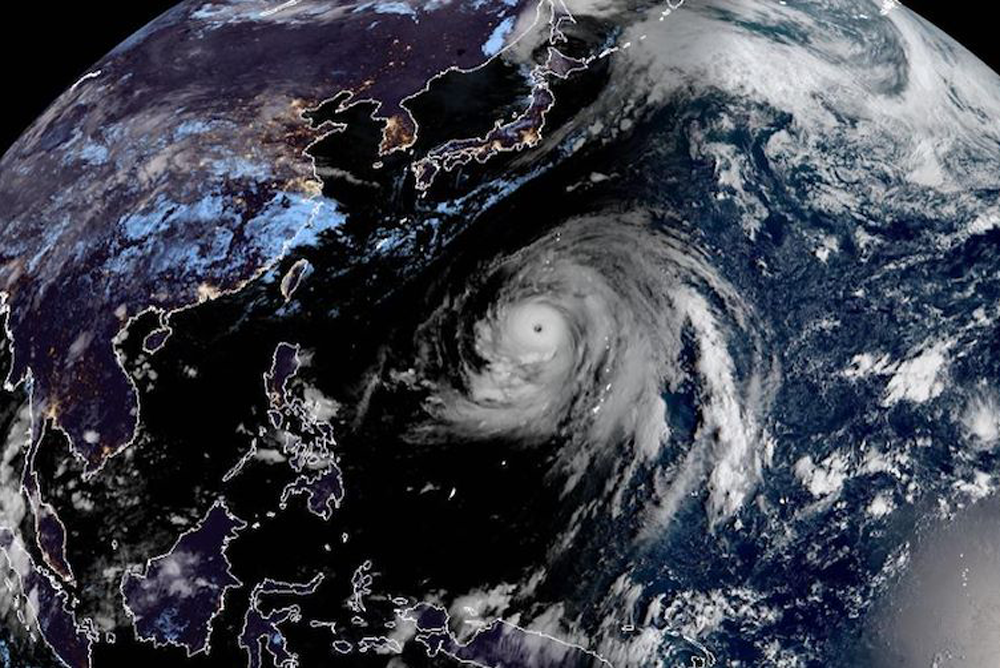 Of the four teams affected by the typhoon, Italy might have  the right to feel the most aggrieved.

Had the Azzurri been able to pull off an upset over New Zealand in Saturday’s match, however unlikely that might seem, they would qualify second in their pool and knock the defending champions out of the tournament.

While the Wallabies match will go ahead on Friday night, what happens afterward as they prepare for their quarter-final.

Australia is intending to return to Tokyo on Saturday afternoon on the train but may have to opt for an earlier train or even a bus on Saturday should the typhoon impact those services.

The Wallabies are scheduled to fly to Oita on Monday evening, six days out from that knockout match.

England has already travelled to the south island of Kyushu, staying in coastal town Miyazaki, for the quarter-finals.

They will also come into next Saturday’s match with an extra week of rest, or one less week of being match hardened, depending on how you view it.

David Pocock, who will captain Australia in their match against Georgia, said both teams would be looking to make the best of their situations leading into the knockouts. 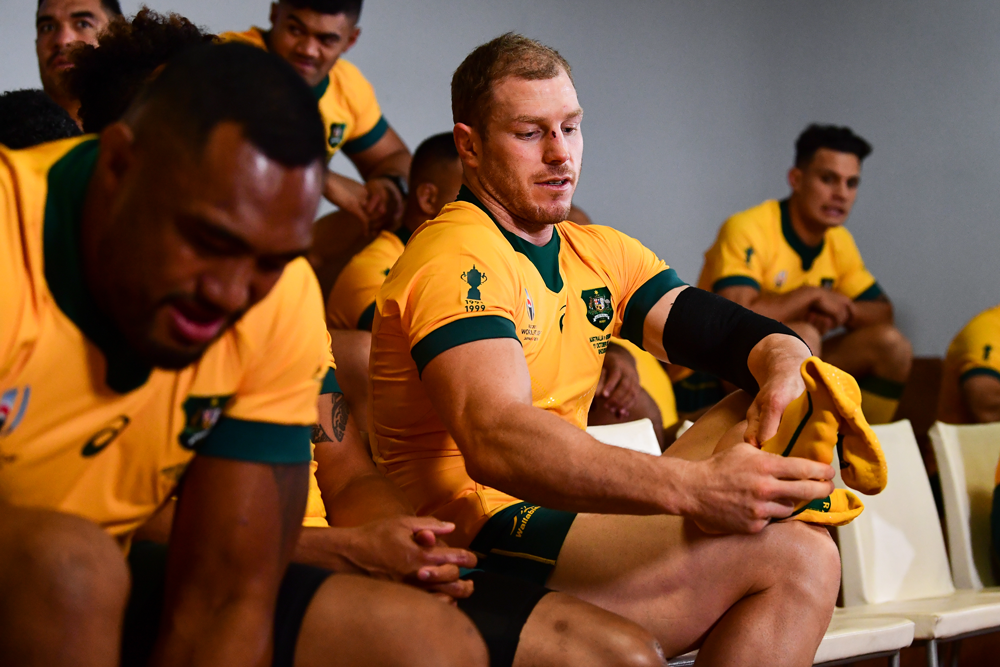 “I haven’t seen any of the stuff around the typhoon or thought that far ahead,” he said.

“It can work either way so I’m sure both teams will be looking to make the most out of the situation.

“The way that we make the most out of it is by turning up tomorrow and having a really good game, giving guys an opportunity to push for selection and hopefully building some momentum as Simon said, improvement in areas we’ve been working on.”

Forwards coach Simon Raiwalui said there had been little discussion about their travel plans moving forward, despite the frenzy of the typhoon.

“Not really, we've been really concentrating on what's happening tomorrow night,” he said.

“We've got a huge game against Georgia, a good Georgian team so we've just been preparing for that. Whatever happens after that we'll go with that.”

Jones saw the lighter side of the schedule disruptions, joking that the “typhoon gods” might have been helping his team out.

"Who would have thought we would have two relatively easy games (against Tonga and the United States), one tough game (against Argentina) and then two weeks to prepare for a quarter-final?," he said.

"So someone is smiling on us -- the typhoon gods maybe?"

New Zealand coach Steve Hansen said it was a “no-brainer” to call off the matches.

"Everyone knew this was a possibility and we all knew what the process would be if it did occur," he said.

"When you get a typhoon to the level we're getting, then safety is the paramount thing, so it's a no-brainer.

"I just hope people don't remember the World Cup for this. It's been a marvellous tournament so far.”

Saturday’s third match - Ireland vs Samoa - has been cleared to go ahead.

Petaia in Reds' calculations ahead of final trial

UPDATE: McInerney happy to earn another year at home with new contract