Australia will take on Georgia for the first time in history in the match and a win would secure them a place in the quarter-finals, most likely against England.

The Georgians have shown some promising signs in their opening matches, pushing Wales especially in the second half , before losing to Fiji and taking a comfortable win over Uruguay.

Kepu has played just about every one of the top rugby nations but after more than 100 Tests this weekend’s will be his first clash with Georgia but he has an idea what to expect from the Europeans.

Georgia has a reputation as a strong scrummaging nation, led by mammoth prop Mamuka Gorgodze about whom Wallabies teammate Drew Mitchell has warned Kepu after playing with "Gorgodzilla" in Toulon. 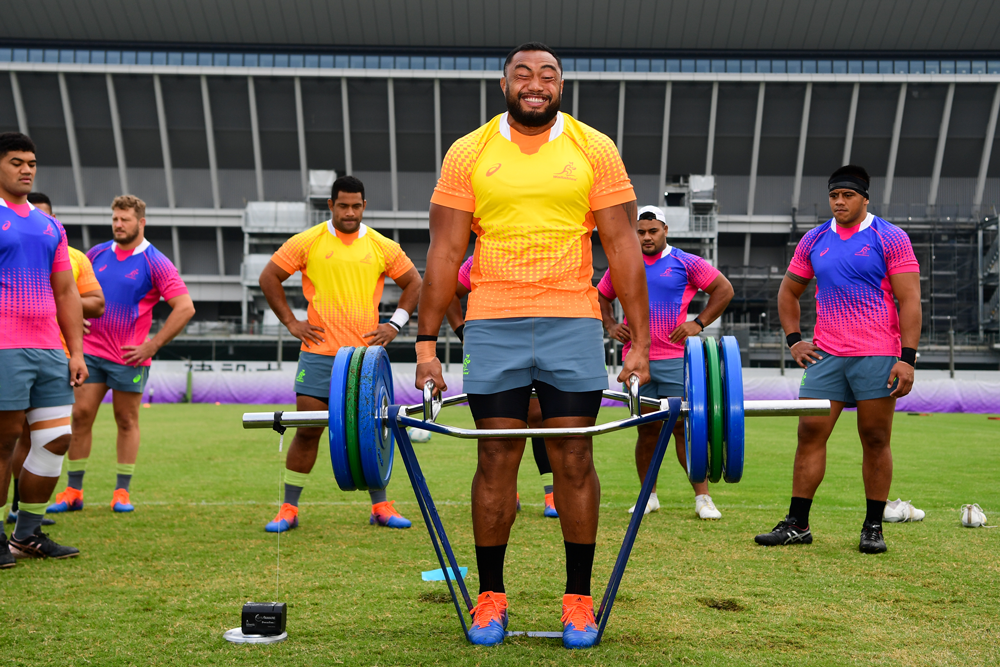 Kepu said he wasn’t sure where Georgia’s passion for forward play came from but Australia would certainly be on alert when they packed down on Friday night.

“I don't really know to be honest, I've never played for them, but they're big boys and just hearing from Drew (Mitchell) and those guys that have played with them at Toulon, they're tough buggers and they don't really take any crap from anybody, which is fair enough, and that's where they grew up and their culture and everything,” he said.

“It's no different for us this weekend, we've got to start well and it starts up front.

“We've got a great opportunity to do that this weekend.”

Georgia’s power in the set piece helped them score against Wales in their first game, notching five-pointers off driving mauls, and Kepu said their pack was clearly a big threat.

“We've looked closely at their previous games against Fiji and wales and can see that if you give them that opportunity they'll definitely take it and they'll front up in the front row.


“They've got a big forward pack so they'll try and take us up front and we prepared for that today and got stuck into each other at training and we've got a couple more days to get things well-prepared for the weekend but we're looking forward to that challenge.”

Kepu will be starting for the Wallabies for the first time in this World Cup when he packs down alongside Scott Sio and Tolu Latu on Friday night, with Allan Alaalatoa being rested and Taniela Tupou on the bench.

Tupou battled for game time in the first two matches but provided a major spark coming off the pine against Uruguay, with some bullocking runs.

Kepu has been somewhat of a mentor to Tupou and the pair have been roommates at the Rugby World Cup.

The 33-year-old said the youngest Wallabies front rower had handled the challenge of being omitted and had a simple mission in the final matches.

“He's been great and on the weekend you can see what he can do and I just encourage him to keep doing that and keep bringing that side of his game because he is the strongest out there on the field, I can guarantee that,” he said.

“It's one thing that he can bring on the field.”

The Wallabies take on Georgia on Friday October 11 at Shizuoka Stadium Ecopa, kicking off at 7:15pm local, 9:15pm AEDT, LIVE on Foxtel, Network Ten and via RUGBY.com.au RADIO, Rugby Xplorer and Amazon Alexa.