In a team captained by David Pocock, To'omua has replaced Christian Lealiifano, who played the full 80 minutes against Uruguay but is back on the bench under a workload management approach from Wallabies coaches. Nic White remains the starting halfback.

Jordan Petaia will run on for his second Test in Shizuoka after impressing against Uruguay in Oita, and with Marika Koroibete returning from a week off, Dane Haylett-Petty returns to the bench at the expense of Adam Ashley-Cooper.

Wallabies coach Michael Cheika said To'omua's impressive stints off the bench in the opening two matches had earned him a chance to start in the chief playmaking spot. 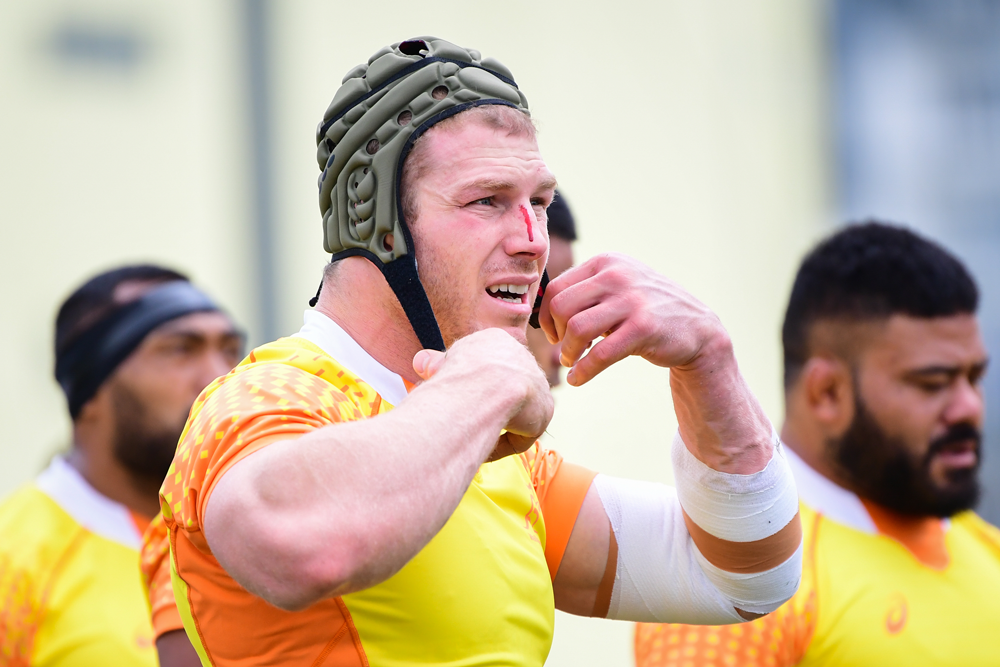 "He's filled in there  and done quite well there," he said.

"He’s a different player to Lealiifano and Foley. He’s got a different style and a different type of defender and he’s done well in the opportunities he's been given.

"Admittedly they’ve been second halves, where we've had more of a direct line with how we play and we want to try and start like that.

"We're giving him an opportunity  to show his wares and with Christian on the bench, they'll be working in tandem just in a different order."

This is the third week in a row that the Wallabies have reshuffled their side and the third different halves partnership, something Cheika said was about ensuring players stayed on their toes.

"This is how we think this squad’s best is to keep giving opportunities to guys to keep the contest alive with others so if we do the right thing and get through knockout stages, we know everyone’s been a part of doing their bit," he said.

"Some want to go with the same players all the time and maybe rest out.

"We feel like keeping players competing for spots is working for us, I think we’re playing some good footy.

"Here's a another chance for other guys to do the same, guys who didn't play in the last game.

The Wallabies have been slow starters in all of their World Cup matches but Cheika dismissed the suggestion that shuffling the team around each week had contributed to that.

"There’s no excuses, just concentrate better and take the opportunities.


"It's not like we’re not playing well there - we're creating opportunities at starts of games but we're not capitalising on them.

"That just takes that little bit of extra concentration on staying in the moment... I think sometimes in the game we're thinking about the bigger picture of the game, just get in there and play what's in front of you and the moment that's there and then it'll happen for us.

"Obviously, other teams are coming hard at us because they know it's an opportunity to try and get us there, so we've just got to lift our standard there, it's pretty simple."

Another ramification of a constantly changing lineup could be that players feel the need to overplay their hand but utility back Dane Haylett-Petty he didn't feel that was happening.

"I suppose that can be a danger but I don’t feel like that’s been the case," he said.

"We’ve talked about everyone bringing their piece of the puzzle. Everyone’s doing their role to help us build each week."

Up front, Pocock will skipper the team from openside flanker, with regular captain Michael Hooper switching roles from last week and being named on the bench.

It is the first time Hooper has been named on the bench since a game against Argentina in Mendoza in 2015, but like Pocock in Oita, he is expected to get 30 minutes at the end of the game.

Jack Dempsey will start at blindside flanker and Isi Naisarani returns at no.8.

Allan Alaalatoa has been rested in the front row and will be replaced by Sekope Kepu, with Taniela Tupou still on the bench. Hooker Tolu Latu and Scott Sio also return in the front row.

Starting locks Izack Rodda and Rory Arnold both resume their spots in the starting side after not playing against Uruguay last week.

Despite a storming game last week against Uruguay, Tevita Kuridrani was left out of the 23. Samu Kerevi and James O’Connor will both return to the starting midfield and Haylett-Petty’s versatility was preferred on the bench.

Hooper's shift to the pine  and Alaalatoa's omission are both about load management, Cheika said the decision in the halves was in no way a move to protect Christian Lealiifano. 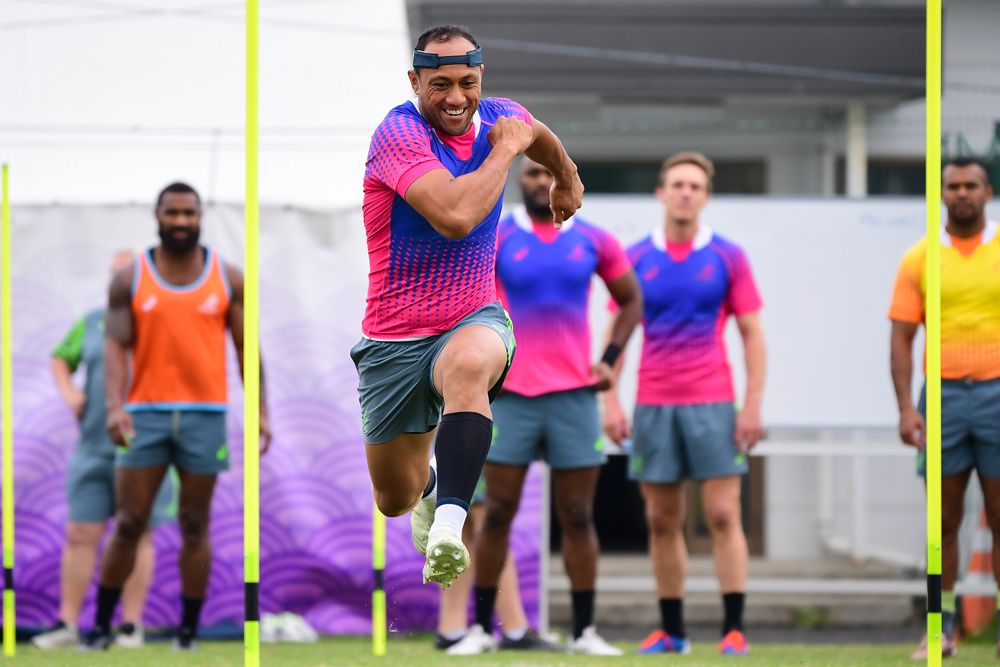 Lealiifano played his first 80 minutes against Uruguay since returning to the Test fold and while he has been on a modified recovery program and his health is closely monitored, Cheika said he wasn't thinking about when picking the flyhalf.

"They forgot to send me the memo because he played 80 minutes on the weekend and I think that, yes I get it the whole managed load and all that stuff, but if he's on the field playing good, I'm leaving him out there," he said.

"That's the flow of the game. He's not looking for anything, he's not asked and said, "I need to do this".

"Like any player he has an individual plan that he'll follow but he's certainly not getting looked after, he's here guns and all and he's doing more training.

"I see him after training staying around kicking, doing passing, he's certainly not looking for any early exits, no."

The Wallabies' clash with Georgia will be the first between the two nations in Test rugby and Cheika said it would be an exciting moment for the countries.

"They’re very physical, that's quite obvious, it'll be a really good challenge for us," he said.

"A lot of players play in professional leagues in France, England as well, they’re well attuned to competition at a high level.

"It’s really exciting to be part of the first time two countries have ever faced off. We want to show them how we play our rugby and I’m sure they’ll be showing us how they play theirs."

The Wallabies take on Georgia on Friday October 11, kicking off at 7:15pm local, 9:15pm AEDT, LIVE on Foxtel, Network Ten and via RUGBY.com.au RADIO, Rugyb Xplorer and Amazon Alexa.