Suspended Wallabies winger Reece Hodge is no guarantee of regaining his spot when his sideline stint ends this weekend, with his understudies impressing in his absence.

Hodge has missed the past two matches and will be watching again as the Wallabies face Georgia on Friday night after being suspended for a tackle on Fiji flanker Peceli Yato.

The Wallabies need to win their final pool match against Georgia to guarantee their place in the final eight but if all goes to plan, there’ll be some big debates across the park.

Wallabies coach Michael Cheika’s mantra throughout the tournament has been that every match is treated like a “grand final” and their focus this week is on simply qualifying but performances against Georgia could potentially make or break quarter-final hopes.

Hodge, however, will have to use every minute of training next week to push his case as his three-week suspension finally ticks over. 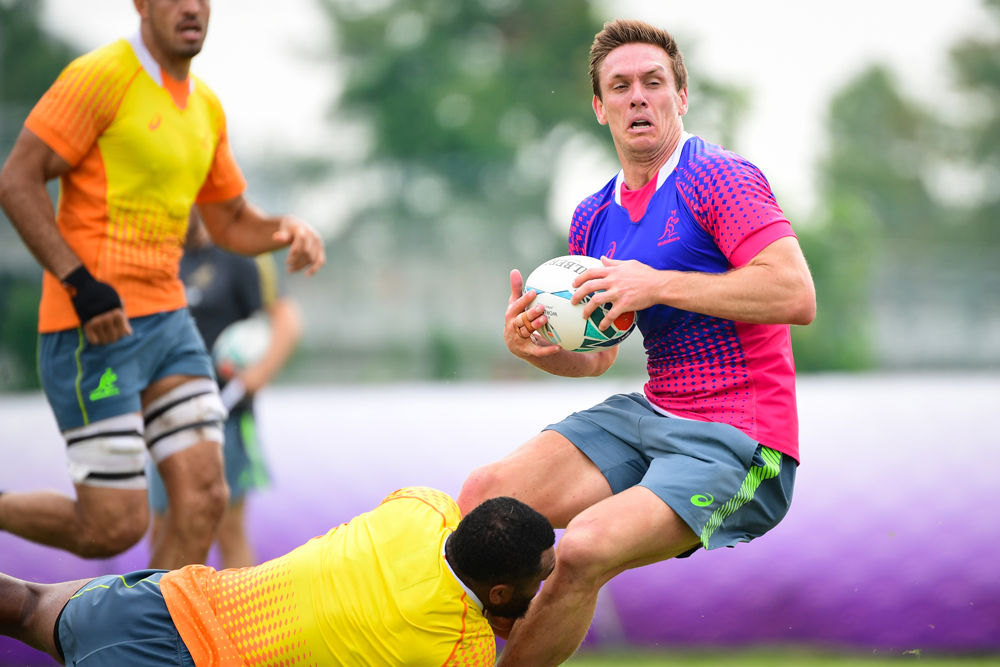 Cheika said it wouldn’t be a walk in the park for the 25-year-old to work his way back into the 23.

“He's not going to have any (game opportunity), he's still suspended,” he said.

“You can train all you like, it's got to be full-on. That's what happens, you give the other guys a look in and they get a chance to play.

“I think Dane's taken the chances he's been presented with, Jordan Petaia's getting an opportunity here now.

“Reece understands the picture and he'll make sure he's cheering as hard as he can for his teammates this weekend so he makes sure he gets another crack at it, there’s not much else he can do.

Haylett-Petty, who is on the bench this weekend, said there was an element of this weekend that felt like an opportunity

“I think so but I think all the way along it's been so competitive Cheik has, on purpose, picked a squad that’s really competitive, and while we're really pushing each other to get better we've been fighting for spots the whole way along and this game will be no different,” he said.

“We’re just focused on, we know we need to win this game to get through the quarters and we’ll focus on Georgia who are a good team, a lot of players playing in Europe and they're going to be a challenge.”


To’omua will have his chance to start at 10 against Georgia in Shizuoka and Cheika said there was no guarantee that a strong showing would see him stay at 10 for the rest of their campaign.

“I don’t think Christian's done anything particularly deserving of saying, ‘No, you’re not going to play now’.

“(We’re) just taking a look mate, we understand in tournament play you have the opportunity to be able to change the picture a little bit from the way we want to play.

“We feel like we’re pretty clear with how we’re operating and it’s up to players on the field to own that and say, ‘You’ve got to pick me because I’m playing so good’.

“I think that Matt's got a job to do for this weekend and after this weekend, we'll sit down and assess all the options.” 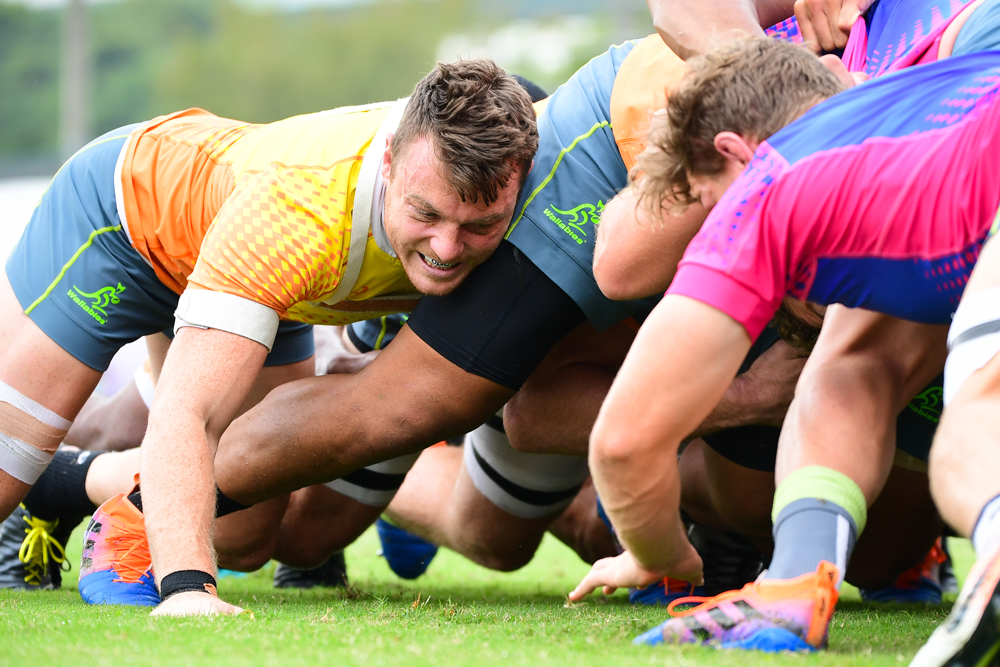 It’s not just the backs that will be hoping the Georgia match can be a launchpad for the knockout stages.

With captain Michael Hooper on the bench this weekend and certainly expected to start in a quarter-final and David Pocock captaining the team, the remainder of the backrowers are effectively competing for one starting spot.

“When it comes to the selection going forward, we've got to qualify and that’s the real take on it,” he said.

“But you’re going to think the captain’s going to play so in reality that’s what they’re doing, the others are competing for spots.”

The Wallabies take on Georgia at Shizuoka Stadium Ecopa on Friday October 11, kicking off at 7:15pm local, 9:15pm AEDT, LIVE on Foxtel, Network Ten and via RUGBY.comm.au RADIO, Rugby Xplorer and Amazon Alexa.