The Waratahs have officially confirmed CEO Andrew Hore is leaving NSW "to take up an opportunity elsewhere."

Initial reports emerged last Friday that the chief executive was set to take over at Auckland's Blues but at the time NSW denied any potential move.

On Friday, NSW chairman Roger Davis said he and the board had received no indication from Hore about his looming departure.

Just two days  Hore was sitting alongside new coach Rob Penney, unveiling him to the media with no suggestion he would not be around to see Penney begin his new role.

On Monday, though, Hore's exit became official with NSW releasing a statement on Monday afternoon confirming the news, saying he was departing "to take up an opportunity elsewhere".

In Monday's statement, Davis praised Hore for his impact on the club since taking over in 2016. 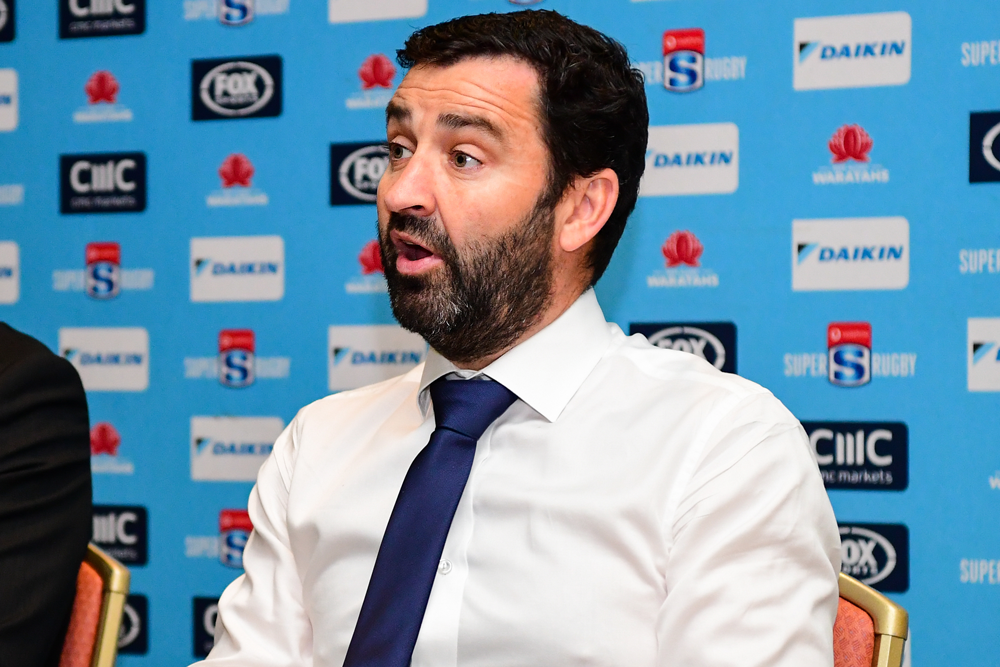 "Andrew has been at the forefront of significant progress for NSW Rugby and the Waratahs,” he said.

“What he’s been able to achieve during his time here is a credit to his work ethic, drive and passion for our game.

“He’s assembled an excellent team [at NSWRU] to carry out the vision of the NSW Rugby Board, implementing programs and strategies that will secure rugby’s future for many years to come.

“On behalf of the NSW Rugby Board, I’d like to congratulate Andrew on what he has achieved during his time here and wish him the very best with his future endeavours.”

Hore thanked Davis and the board for their support during his tenure.

“Roger and the Board have been a tremendous support, allowing our organisation to achieve some special things,” he said.

“It’s bittersweet to be leaving NSW Rugby, it’s a wonderful place filled with people passionate about our game.

“Thanks to the work of the entire team – from our administration, to players, to our Development Officers across NSW – there’s a strong platform for success.

“I look forward to seeing the game in NSW prosper, and would like to take this opportunity to thank everyone who has made my time here so enjoyable.”

During his time as CEO, Hore oversaw a number of changes, including the shift of the team from Moore Park to Daceyville and the reunification of the Waratahs and NSW Rugby.

Hunt willing to compromise to get rugby back

Today at 9:13 AM International
Feature