Currently once a player is capped for one country they are unable to play for any other Test country, regardless of that country’s rankings, except in rare cases.

One-Test Wallabies winger Cooper Vuna is one such exception, have been given an exemption to play for Tonga more than five years after he played for Australia.

It would be a change that could affect a number of players in international rugby, with plenty of Pacific Islanders capped for Australia and New Zealand and Zimbabwean-born players playing for South Africa among others. 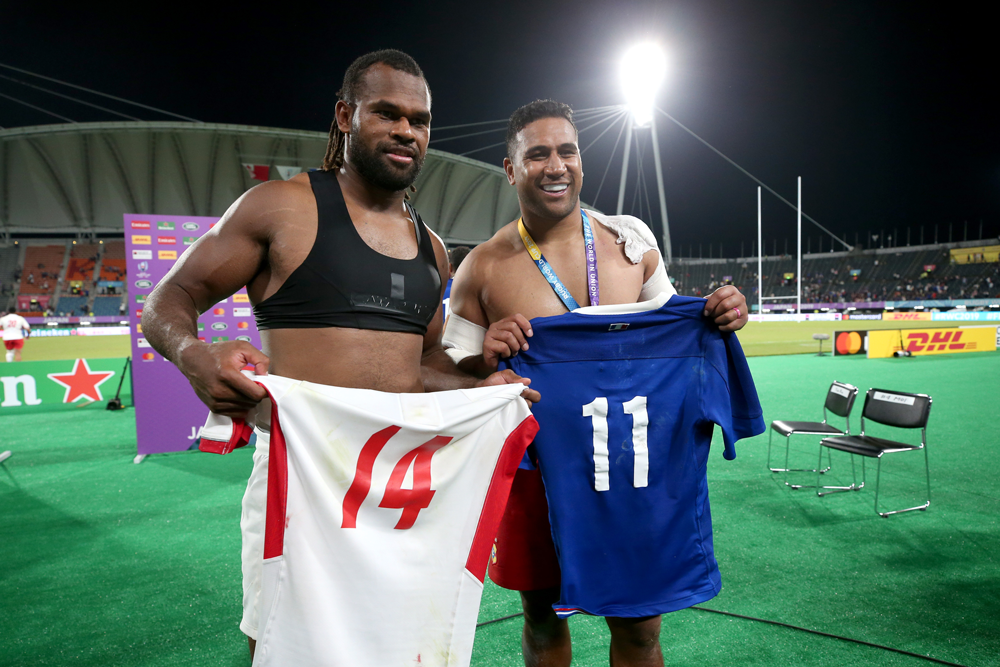 Pocock said there merits in looking into increasing the flexibility in that area moving forward.

“It's worth talking about,” he said.

“It gets pretty complicated, I'm not too sure.

“In my mind, if you're not playing for a country that you've been capped for for a while, and clearly aren't in contention, then potentially, but that's a discussion for the players' unions and World Rugby to be having.”

The development of smaller countries is a cause close to Zimbabwean-born Pocock’s heart.

Zimbabwe hasn't featured at the Rugby World Cup since 1991, though a number of players of Zimbabwean heritage feature in international rugby.

Asked whether he would step into the coaching realm with Zimbabwe, Pocock said it would be a dream to see his homeland back in the tournament and that while losing players to overseas domestic tournaments was somewhat inevitable, having them return for Test duties should be more common.

"I don’t really fancy myself as a coach but I would love to see Zimbabwe at a World Cup," he said.

"They've got so much talent at a school boy level and it would make me so happy to see them running out on the world stage again.

“I've been in touch with some of the people in Zimbabwe rugby and they're... trying to really get their structures in place to be able to hold talent and sure you’re going to lose your best overseas but in an ideal world, they’ll be playing overseas and then coming back for international duties.

“What you see a lot of in the world is players going overseas at a young age and representing another country, which for smaller teams obviously hurts a lot.”

While he admits he hasn’t had the time he might have liked to help in Zimbabwe, other high-profile players, including Springboks prop Tendai “Beast” Mtawarira are working to develop the game in the country.

Zimbabwe might be an emerging rugby nation that sits outside the World Cup currently but there is no shortage of similar stories from teams competing in Japan.

Japan and Uruguay also pulled off surprise wins against much more-fancied opponents, adding to the air of uncertainty around each match.

Pocock said he felt developing rugby nations were becoming more adaptable, changing their approaches to matches with every outing.

“I think defensively, look at Uruguay and Georgia, definitely seeing different pictures every week. After each game, plugging a couple of holes” he said.

“Look at Georgia for example Wales scored a couple of good tries back on the inside against them.

“Against Fiji they were very solid there. I think defensively,you're clearly starting to see a lot of IP moving around the world if you look at coaches coaching various teams and it's great for World Rugby.”


Given the results in the tournament so far, the Wallabies will surely be throwing everything at Georgia in their last pool match, both as a show of respect but also as their last hit-out before a blockbuster quarter-final match against England looming.

While he was coy about whether the Wallabies should treat the match as a quarter-final “dress rehearsal, he was adamant wallopings should not be expected by punters.

“As a player, I sometimes find it a bit disrespectful with people expecting massive margins at the World Cup,” he said.

“I think some of the tier two nations have put a huge amount of work into their prep over the last four years and you've seen a massive improvement, obviously led by Japan and the strides they've made but Namibia also against New Zealand last night in the first half, really held their own.

"We do have to improve and I guess if you look at our game, there's probably a bit of a mix of attack and defence to make improvements there. Taking our opportunities when we get them. In the bigger games, you don't get a lot of opportunities and it's the team that takes them."


Pocock has been battling to find the same opportunities at the breakdown in this tournament as he has throughout his career, with hooker Tolu Latu saying last week that pilfers were harder to come by in Japan with referees tending to lean to the attacking team with decisions.

The flanker said there were some differences in the refereeing at the tournament but he was working to adapt when he hits breakdowns.

“You do get changes in the way things are being refereed, I’ve said it the last couple of times I've been up here, all you’re asking for is consistency, good communication so you know where you stand,” he said.

“You can't ask for anything else.

“As players, we’re doing everything we can to be as best we can around the ruck and staying within the laws and trying to get pay for our team. We’ll keep working on that and see what happens this weekend.”

The Wallabies take on Georgia at Shizuoka Stadium Ecopa on Friday October 11, kicking off at 7:15pm local, 9:15pm AEDT, LIVE on Foxtel, Network Ten and via RUGBY.com.au Radio, Rugby Xplorer and Amazon Alexa.

One Percenters: I should have quit before 2019 Rugby World Cup - Cheika, Aussie Sevens women show strength