UPDATE: Wallabies fans have been waiting to see Jordan Petaia on the international stage for almost a year and coach Michael Cheika says the much-hyped 19-year-old will have the chance to "tell his own story" on Saturday against Uruguay.

Petaia will become Australia’s youngest Rugby World Cup player ever when he runs out against Uruguay and the Wallabies’ debutant in that tournament since Berrick Barnes in 2007.

Petaia was in line to play against Italy on last year’s Spring Tour, still only 18, but a hamstring injury forced him out of the side that week,just a day after being named.

The teen played one match of Super Rugby this season before suffering a lisfranc injury in just his second game of 2019 and sitting out the remainder of the domestic season.

By the time he was named in the Rugby World Cup squad, off just 80 minutes off club rugby, Petaia was getting used to the frustration of being sidelined that he’d felt in Padova last year.

"Basically it's been the whole year for me (being sidelined)...setting injured at the start of the year as well.

“It's been a feeling I have got used to but pretty excited to be out of rehab.”

Wallabies coach Michael Cheika showed his faith in the young gun, though, and picked him in the 31-man squad, before another hamstring injury saw him return home from Australia's pre-World Cup camp early. 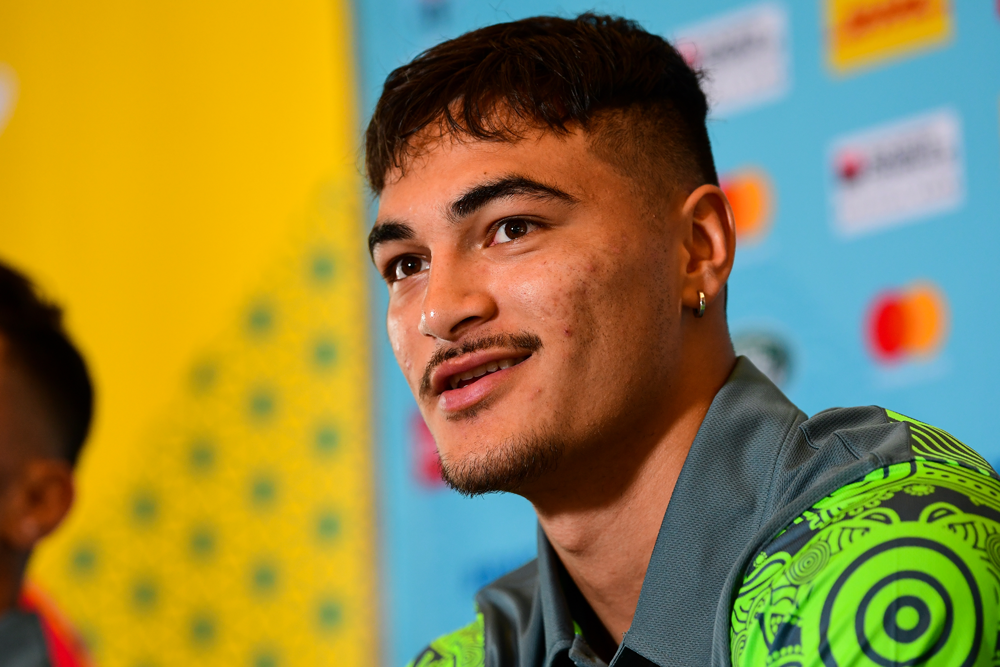 Even though he has put in a long initiation, Petaia will still be a rarity when he becomes Wallaby 930, making his Test debut while only 19.

In professional rugby, teenage debutants have become few and far between, but Cheika said Petaia didn’t hold himself like a person born post-2000.

“You wouldn’t know that he’s a teenager, the way that he carries himself around the team,” he said.

“He’s intelligent to talk to, understands his rugby, understand the game very well.

“He loves it too. You can see that he’s loved it for a long time, and he’s definitely ready for it. I’m not sure (whether) there are less teenagers but this guy, I think he is definitely ready to play, otherwise we wouldn’t be giving him this opportunity.

“It’s obviously a big game for us and we know we can trust him to get that job done.”

Petaia has long been earmarked as a Test prospect, but Cheika wouldn’t brand him with any prodigious tag, happy to let Petaia tell his own story about his potential.

"He's a very good player and his story's yet to be told,” he said.

"There's no point talking stories about him now because he's just starting and he's going to tell his own story on the field over this game and, I'd imagine, many games to come going forward.

"I'm excited to watch him play on the weekend in his debut and I'm sure his family would be very proud of him.”

Wallabies back Matt To’omua grew up with Petaia, albeit 10 years his senior, counting the Petaias as close as any relatives would be. 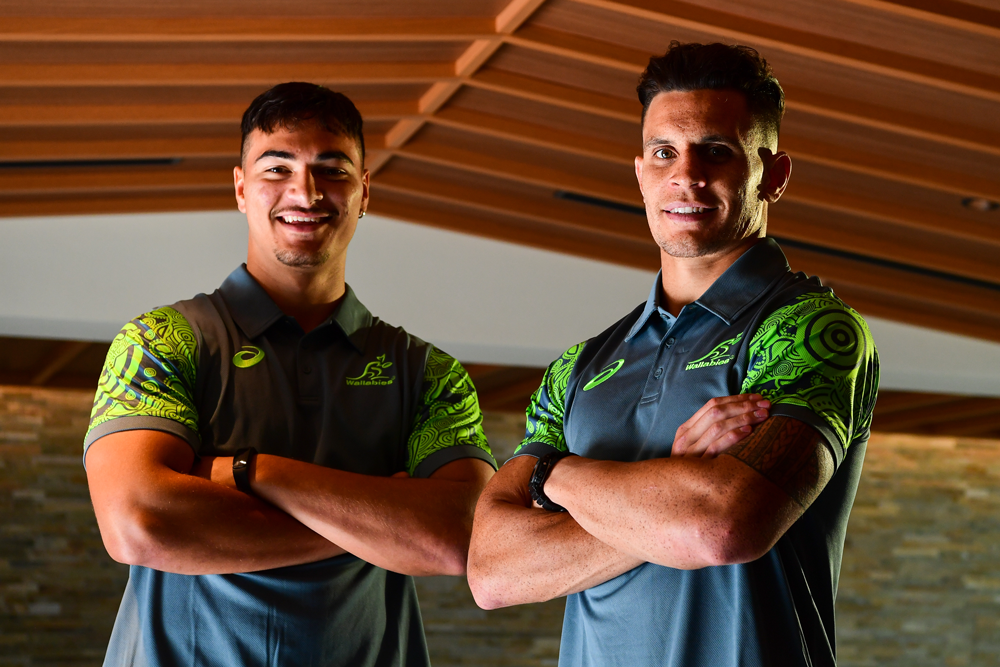 To’omua, who will play 12 this weekend, never imagined he’d have the chance to play Test rugby alongside Petaia but said his toughness set him apart from other young players looking to burst onto the scene.

“Probably more so than other players, you have a few young guns early on, but more so than any other young player he is just as competent on both sides of the ball.

“Attack and defence. It’s not often you say that about young guys.

“They might have a wicked side step or something but I think Jordy likes getting in the rough and tumble stuff, which is brilliant.

“It is probably a lot of the reason why the coaches have shown a lot of faith in him at a World Cup, and with the high stakes and that.

“He doesn’t have a glaring weakness which is great for a young guy.”

To'omua said Petaia would be able to handle the early hype but his challenge might just be when he gets off the plane back in Australia and prepares for Super Rugby season 2020.

"Early on in your career you have a big focus on getting your first cap and then you’ll encounter some other obstacles along that, and then go back to Super and taking those experiences, it’s probably one of the harder ones I think," he said.

"Now for him, everything is in front of him and it’s pretty easy to get motivated and achieve. It’s probably as the next few years go on, you are trying to continue to improve rather than rest on your laurels a little."


Petaia is one of 12 changes to the starting team this weekend as the Wallabies rotate their side to take on Uruguay.

Nic White and Christian Lealiifano will start in the halves, with Matt To'omua at 12 after two strong performances off the bench in the opening weeks of the tournament.

Folau Fainga'a, Jack Dempsey, Lealiifano, Petaia and Kuridrani are all coming into the starting team after being left out of the 12 altogether against Wales while James Slipper, Adam Coleman, Lukhan Salakaia-Loto, White, To'omua and Kurtley Beale have been elevated from the bench last week to start.

Dane Haylett-Petty is the other change in the starting XV, shifting to the wing after starting at fullback last weekend.

Taniela Tupou comes onto the bench, with Sekope Kepu at tighthead and Scott Sio out of the 23, and Rory Arnold, David Pocock, Will Genia, James O'Connor and Adam Ashley-Cooper have all moved to the pine as well.