McKay column: What do we make of the NRC law variations two weeks in?

Two weeks of the National Rugby Championship admittedly isn’t a huge sample size to make final judgements but it is long enough for people to start forming opinions about the World Rugby approved Law Variations in place this season.

Of course, the point of trialling Law Variations is to see whether they do work as well in actual game play as they did in theory when first proposed. And this level of competition is the perfect level for such trials.

And with a swathe of cards handed out in Argentina, the practicalities of these changes were hotly debated. 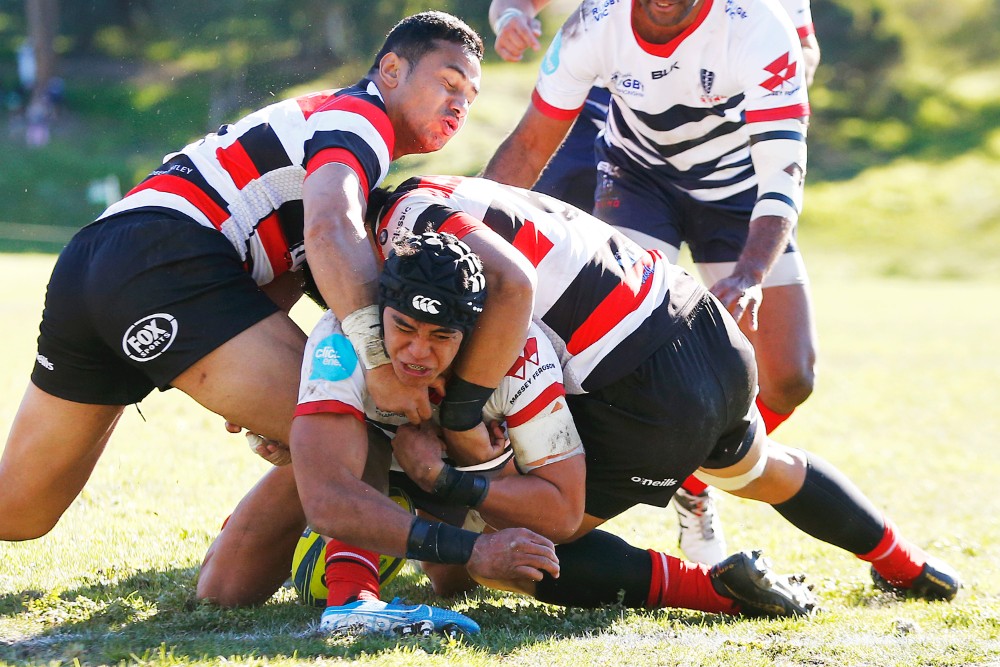 There are two World Rugby approved Law Variations in place for the 2019 NRC. The first is the awarding of a goal-line drop-out to the defending team when an attacking player, who brings the ball into in-goal (by maul or in general play), is held up.

I don’t know the actual numbers, but I would guesstimate that we have seen one or two 50-22 kicks per game over the opening two rounds, and maybe only around three goal-line drop-outs per round. Curious, I put the question around the LVs to a couple of NRC coaches this week. “We’ve been held up once (by Melbourne in Round 1) and we did it to Queensland Country on the weekend, too,” Canberra coach Nick Scrivener said this week. 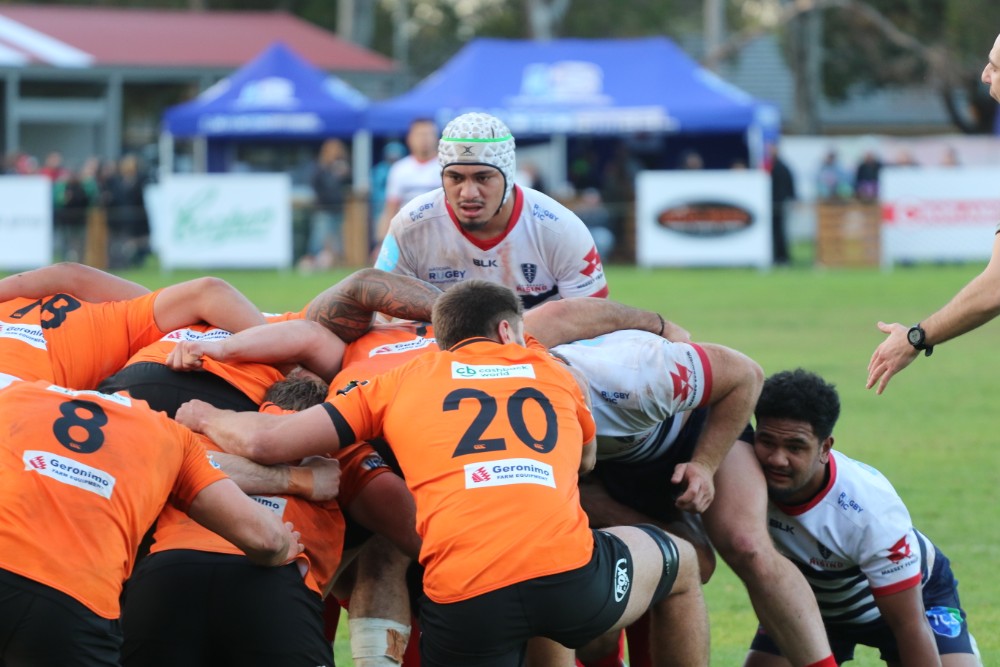 Western Force coach Tim Sampson told me his side also held up the Fijian Drua twice in the second half last week.

“We got one good restart away off that, but our second one wasn’t great,” he said.

“The jury’s still out on that one, for me. I think it’s rewarding the defensive team too much.

“Something I’ve thought of, is if the attacking team has a dominant rolling maul, and they maul from 10m out and get held up over the line. They shouldn’t be punished for good execution by losing possession.

“What I have thought of over these first two weeks looking at it in-game, is if you want to give possession to the defence (after holding up the ball in-goal), you could go to a 5m scrum and just give the defensive team the feed. Then it remains a legitimate contest.”

Sampson concedes that the intent of the drop-out variation is to get the ball back in play quicker, and even that in his alternate suggestion of a five-metre scrum fed by the defensive team, you would effectively reintroduce the possibility of resets and scrum collapses that take up time. And an exit play from the defensive scrum would then see more time lost to the resulting lineout.

And so when you think about the other options, the goal-line drop-out can serve its purpose.

The Vikings host Brisbane City this week, and Scrivener said he’s aware of their grasp of the 50-22 kick. “Brisbane City have tried the 50-22 a bit, actually. Young (Isaac) Lucas has probably tried to do it more than anyone from what I’ve seen.

“I don’t think tactically it’s changed too much. We had enough problem with the old Laws last weekend, let alone the new ones."

Sampson revealed the Western Force’s slight advantage when it comes to the 50-22 kick.

“We’ve played under something similar for 18 months now; ours isn’t a 50-22, it’s a 40-22, and we’ve had success with that and have scored tries off the back end of receiving that lineout within the opposition’s 22,” he said. 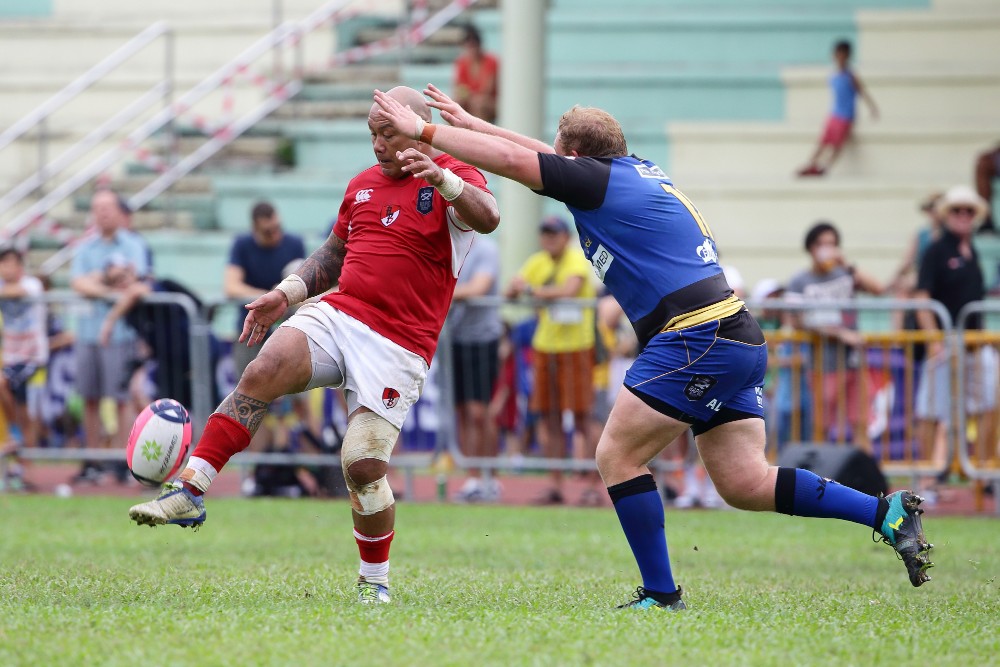 The Global Rapid Rugby competition doesn’t allow teams to kick out on the full from inside their own 22 but does offer an attacking lineout for teams who kick from the defensive side of their 10m line and find touch indirectly in the opposition 22.

“In GRR, we’ve had some success there, and I really like that one, because you do have to focus a bit more on your back three defence, and making sure you’re in a good position back there,” Sampson said.

“I think Queensland Country got a couple on us,” Sampson said, “and I’ve seen a couple in other games where it’s come off and tries have been scored off the back end of it.

“I think you’re rewarding, tactically, a good kick, and obviously the purpose there is to take more defenders out of the front line.” 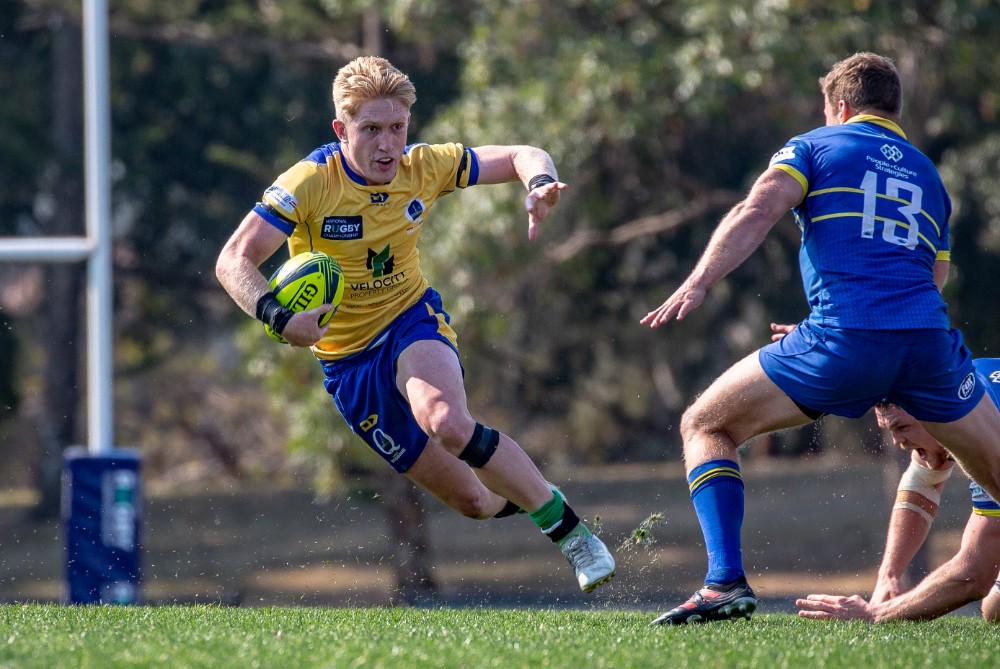 Of course, the opposite is also true – teams in the NRC can also win a lineout throw by kicking from inside their 22 and finding touch on the bounce inside the opposition half.

This has been the most contentious of the LVs introduced, with the common train of thought being that it runs counter to the idea of wanting teams to kick less.

Sampson agrees: “We haven’t paid as much attention on that particular one. I think they want you to play more ball in hand coming out of your 22 and push defenders back but I think I like it other way better.”

Which, to reiterate the point made at the top, is the reason we try these variations at these semiprofessional levels we do.

We’ve seen through the opening fortnight of the NRC that there are benefits from some elements of the LVs but it’s equally fair to say that other elements might need further tweaking before being implemented more broadly.

Perhaps Sampson’s 5m defensive scrum could be tried next season? Perhaps GRR have it right by having teams kicking for the opposition 22 from behind their 10m line?

Regardless, the most important thing is that the LVs in their current form in the NRC haven’t changed the fabric of the game too much.

The unintended consequences haven’t materialised in any worrying way. And it will be fascinating to see how teams use the LVs to their advantage over the remaining five rounds.
Share