by Emma Greenwood
Tatafu Polota-Nau at a weights session with the Wallabies in Brisbane after jetting in from England this week. Photo: RUGBY.com.au/Stuart Walmsley

He thought his days in a gold jersey were done last year when he ran out of puff with the Wallabies but Tatafu Polota-Nau has answered an SOS from coach Michael Cheika that has him in line to play a third World Cup.

The 33-year-old was playing with Leicester in England when he received a surprise phone call from Australian coach Michael Cheika urging him to give the international arena a final shot.

A few grey hairs are among the few clues that Polota-Nau is now one of the most seasoned players in camp, with his 89 Test caps qualifying him to return from overseas to play for the Wallabies under Giteau's Law.

"I'm quite shocked to be back here," Polota-Nau said after arriving in Brisbane earlier this week where the Wallabies are honing their preparations for Saturday's Rugby Championship clash against Argentina at Suncorp Stadium.

"Little did I know Michael Cheika got my UK number. I never gave it to him, I didn't want to but somehow he got it.

"But I answered it and he asked if I'd come on and I said: 'Sure, why not, I'll give it one last crack'. I think it's from my end just to see if I've still got it because I ended on a sour note last season. 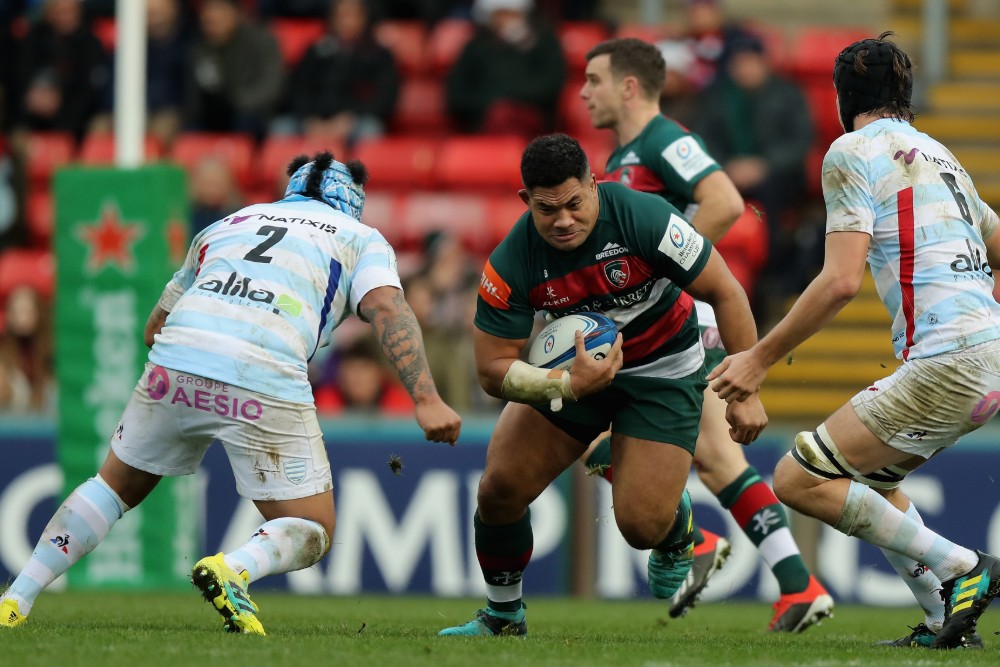 "But in saying that, I've still got a lot of hunger to try and solidify that no.2 spot."

Polota-Nau was far from impressed with his own efforts last year and admitted he had to ponder Cheika's proposal before coming into camp.

"I actually thought last season was my last with the Wallabies just due to the fact that I probably didn't have enough of the stamina that I used to have," he said.

"But that was only because my preparation probably wasn't the best.

"So I said to myself, this season coming, just to get everything prepared right and give myself the best possible opportunity because that's the challenge (Cheika) laid for me.

"And once I did, I felt so much better and he was probably right. It took me a while to think about it but it's a World Cup, so that superseded everything really." 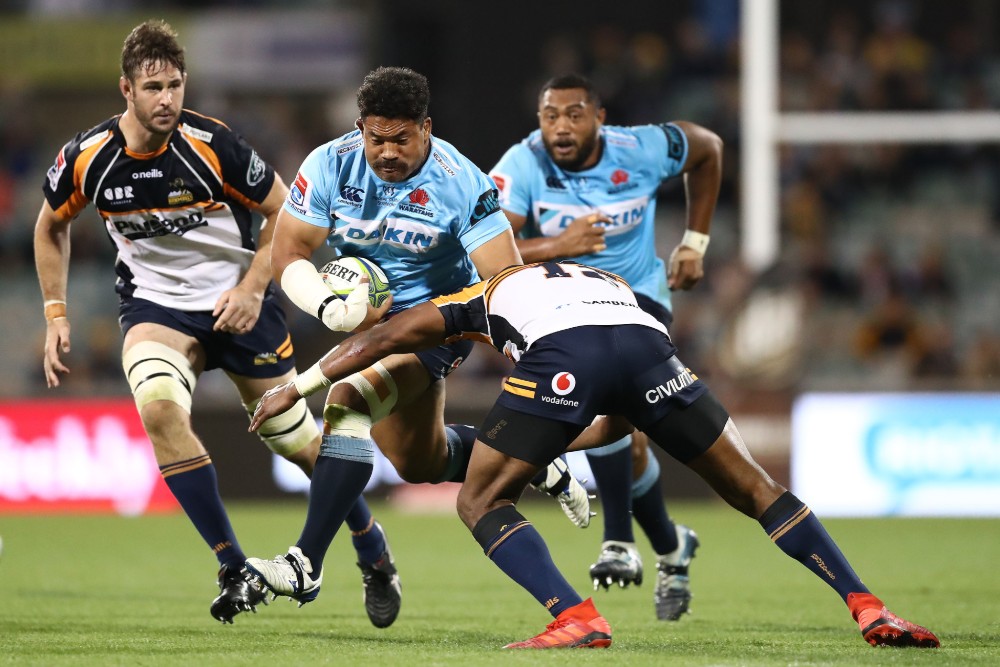 Hooker has been a problem spot for the Wallabies for some time.

But watching Folau Faingaa against South Africa last week, Polota-Nau knows there is now plenty of depth among the rakes and welcomes the challenge.

"I think I've still got a lot more room to improve," he said.

"But watching last week and Folau Faingaa stepping up, there's a lot of competition now for the no.2 spot … and it's exactly what Australian rugby needs.

"We need to build the depth not just for now but for future generations and it keeps me on my toes which is always a positive."

Faingaa and Jordan Uelese are among those younger players and it may be that Polota-Nau's presence pushes the pair to greater heights. 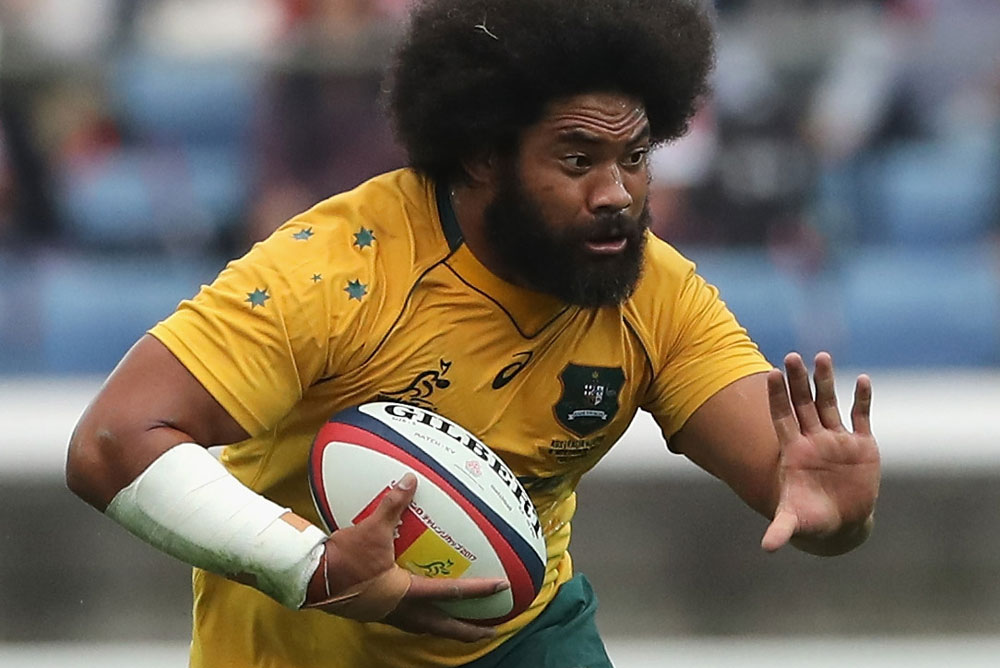 He has recovered from the recent knee surgery which prevented him from being named in Michael Cheika's 34-man squad for the opening Rugby Championship clash but he has recovered well from having the meniscus removed and is in contention for Saturday's clash against the Pumas.

The recovery had a silver lining too, the non weight-bearing training including hypoxic swimming, rowing and cycling improving Polota-Nau's aerobic fitness and addressing the stamina issues he had last season.

Polota-Nau is no stranger to World Cup comebacks, having returned from a three-month sabbatical in 2015 following a pair of concussions that left him with delayed symptoms and forced a change in his kamikaze technique.

One of the Wallabies' most articulate and intelligent players, Polota-Nau has also been at the forefront of highlighting concussion issues and is glad to see the subject being debated in many sports.

After seven reported concussions in his playing career, Polota-Nau has been proactive on his own brain health, having regular scans and working with Sydney professor John Watson to assess any changes.

"I must say it's great that it's being addressed because there's more to life than just playing the game of rugby," he said.

"A lot of guys have families that they need to look after too post-rugby, so I'm just really happy that it's being addressed.

"As to the different ways of how they tackle it, I'll leave it up to the specialists but I was fortunate that my professor that I work with and see every year - I love the fact that he refers to me as a fine wine, getting better with age with my memory."

Polota-Nau is among several players from a wide range of sports considering donating their brains to Boston University's brain bank, where Dr Ann McKee studies traumatic encephalopathy in athletes.

But it will not slow him down.

"I actually don't go into the games thinking that I'll get another concussion but if I do, I'll go through the normal protocols," he said.

"With my history of it, I'll definitely consider a few scenarios. But at the moment, I've been very fortunate, I haven't been copped by a high tackle or led with the head in my tackles … I wish I knew that earlier."

The Wallabies host the Pumas at Suncorp Stadium on Saturday July 27, kicking off at 7:45pm AEST, LIVE on Network Ten, Fox Sports, Kayo and via RUGBY.com.au RADIO.