Genia to retire from Test rugby after World Cup

by Beth Newman
Will Genia is set to retire from Test rugby. Photo; RUGBY.com.au/Stuart Walmsley

Wallabies halfback Will Genia will retire from Test rugby after the Rugby World Cup, heading to Japan to play his club rugby.

Genia and Rebels teammate Quade Cooper are both set to head to Japan after the World Cup, with Japanese Top Challenge League club Kintetsu announcing the pair's acquisition on Thursday.

The pair would both remain Test eligible despite moving overseas, with 100 and 70 Tests to their names, but Genia has ruled himself out of any further international involvement.

Genia became the 10th Wallabies to play 100 Tests when he ran out at Twickenham last year and said he would reflect on his career with immense pride.

"When I think about my Test career I'm very happy that as it stands I'm one of only 10 players to play 100 Tests for Australia," he said.

"My longevity in the game thus far, very happy I've made my country proud but also my birth country Papua New Guinea and my family proud. 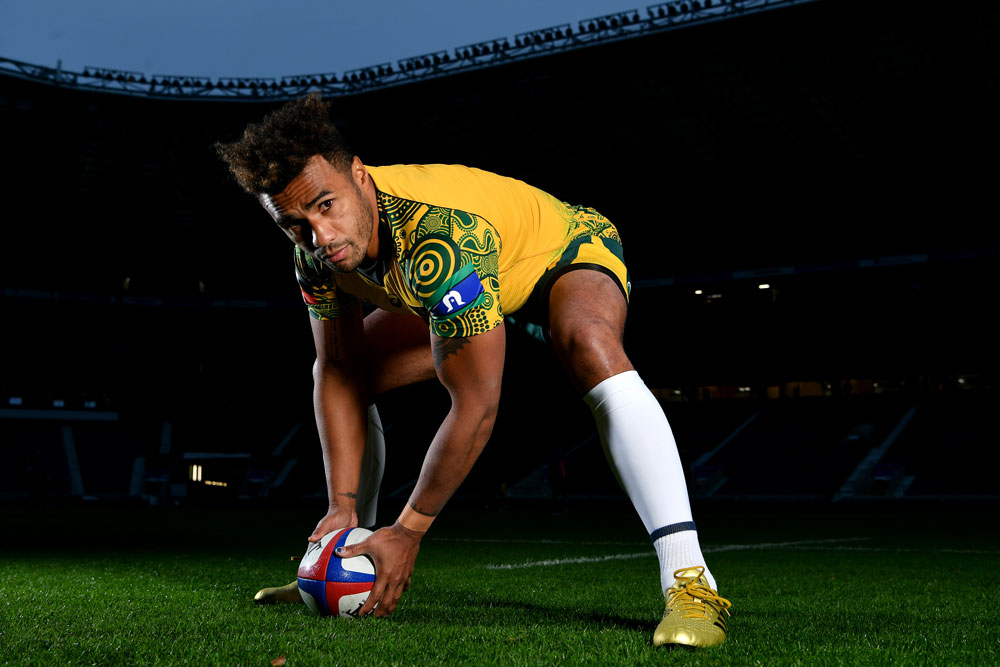 "I feel like I'm leaving at the right time because there's a whole bunch of young players who are coming through who are very, very good and some experienced ones as well with Nic (White) and Joey (Powell) who's had a couple of Tests as well.

"I think there's some very,very talented guy scoming through and guys who are willing to work hard and have those ambitions."

Genia said he also wanted to spend more time with young daughter, Olivia, an opportunity that the shorter Japanese season would provide.

"She was probably one of the biggest reasons to leave and go to Jpaan and...retire from Test footy because I just want that time to spend with her," he said.

"She's going to start going to school soon and I won't be able to spend all that time with her so I want to make the most of it."

The confirmation of Genia and Cooper's departures comes after heavy speculation that the pair were on the verge of committing to the Liners after this year's Rugby World Cup.

Both posted cryptic images about their futures in the wake of the Super Rugby season but had made not formal indications about their plans for next season.

Melbourne were believed to be keen to keep both players at least for next season but ultimately the rich and lengthy contracts the Japanese club were willing to offer won out. 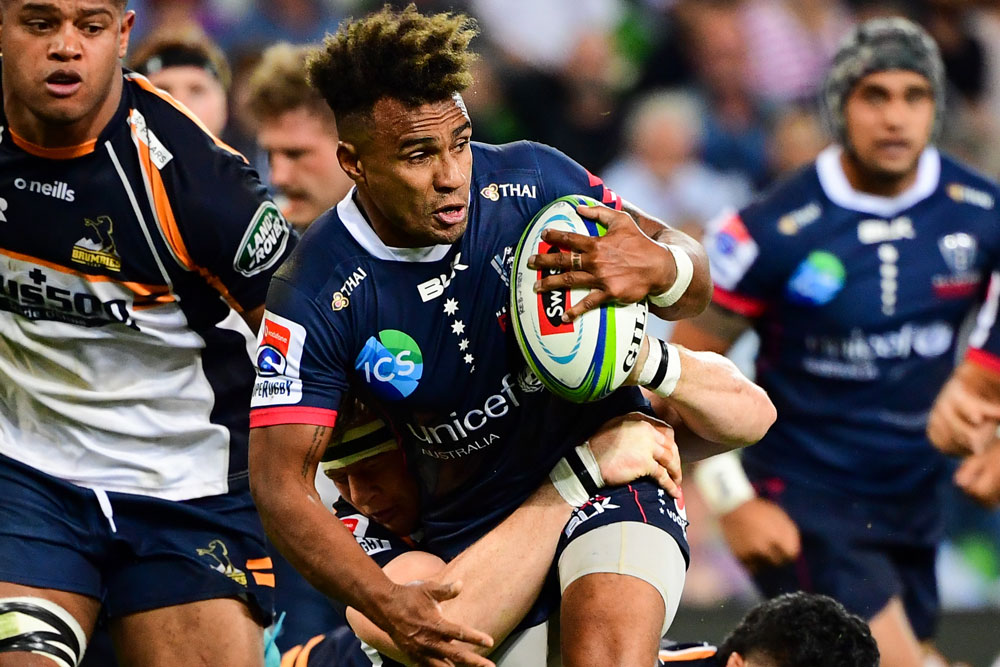 Genia and Cooper's departures will provide some handy salary cap relief for the Rebels as well, after a swathe of high-profile signings in recent seasons.

The Rebels only paid a portion of Cooper's salary in 2019 in a deal with the Reds, who had initially contracted him through to the end of 2019 before coach Brad Thorn told Cooper he was not required, but would have had to stump up the full amount had the 10 committed.

The Liners, coached by former Reds mentor Nick Stiles, currently play in the Japanese Challenge League, which is the second domestic Japanese division.

Japan's Top League has a promotion-relegation system and the Kintetsu side will be looking to push its way back into the top echelon in the coming years.

While the Top League doesn't kick off until January 2020, due to the World Cup, the Top Challenge League plays its first round just two weeks after the World Cup final, on November 15.

The Liners announced their new additions on their website on Thursday afternoon with translated quotes from both players.

Genia said in the announcement that he was looking forward to linking up with the team.

"I am very much looking forward to joining Kintetsu Liners," he said.

"I want to play right away as part of a team with a long history and tradition. I am looking forward to meeting Japanese people and getting in touch with Japanese culture.

"My goal is to do my best for the club and to help Kintetsu Liners become the best rugby team in Japan through my own play. It is a great honor to be able to contribute to this team." 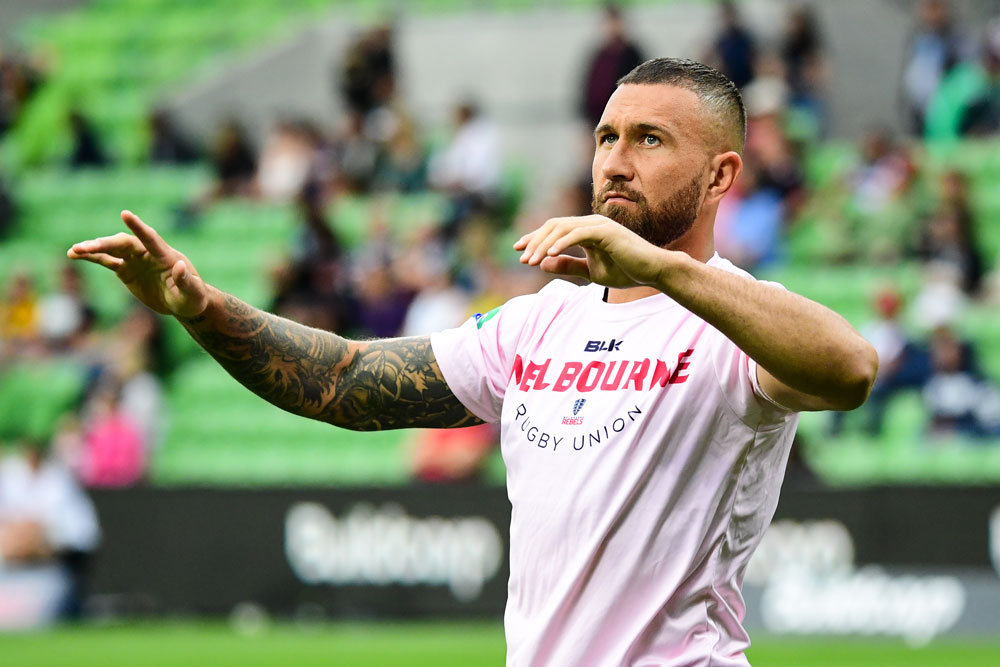 Cooper said he wanted to try and help the team return to the Japanese Top League once more.

"I am very much looking forward to joining the historic team, Kintetsu Liners," he said.

"I am confident that I can contribute at Kintetsu Liners through my career.

"I will work hard to develop my team and teammates, and I will firmly incorporate them to achieve the goal of returning to the top league, which is the club goal.

"In addition, I will do my best to be able to play an active part with the whole team on the stage of the top league."

Melbourne have already shown signs of planning for the future, recently signing Fiji scrumhalf Frank Lomani for 2020 while Matt To'omua would most likely take Cooper's regular flyhalf spot, with the Wallaby playmaker signed on for next season.