In-form Rebels no.8 Isi Naisarani has continued picking up major awards after winning the club's Players' Player gong for the 2019 season.

Naisarani won the top prize at the Rebels' end of season awards, with rookie prop Matt Gibbon also picking up the Spirit of Weary Dunlop award.

Naisarani was voted the team's best player by his peers after a consistently good season, in which he lead the Rebels in total run metres and tackle per game.

It's not the first time Naisarani has taken home such an award after he won the Western Force's players' player in his debut Super Rugby season in 2017, and later won the RUPA medal for excellence later that year as well. 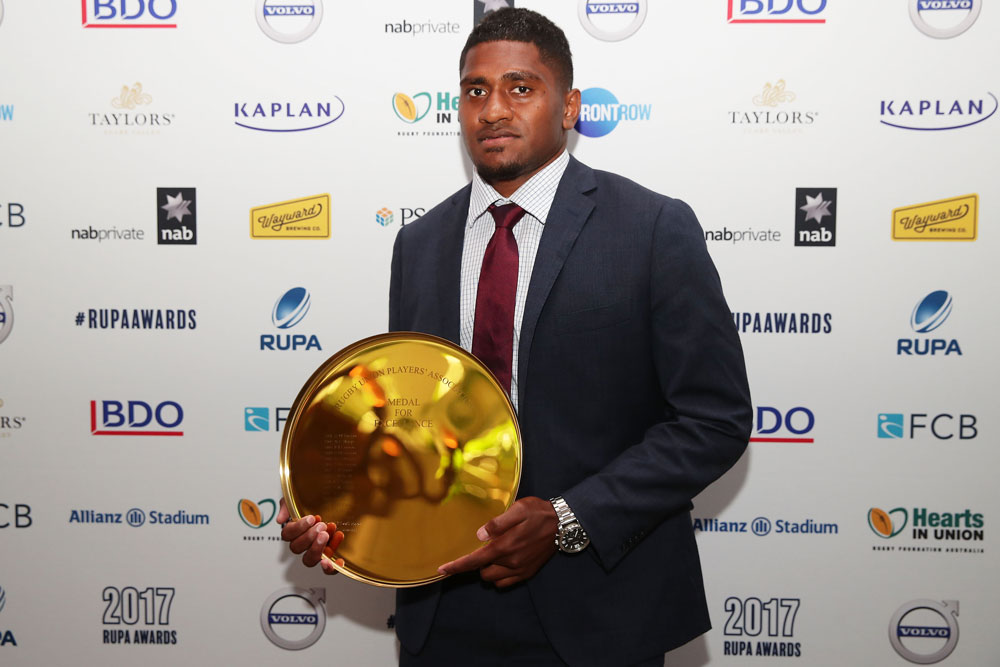 “I am incredibly honoured and privileged to have been named the Players’ Player," Naisarani said in a statement.

“To be recognised by my team mates is something special and very meaningful.

“Within the group we speak about playing to make Melbourne proud, so I just hope my performances and my effort this year on the field is something that the people of Melbourne can be proud of.

“This clubhouse has a very talented group of players with plenty of experience. It makes me proud to know that I have contributed in a way that my players appreciate.

"I would like to thank my family in Fiji and Brisbane for all of their support. They are my inspiration and have been with me every step of the way on my rugby journey".

Gibbon won the Spirit of Weary Dunlop award after his debut season, having only joined the Rebels from Sydney club rugby on a short-term contract last November.

He ended up playing all 16 games for the Rebels.

"It's an incredible feeling to given this honour," Gibbon said in a statement.

"I came to Melbourne on a short term contract at the start of pre-season with the intention of learning as much as I could, but I didn't think I would even still be here when the Super Rugby season started.

"From there, things just snowballed. I was offered a contract before being named on the bench for our Round One, which was just a dream come true.

"In my wildest dreams I never would have believed that I would go on to play every game this year for the Rebels."