TEAM NEWS: Waratahs chasing Hunt, Dempsey out and still no rest for Kepu and Simmons

Daryl Gibson is keen to re-sign Karmichael Hunt after a superb season at the Waratahs but indicated NSW may not be able to afford the dual international’s asking price.

Hunt’s first Super Rugby season as a Waratah came to a close on Wednesday with Gibson revealing a mediate cruciate ligament suffered by the centre against the Jaguares would sideline him for “12 weeks”.

Hunt was replaced by Lalakai Foketi in the Waratahs’ team to play the Rebels on Friday, which saw Curtis Rona also win a promotion and continued to contain the five Wallabies players Gibson conceded still needed a further week off in the last three rounds: Sekope Kepu, Rob Simmons, Kurtley Beale, Bernard Foley and Michael Hooper.

A three-month stint in rehab will throw Hunt’s World Cup chances into major doubt, with all Rugby Championship games will be finished by late August and only a Test against Samoa on September 7 left to stake a claim. 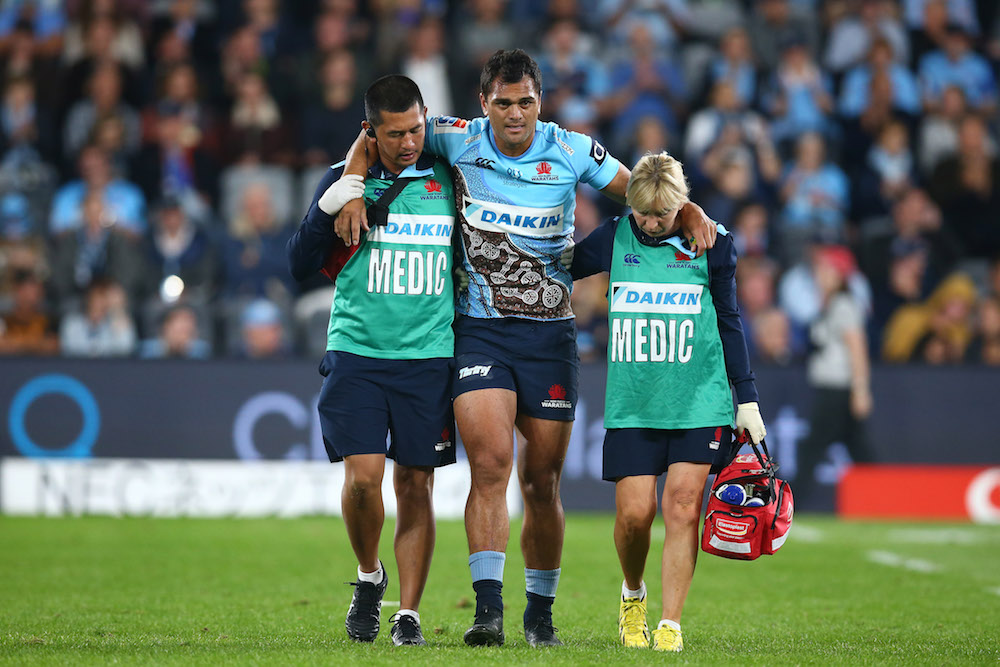 Gibson said he’d been very pleased with Hunt’s contribution to the Waratahs after NSW made the call to look past his off-field issues and give Hunt a shot.

"He has had a really solid season for us,” Hunt said.

"When he first came down here there were a lot of questions regarding his off-field but he has certainly answered those in spades. He has been fantastic for our team and a fantastic leader and he’s had an excellent solid season for us.”

Hunt only signed for a single season, and when asked if he wanted to get him back for next year, Gibson said: "We are certainly having those discussions. Whether we can get to the money he is after is another question.”

A significant chunk of Hunt's wages were paid by Queensland this season, given he was originally only due to finish up a big-dollar, three-year deal at the end of 2019 with the Reds.

It's unlikely Rugby Australia would be willing to contribute much, if any, for the 30-year-old's future salary so the Waratahs would be on the hook for the whole lot in 2020 unless Hunt dropped his price.

Gibson said Rona’s form had been “irresistable” in the last few weeks and deserved a call-up in the place of Cam Clark.

Jack Dempsey continued to be left out after he suffered a serious back injury against the Sharks over five weeks ago.

Gibson said there had been grave fears for Dempsey’s career initially, but that the backrower had turned a corner and had resumed training.

"Jack is still not 100 per cent and I am not willing to risk him,” Gibson said.

"He took a significant injury to his back against the Sharks, so much so that we were really concerned for him for his future.

"The last two to three weeks he has started to turn that around. At the moment it is still a risk putting him out there. We are going to hold him for a little longer. 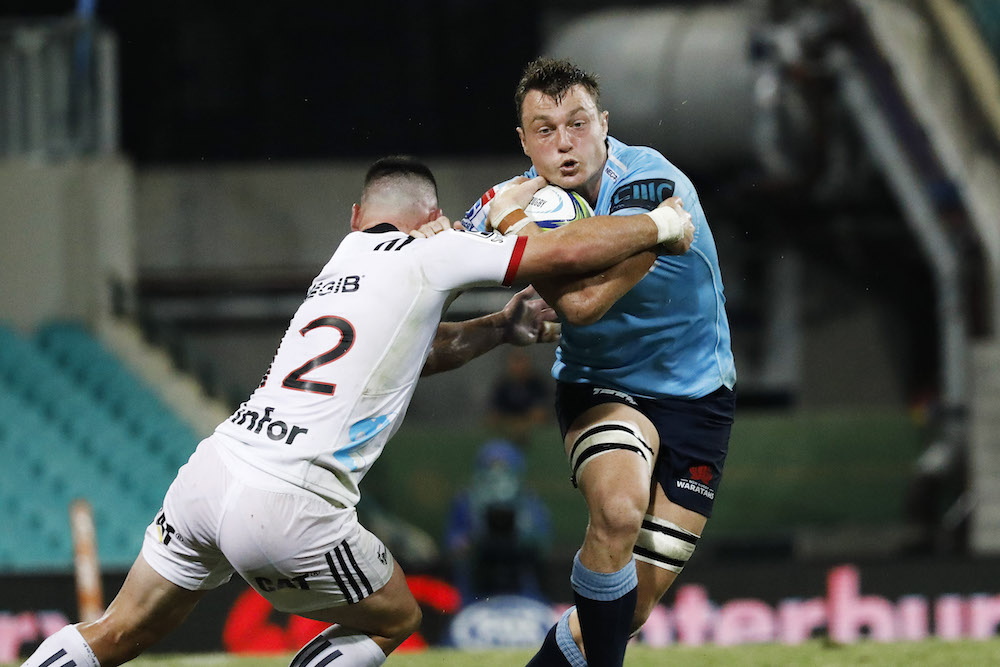 "He is carrying a fair few injuries. We are just being conservative with Jack because we know there are bigger opportunities there for him if he can get his body right.”

Gibson said he still had to rest Kepu and Simmons for a match as part of the agreement with the Wallabies’ program, and Hooper, Beale and Foley were all due a second week.

The resting schedule is understood to have been based on workload during the 2018 season.

The Waratahs have a very slim chance of making the finals, but Gibson said he’d named the players to help them push their Wallabies’ selection chances.

"The next two games are derby games and are essentially Australian trials in my eyes. They are not only playing hard for the Waratahs but are also putting their hands up for Wallabies selection. So there is plenty at stake for them,” Gibson said.

The scenario of the Waratahs needing to win their last game against the Highlanders - but missing five stars - is a possibility, and Gibson indicated last week he’d take that chance because it meant they were still in the race for a finals spot.

"We will field a team. There are plenty of guys who want to play for NSW,” Gibson said.

Asked if he would call up Michael Cheika to re-visit the resting issue if NSW own their next two games against the Revels and the Brumbies, and that last-round scenario unfolded, Gibson smiled: "Hypothetically it would be nice to be in that situation. Yeah, wouldn’t that be a good conversation to have?”

Rival Super Rugby coaches wouldn’t be amused in the slightest, however, given they’ve already rested their star players during the season.

Potentially the only wriggle room would be not sitting Beale, Foley and Hooper for a second game, given they’ve already rested a week each earlier in the season.

The Waratahs take on the Rebels at AAMI Park on Friday at 7.45pm. LIVE coverage on FoxSports, Kayo and RUGBY.com.au Radio