\"I was in a dark place\": Uelese seeing light again on eve of Super Rugby return

From a young age, Jordan Uelese was always in a hurry to get onto a rugby field.

Like when he was two-years-old in his old home town of Wellington, New Zealand, and his three big brothers were signing up on rego day at their local club.

"I just wanted to get amongst it,” Uelese recalls.

"I grew up idolising my brothers and my Dad, I just wanted to get into it. I was one of five boys so Saturday was a traditional thing.

"We’d go watch my brothers play college rugby and then we’d watch my Dad play Prems in the arvo. Then after that we’d go to the club rooms and hang out with the other kids. It was just a thing we did every Saturday.

"My parents tell the story that I cried on that rego day and so they ended up signing me up.”

To repeat, Uelese was two. And the youngest team the Oriental Rongotais fielded was the under-6s.

Uelese explains that he was a bit bigger than most two-year-olds, and would play a few age grades up for most of his childhood. But seriously, two?

"I wasn’t any good. I couldn’t catch the ball and I was playing in my nappies but just to be amongst it and with a love of the game, that was put me on the path to where I am today,” Uelese said.

"I remember I used to sleep in my rugby gear on Friday night. If it was raining and they’d cancel the games, I used to make my parents drive down to the oval to make sure it was actually cancelled. And then I’d cry, because I loved it so much. 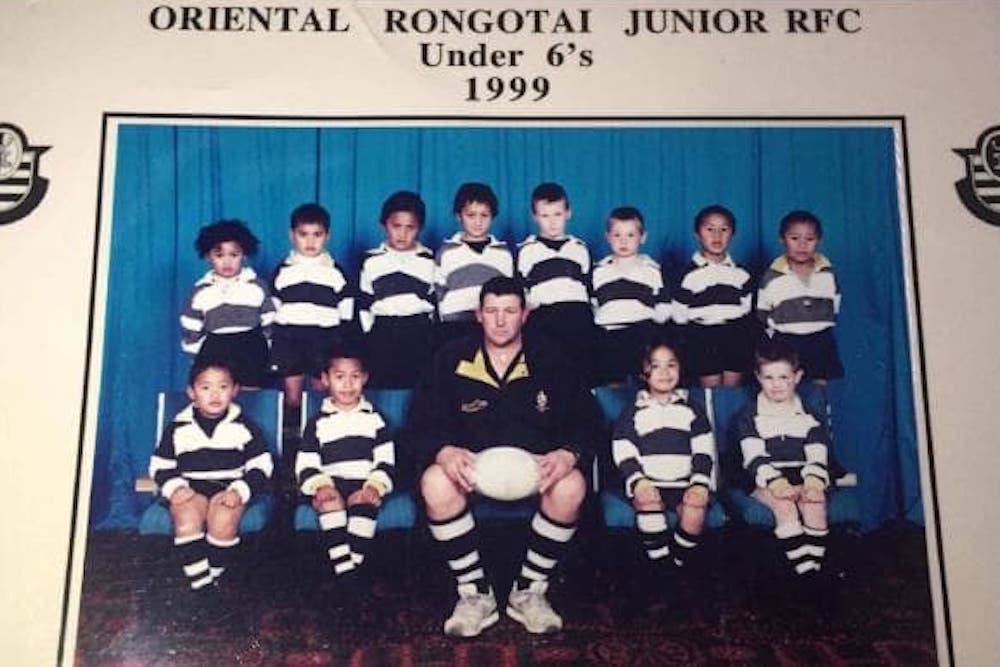 "It’s weird looking back on it now, that I get to do this for a living.”

Uelese grew up, and after a move to Australia at the age of 11, the big kid became a big adult. He became a professional rugby player with Melbourne, and funnily enough, he wasn’t the only one from his under-6s crew to achieve that status.

Also in the team was now New Zealand flanker Ardie Savea, who remains a friend.

"He is a great guy and we still keep in touch,” Uelese said.

"My old man used to play with his old man so we used to float around the club rooms after the game.”

Uelese was a backrower, too, at school but switched to hooker and by the age of 19 he’d earned himself a spot in the Australian under 20s, and a professional contract with the Rebels.

The following year in 2017 Uelese debuted for the Rebels in Super Rugby and later that year the 20-year-old became a rolled-gold bolter for the Wallabies in Perth, courtesy of Test hooker Stephen Moore having a week off to welcome a new baby. 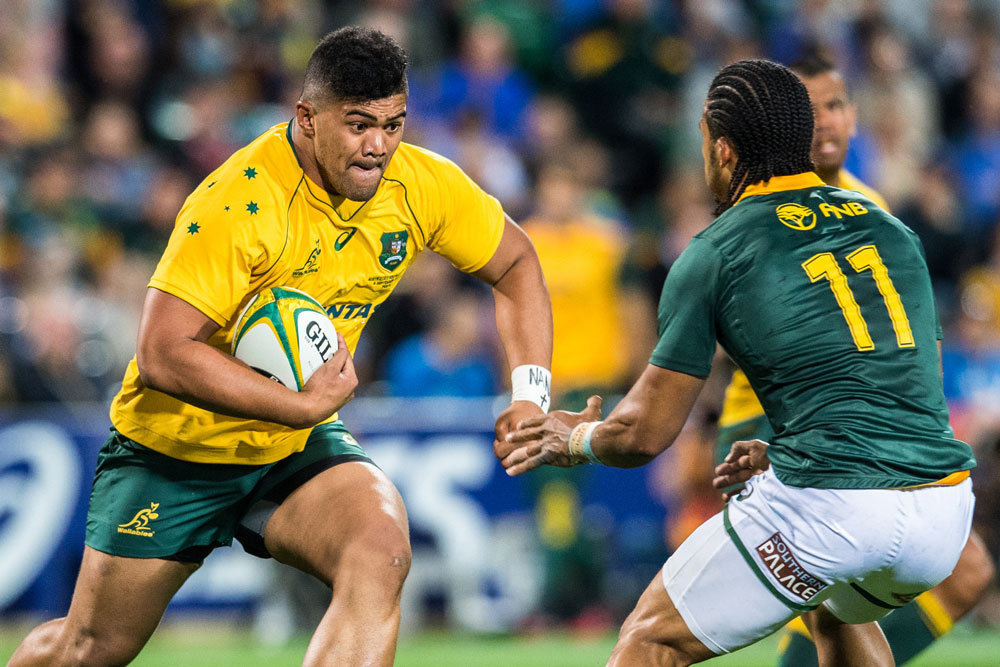 Uelese played two Tests - and against the Barbarians - that year and after a strong 2018 Super Rugby season for the Rebels, the 122kg hooker was named in the Wallabies’ squad to take on Ireland in their huge June series.

In a shattering blow, however, Uelese ruptured his ACL a day before he was due in camp.

So began a long and difficult journey for the powerful young hooker that saw frustrations, setbacks and cautious rehab that forced him to sit on the sidelines for 11 months.

For a young man who was always in a hurry to get on a rugby field, being off it for so long was torture.

"That (injury) was pretty tough, I won’t lie. I was pretty heartbroken and I was in a pretty dark place for a long time,” Uelese said.

After finally getting back on the paddock for Gordon in Sydney club rugby two weeks ago, Uelese returned for the Melbourne Rising in a curtain-raiser clash against the Japanese Wolfpack (alongside his brother Junior).

He has flown to Tokyo this week with the Rebels as one of three hookers, along with Anaru Rangi and Hugh Roach, and may make his long-awaited return to Super Rugby on Saturday; almost a year on from his injury.

Now seeing the “light at the end of the tunnel”  has allowed Uelese to let go of the devastation of last June. 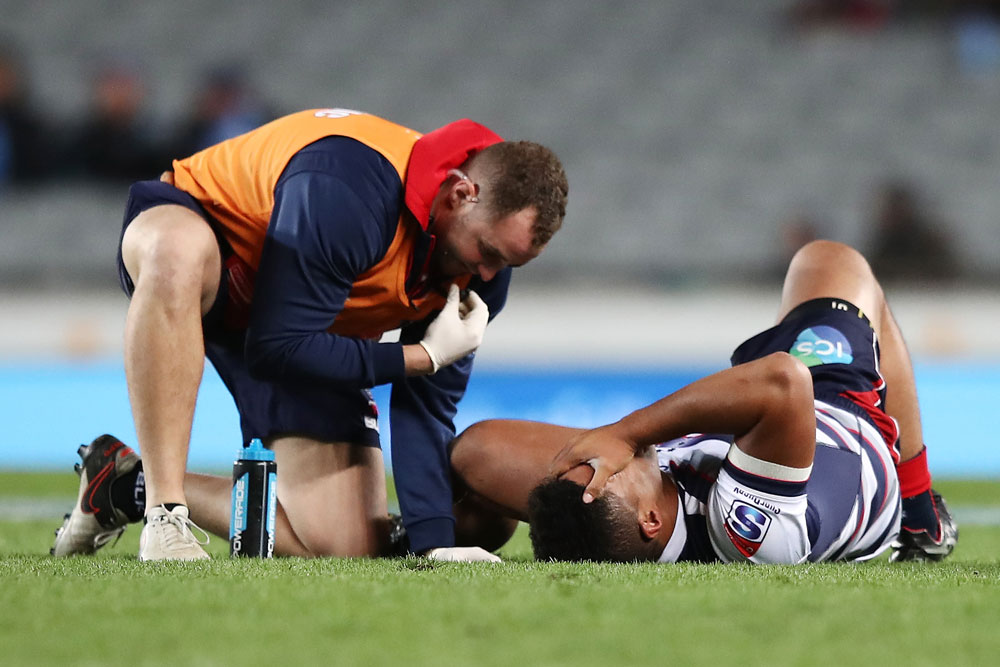 “It’s been a rollercoaster. I first did my knee the day before going into the June series, where I’d been named and was poised to play a couple of games there,” he said.

"So coming off that real high, I was pretty shattered with your whole expectations of the year crashing to the ground. I was pretty grateful my parents where there for me pushing me through the tough times.”

The original plan was for Uelese to be back for the start of Super Rugby but that got shelved when there was a post-op complication that need fixing, and a decision to throw a shoulder operation in at the same time.

"After my surgery, a month or so later, I had an infection in my knee so I had to go back and get that cleaned out,” Uelese said.

“So that was a two month delay and I also had a shoulder reco, so rehabbing them both at the same time kind of pushed everything back a bit.

"I guess it’s also a big year so the club weren’t keen to bring me back too early. Obviously there is a World Cup at the end of the year as well but I am young and these are some big injuries, so the last thing I need is coming back early and doing my knee again when I don’t need to. We have quality players there in the position here at the Rebels."

"It’s been frustrating but it's been a blessing that we’ve had hookers who are good, so I haven’t had to rush back at all. There hasn’t been pressure to rush back early.”

Going through a long, slow rehab inside a team environment is a lonely existence; you are part of the squad but not one of the team.

Uelese is one who thrives on social connection and didn’t enjoy the isolation. 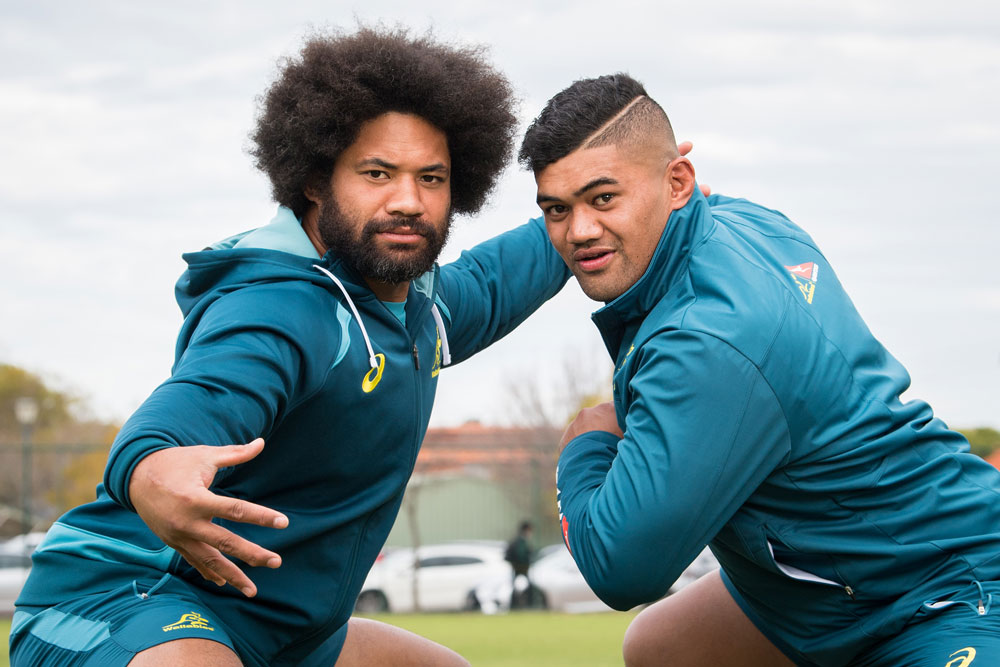 "I won’t lie, there are times when I dropped my head and cut corners, and thought, 'I don’t want to be here’,” he said.

"In rehab, you are not really with the team. You are off at the gym, doing stuff with physios. You are by yourself and you are isolated. You are in a dark tunnel.

“But it is something I have learned how to deal with, and I wouldn’t be here now probably without the support of my teammates and my family. It was hard but I am kind of grateful at the same time.

"I am in the best shape of my life, so I am pretty grateful for that.

"I guess you should be in the best shape of your life if you’re doing rehab for 11 months so that’s the silver lining. I have been able to strip back everything and work on my game.

"I also got to go back and enjoy other things in life. I went back to uni and I am doing a bit of study, bettering myself.”

Along with other Rebels players, Uelese used his downtime to so a course with Elite Athlete Business School (EABS), which is run by former Dragons winger Jason Nightingale.

He is keen to follow Dane Haylett-Petty into a small business venture based on health and nutrition.

"It’s been two years since I last went to uni so it was good to get my mind off footy and do something else,” Uelese said. 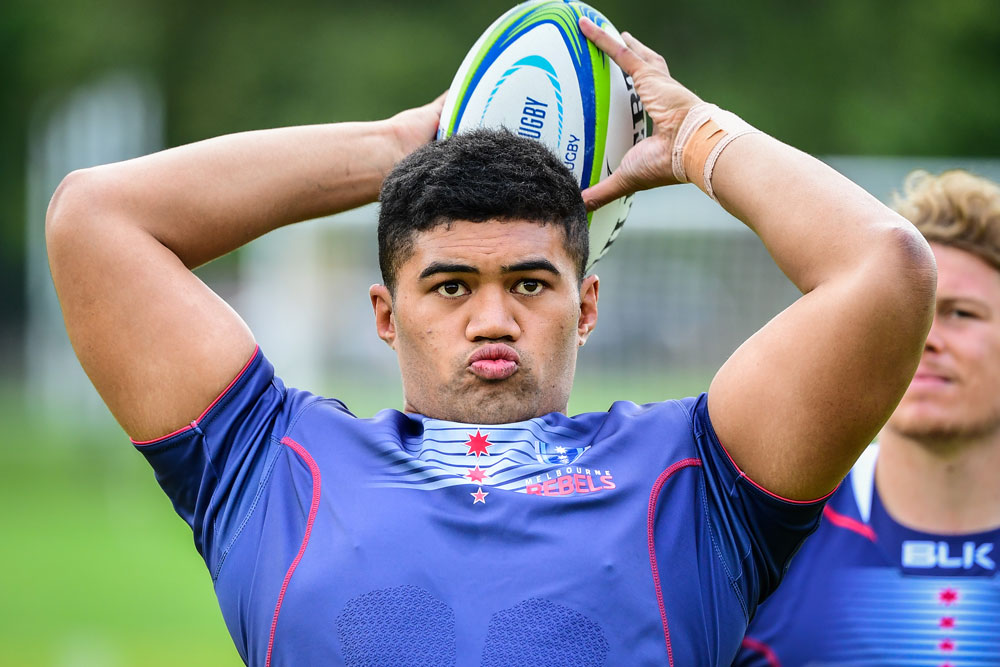 There have been several aborted comeback dates for Uelese at the Rebels this year, and the ticking clock for the 22-year-old throughout it all was the countdown to the Rugby World Cup in September.

Without much game time to press his selection claim, Uelese was concerned he wouldn’t have sufficient exposure to get the nod.

But he was also buoyed by the fact Wallabies medical staff were involved in his rehab, assistant coaches travelled to Melbourne to train with him and coach Michael Cheika has had Uelese at all three Wallabies' pre-World Cup camps, in January, March and last weekend.

"First and foremost I want to get on the field for the Rebels and put in a good performance for our team, and hopefully win our first premiership," Uelese said.

"But I have been in a couple of wallabies camps this year, which has been mentally good for me. To know I am still in their thoughts and be around the team.

"That boosted my morale. I thought my season was done and dusted but growing up I have always wanted to represent the Wallabies and playing at a World Cup. I am grateful to be in and around the plans and that has motivated me to push every day.

"I know I won’t have many games to push my claims but when I get the chance to play for the Rebels, I will be going hard. 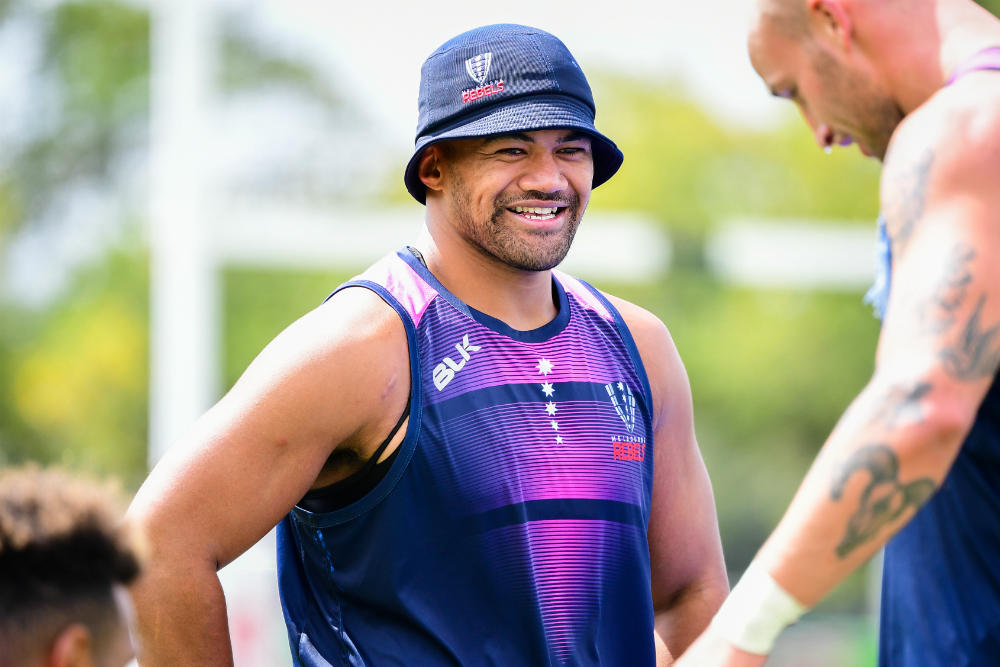 "I know I will have to earn a spot. Playing a couple of Tests before doesn’t mean anything. But I am looking forward to that battle.

Uelese is hoping his injury battles are behind him and he can get back to hurrying onto football fields.

"Mentally it was pretty tough but looking back at it now I am grateful for the journey,” he said.

"It’s helped me mature. I debuted for the Wallabies when I was 20, so a lot happened for me very quickly.

"But I feel like this brought things into perspective with life, as far as footy and for life after footy as well. I am grateful.”