by Emma Greenwood
The Reds have lost Harry Hockings for three weeks after he was suspended for stomping against the Sunwolves. Photo: Getty Images

The Reds will be without lock Harry Hockings for their crucial conference clashes against the Rebels and Waratahs after he was suspended for three weeks for stomping.

Hockings will also miss the match against the Chiefs in New Zealand on May 24 after he was handed a three-week ban for stomping on Sunwolves opponent Rahboni Warren-Vosayaco.

A SANZAAR Judicial Committee Hearing on Monday night found Hockings guilty of contravening Law 9.12: stamping or trampling in the Reds' clash against the Sunwolves at Suncorp Stadium on Friday night.

"Having conducted a detailed review of all the available evidence, including all camera angles and additional evidence, including from the player and submissions from his legal representative, Mark Martin QC, the Judicial Committee upheld the Red Card under Law 9.12," Hampton said in a Sanzaar statement. 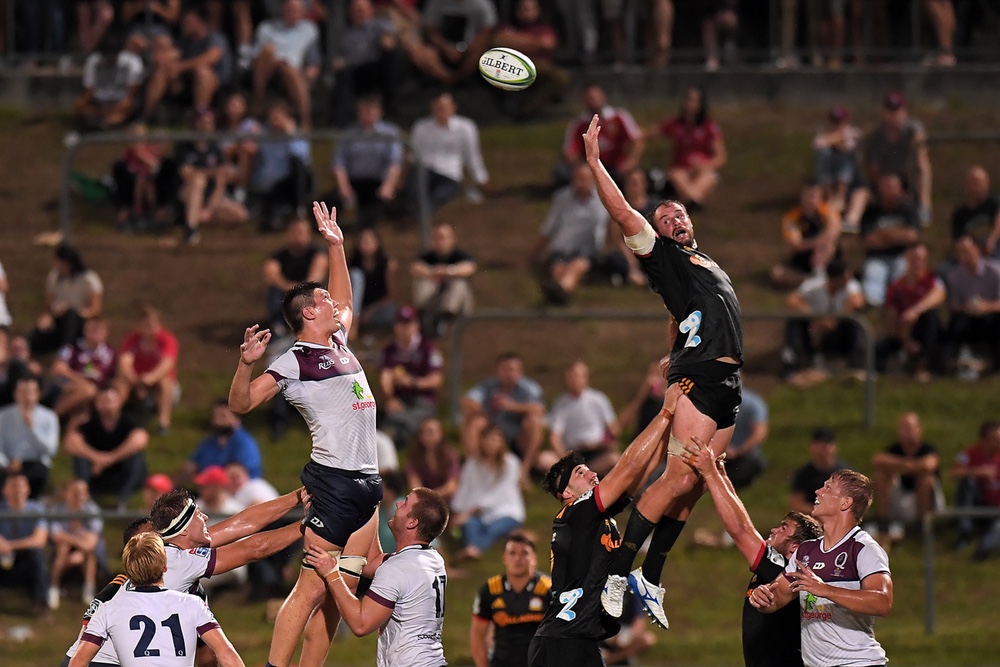 "With respect to sanction the Judicial Committee deemed the act of foul play merited a mid-range entry point of six weeks due to the World Rugby instructions that dictate any incident of foul play involving contact with the head must start at a mid-range level.

"The actions of the player were deemed reckless although the contact made was found not to have been made with significant force.

"Taking into account mitigating factors including the player's clean judicial record, his youth and good reputation, his acceptance of responsibility and his expressed remorse, the Judicial Committee reduced the suspension to three weeks."

Hockings was red-carded in Queensland's 32-26 win over the Sunwolves on Friday night for a boot to the head of backrower Rahboni Warren-Vosayaco in the dying stages of the match.

Hockings kicked out his leg in response to Warren-Vosayaco hanging onto it in a ruck, hitting the no.8 in the head. Warren-Vosayaco was yellow-carded for holding Hockings' leg in the incident but was not cited.

Hockings' card was one of six in the match with Sunwolves winger Semisi Masirewa also sent off after being handed two yellow cards. The winger was suspended for one match for his infringements, which included a high tackle on Reds winger Jock Campbell.

"I'll just sound like a coach defending his player but you get grabbed by the foot - I don't think he was looking at him - and he's tried to pull out of it, goes to stand there and he might have nicked his cheek or something and they gave him a red card," Thorn said.

"Probably the message is: 'Don't hold his foot'."

Hockings' loss could see Junior Wallabies captain Fraser McReight add to his three Super Rugby caps, slotting on to the bench, while Caleb Timu will also come back into contention after finishing a five-match suspension for punching in Queensland Premier Rugby in March.