Rugby Australia has dropped a bombshell by saying it intends to sack Wallabies star Israel Folau over a controversial homophobic social media post.

Exactly twenty-four hours after the deeply religious Folau posted a message on Instagram saying homosexuals would go to hell, Rugby Australia and NSW issued a statement denouncing the “disrespectful” message.

Folau’s employers said they’d spent the day attempting to contact the 30-year-old but without success.

Rugby AU CEO Raelene Castle later clarified that the organisation had managed to reach Folau's manager Isaac Moses, who spoke to the rugby star, but were unable to speak to Folau directly.

Clarification: I was in constant contact with Isaac Moses over the last 24 hours. He did reach Israel however I was unable to speak with him 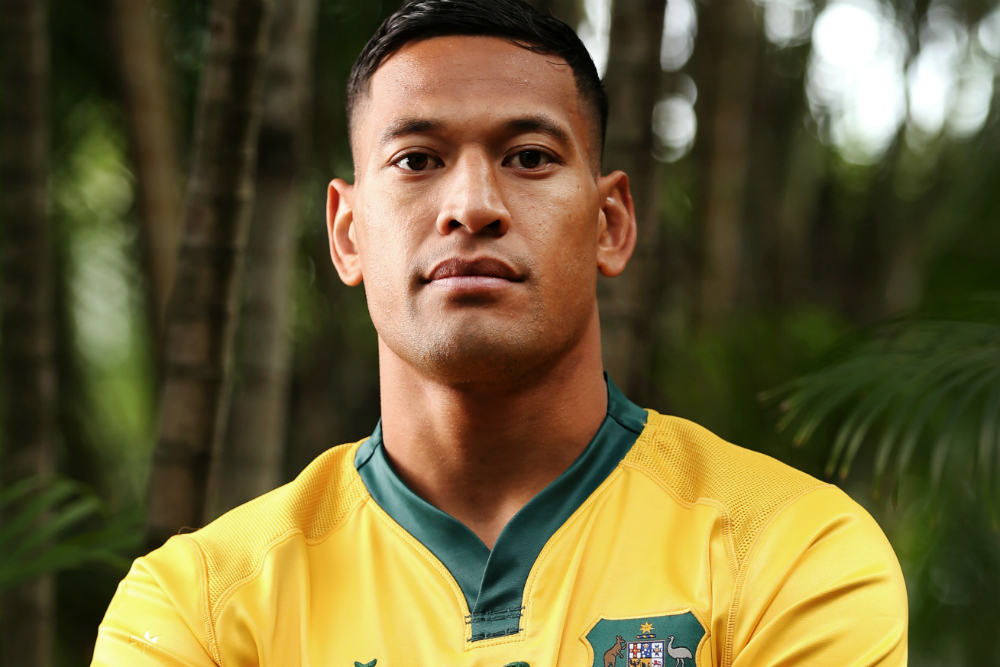 "Rugby Australia and the New South Wales Rugby Union have made repeated attempts to contact Israel both directly and via his representatives since 6.30pm on Wednesday, and at this point he has failed to communicate directly with either organisation,” the statement read.

"Whilst Israel is entitled to his religious beliefs, the way in which he has expressed these beliefs is inconsistent with the values of the sport. We want to make it clear that he does not speak for the game with his recent social media posts.

"Israel has failed to understand that the expectation of him as a Rugby Australia and NSW Waratahs employee is that he cannot share material on social media that condemns, vilifies or discriminates against people on the basis of their sexuality.

"Rugby is a sport that continuously works to unite people. We want everyone to feel safe and welcome in our game and no vilification based on race, gender, religion or sexuality is acceptable and no language that isolates, divides or insults people based on any of those factors can be tolerated.

"As a code we have made it clear to Israel formally and repeatedly that any social media posts or commentary that is in any way disrespectful to people because of their sexuality will result in disciplinary action.

"In the absence of compelling mitigating factors, it is our intention to terminate his contract.” 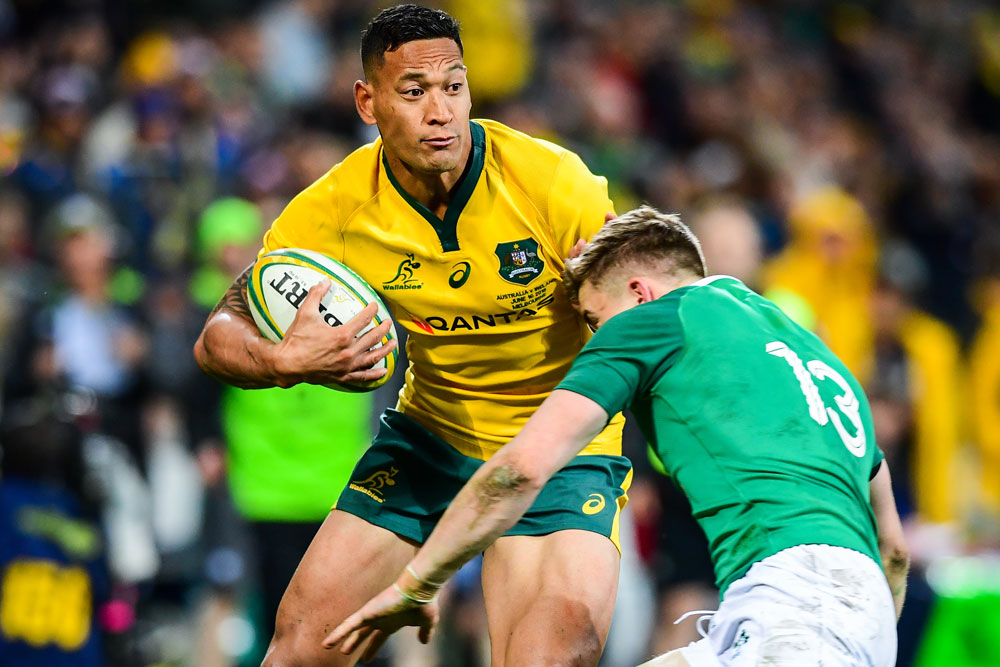 Folau has been in rugby for seven years since switching from AFL in 2013, and has since become the only Wallaby to ever win the John Eales medal three times.

Folau reportedly had conditions about social media use in his most recent contract but Rugby Australia declined to specify the grounds for the intended termination.

It also remains uncertain whether Folau will face a Rugby Australia code of conduct tribunal.

Given Rugby Australia elected to not sanction Folau last year due to fears of legal action, the notice to terminate would appear the governing body believes it has stronger footing this time.

Folau was not due to play for the Waratahs this weekend due the team having a bye in Super Rugby.

Those that are living in Sin will end up in Hell unless you repent. Jesus Christ loves you and is giving you time to turn away from your sin and come to him. _______________ Now the works of the flesh are manifest, which are these , adultery, fornication, uncleanness, lasciviousness, idolatry, witchcraft, hatred, variance, emulations, wrath, strife, seditions, heresies, envyings, murders, drunkenness, revelings, and such like: of the which I tell you before, as I have also told you in time past, that they which do such things shall not inherit the kingdom of God. Galatians 5:19‭-‬21 KJV _______________ Then Peter said unto them, Repent, and be baptized every one of you in the name of Jesus Christ for the remission of sins, and ye shall receive the gift of the Holy Ghost. Acts 2:38 KJV _______________ And the times of this ignorance God winked at; but now commandeth all men every where to repent: Acts 17:30 KJV _______________


The Rugby Union Players Association issued a statement on Thursday night saying they didn’t condone Folau’s social media post "it is imperative that the proper process is followed under the Code of Conduct”.

"We will continue to work with Israel, his representatives, NSW Waratahs and Rugby Australia to ensure this occurs,” it said.

Folau leaving rugby would mark the end of a seven-year career in the 15-man game, in which he played 73 Tests and 96 Super Rugby games for the Waratahs.

The termination would come just five months before the Rugby World Cup and leaves the Wallabies without one of their best players.

But after what has clearly been perceived as a provocative act by Folau on Wednesday night, Rugby Australia acted swiftly after an investigation by the RugbyAU Integrity Unit.

"I'm particularly mindful of young people who are members of our rainbow community, there is a lot of vulnerability there. I totally disagree with what he's said and the way he's using his platform.”

Rugby Australia sponsors made it clear they were unhappy, too.

A spokesman for Qantas, the major sponsor of the Wallabies, told the Sydney Morning Herald they were “very disappointed” with Folau’s comments and they would await Rugby Australia’s response.

The decision to terminate Folau’s contract comes just over a year after he first landed in hot water for controversial religious posts on social media, that faced a similar backlash.

Rugby Australia elected to not sanction Folau at the time, fearful of being drawn into a legal battle over the freedom to express religious beliefs.

Folau remained defiant and said he was prepared to walk away from rugby ahead of compromising his religious beliefs, but the governing body believed they’d talked through the issue and gained assurances Folau would tone down the social media. 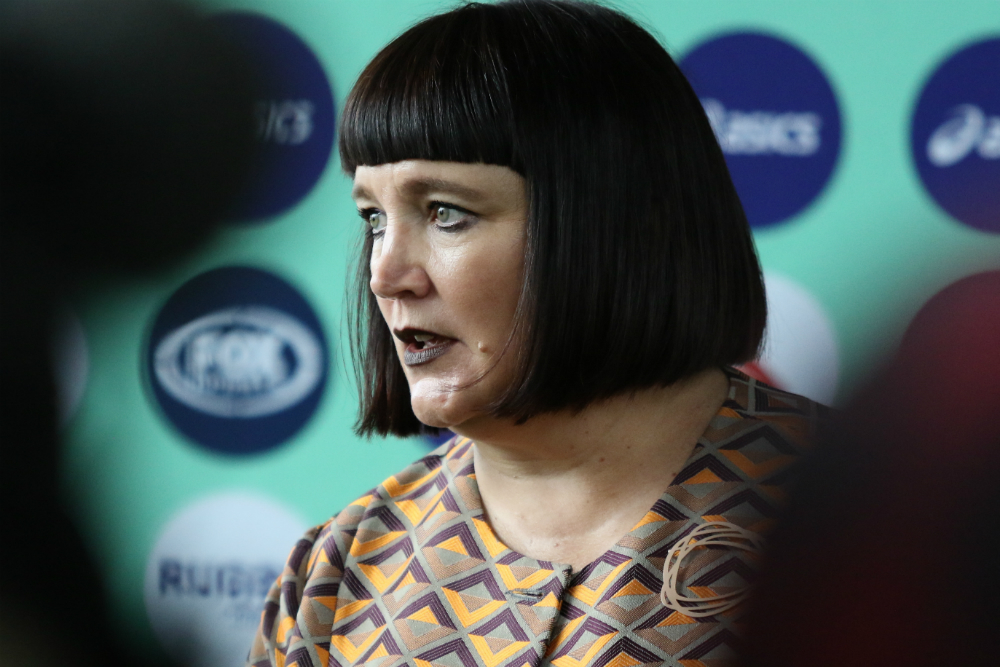 “There’s no doubt we’ve had conversations with Izzy about continuing to present his views in a respectful way. He is walking the line, we’ll continue the dialogue with him,” Castle told Fox Sports' Kick & Chase program in May, 2018.

Castle said last year that dealing with Folau’s controversial social media use last year was the "single most difficult" issue she has had to deal with in her time as a sports administrator.

Wallabies coach Michael Cheika also indicated last year he’d had assurances from Folau that he would no longer post controversial views on social media after understanding the impact on his teammates.

Cheika said he was "confident it is not going to be an ongoing issue”. 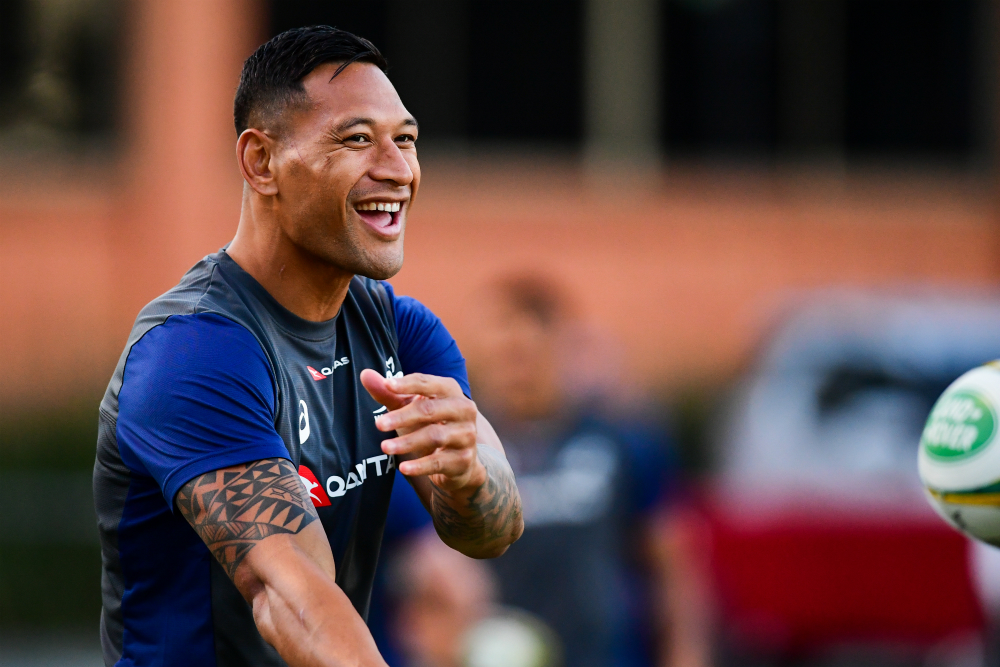 In interviews last year, Folau denied he was homophobic and said he had learned a lot through the controversy.

"It’s a bit of a roller-coaster year, for me, more so off the field with what’s been happening but, to be quite honest, it might sound a bit crazy, but I kind of really enjoyed what was happening off the field," Folau told reporters.

"Not that it happened on purpose, but my identity is based around my faith in God. And I truly believe that from deep down inside, what was happening off the field, even though it was challenging and it was hard, it was actually moulding me into the person [I am] ... and taught me a lot of things that I needed to learn, and I’m still learning now."