Reds captain Samu Kerevi has continued the Quade Cooper blackout, refusing to speak directly about his former clubmate ahead of the flyhalf's Suncorp Stadium return.

The Reds have stuck closely to the mantra that they are focused only on themselves ahead of Saturday's clash against the Rebels, despite the shutdown of Cooper and another former Red Will Genia being key to their chance of success against Melbourne.

Asked about the return of a "former club member", Kerevi noted it would be "interesting", although he was quick to point out it was more than just Cooper returning, with Genia and former Reds flyer Campbell Magnay to line up at Suncorp Stadium.

"(There's) a couple of them actually," Kerevi said.

"It'll be interesting but we've been focusing on us this week and we're not looking too much into their players because they've got amazing players across the board.

"If we just focus on one individual player, we'll forget about everyone else."

Kerevi had been happy to talk about James Slipper, who made his return against the Reds last week, although Slipper - and even Karmichael Hunt, now playing for the Waratahs - were nowhere near as much under the public and media microscope as Cooper will be on Saturday night.

While all three left Ballymore in the off-season when it was clear they would not be picked for Super Rugby, it is Cooper's departure and his factious relationship with Reds coach Brad Thorn that holds most interest for fans.

The Reds players and coaching staff have made it clear they won't buy into the conversation though.

"It's Reds versus Rebels," Kerevi said.

"We haven't talked about any personal battles or any specific personnel.

"It's just about them as a whole team.

"You don't want to blow it out of proportion, it's a rugby game and we want to win.

"They'll be up for it. It'll be a big game for guys returning to Queensland and for us, we just want to focus on us as a team and making sure that we do the little things right."

Those little things will include shutting down halves Genia and Cooper though, as Reds defence coach Peter Ryan conceded earlier this week.

"I think that with any team, if your halfback and your 10 aren't going forward, then you're going to stifle their attack, that's for sure," Ryan said.

"And if that's the case for us this week, then that's perfect."

Kerevi said that started at the breakdown and wants another strong effort from his forwards. 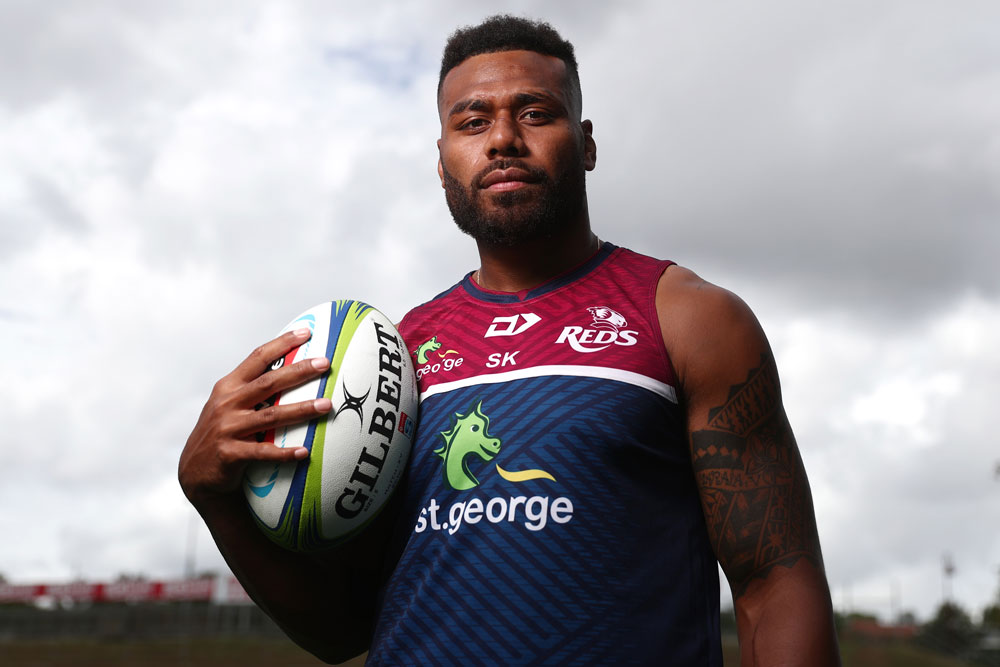 "Their breakdown is really quick, so if Willie (Genia) gets that quick ball, their momentum will start," Kerevi said.

"So that's probably a place that we look at - slowing them down as a team - instead of just looking at Quade because he's got amazing players around him.

"He's got two great wingers in Marike (Koroibete) and (Jack) Maddocks, (Reece) Hodge is coming back at fullback, so we're not looking at any individual player or two of them, we're looking at the whole picture.

"We analyse them as a team, but again, our focus is to make our game better."

Kerevi's comments are likely to be music to the ears of coach Brad Thorn, whose focus on process is trickling down to his players.

It worked against the Brumbies last week, with the most sustained defensive intensity of the season so far and a decent start allowed the Reds to dictate terms, with the visitors' renowned rolling maul unable to become a feature of the game.

"It was looking at their main strength (as a team) and how we can stop that and slow it down and that's what our forwards did for us," Kerevi said.

"Similar to this week. Obviously we understand (the Rebels) and how they play but our main focus is on us."

The Reds will be without Chris Feauai-Sautia, who played his best game of the season in midfield tandem with Kerevi last week, with Duncan Paua'aia slotting in at 12 and Jack Hardy coming on to the bench.

The Reds take on the Rebels at Suncorp Stadium on Saturday, March 30, kicking off at 7:45pm AEDT (6:45pm local) and broadcast LIVE on FOX SPORT and via RUGBY.com.au RADIO.