Rebels captain Dane Haylett-Petty is set to miss six weeks of Super Rugby after rupturing ligaments in his toe.

Haylett-Petty pulled up sore after landing awkwardly late in the Rebels' 36-33 loss to the Lions and scans showed the severity of the injury.

The skipper will not require surgery and will stay with the team for the rest of the tour before returning home.

Coach Dave Wessels said it was an unfortunate setback for the side as they hunt for their first win on South African soil.

"He's going to be out for some time, he'll be out for about six weeks," he said.

"It happened in the game and unfortunately at a time when he was actually in space so if he got the ball there, he might've gone down the left hand touch line.

"He just landed awkwardly on it in the game and didn't pull up well. Unfortunately he's out for some time." 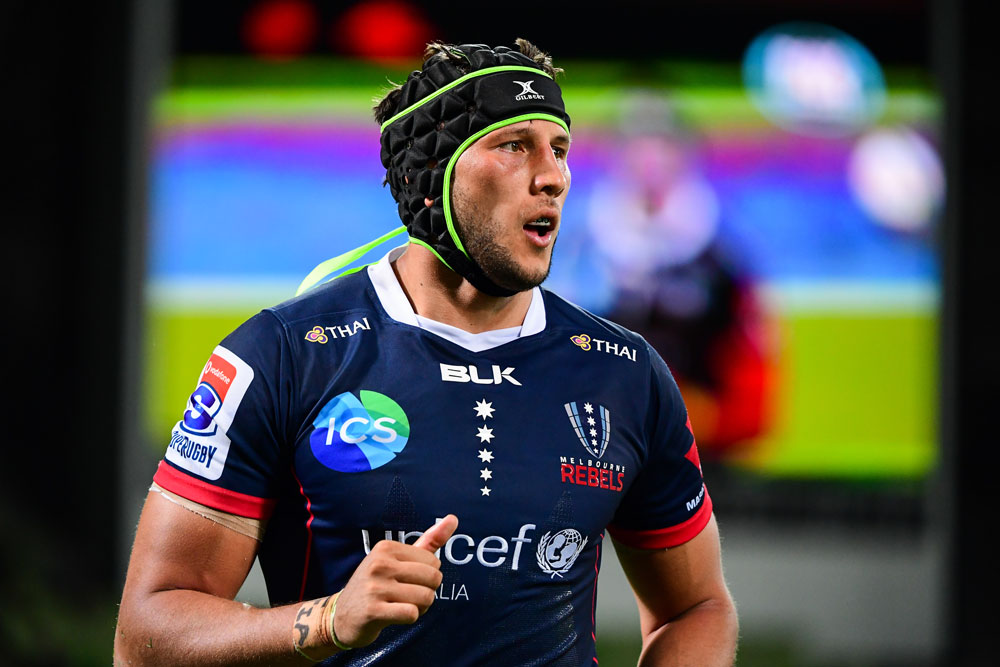 The fullback is one of five Wallabies missing the game, with Adam Coleman, Isi Naisarani, Will Genia and Marika Koroibete being rested for the round six Durban match.

Their absence has triggered a reshuffle among the team with Angus Cottrell starting at no. 8, Michael Ruru at halfback, Tom English on the wing, Sione Tuipulotu starting at 13 and Jack Maddocks moving to fullback.

Angus Cottrell will captain the side in Haylett-Petty's absence.

"I think one of the things we've worked hard on the last couple of weeks is our leadership and development in those leadership areas. "

Centre Campbell Magnay has been named for his Rebels debut having overcome an ankle injury suffered playing in Japan's Top League in recent weeks.

The Rebels will name their final bench player later on Thursday night, with Wessels mulling a 6-2 or 5-3 combination.

The Rebels take on the Sharks in Durban on Sunday morning, kicking off at Saturday 5:15pm local, Sunday 2:15am AEDT, LIVE on FOX SPORTS.