A strong start in Sydney could prove vital for Australia's men with the draw for their home tournament announced overnight.

The Aussies take on Argentina, Tonga and South Africa in their pool in Sydney after finishing equal seventh in Hamilton last weekend.

Topping their pool will be vital for the Aussies to try and avoid a potential quarter-final crossover with World Series leaders Fiji, who are in unparalleled form, coming off a tournament win in New Zealand.

The Fijians cruised to victory in New Zealand to draw level with the USA at the top of the World Series standings heading into Sydney.

South Africa will be Australia's toughest pool opponent on the first day of the men's competition, though the Blitzboks haven't been as dominant this season as in recent years. 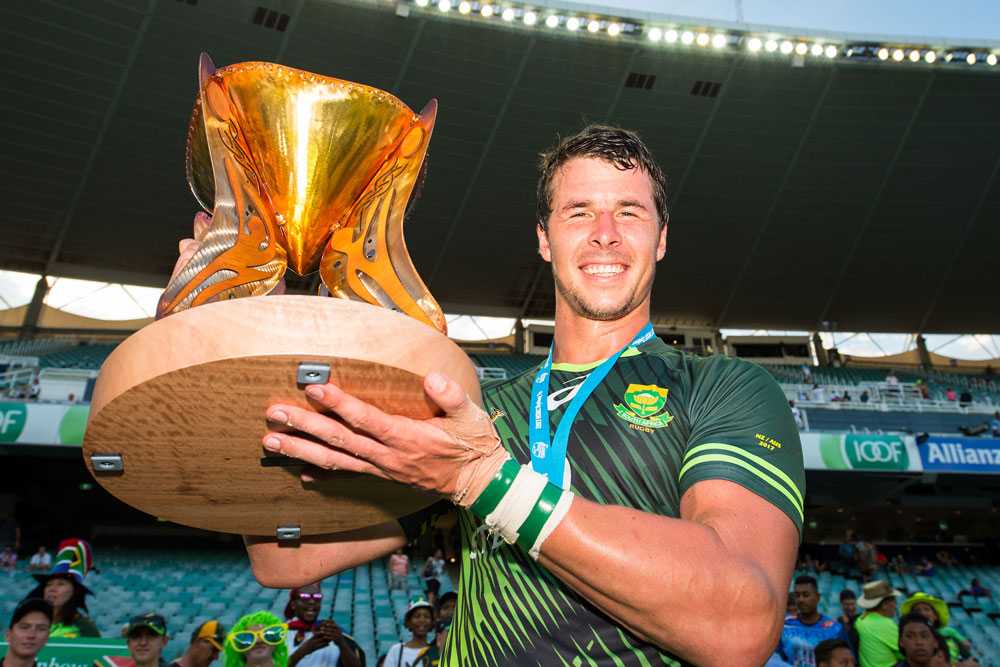 The South Africans finished sixth in Dubai before claiming a bronze in Cape Town and taking fourth in Hamilton.

Australia beat out Argentina in their pool in Hamilton last weekend, playing them in their campaign opener.

Tonga is the invitational 16th team for the Sydney tournament after winning an Oceania qualifier.

Australia won the tournament last year, breaking a six-year Cup trophy drought for the men, and will need to start strong to replicate that effort this time around.

They will be sweating on the fitness of key player Ben O'Donnell for the tournament after he injured his knee in New Zealand.

Australia vs Argentina, 10:28am