O'Donnell in doubt for Sydney 7s, Walsh bemoans another Aussie finals fade out

Australia are sweating on the fitness of Ben O’Donnell for the Sydney Sevens after injury to their key attacking weapon added to the pain of a disappointing fade-out in the New Zealand Sevens.

After showing good form on day one, the Aussie side continued their season-long habit of failing to carry it through to to finals day, and they crashed out to hosts New Zealand in the quarter-finals.

Every point is like gold-dust in an Olympic qualifying year - only the top four of the World Series get automatic spots at Tokyo - but the Aussies then failed to grab the 13 points on offer for fifth spot.


Scotland feasted on the large number of unforced errors and missed tackles by Australia to win the 5th placed semi-final, which left Tim Walsh’s side with a share of seventh and 10 points.

It left them sitting in sixth place on the overall standings, after Fiji drew level with the USA at the top with a win in Hamilton.

Capping a “disappointing” weekend, O’Donnell didn’t take the field on day two after a knee injury incurred at Cape Town flared up.

With the Sydney Sevens starting on Saturday (for men), Walsh said it was still unknown if O’Donnell would be right to play.

“Not sure - we will have to assess him in the morning,” Walsh told RUGBY.com.au.

"It is the same niggle as before, from Cape Town. We will see how he pulls up in the morning and obviously a a player like him, we will give him every chance to see where he is at.” 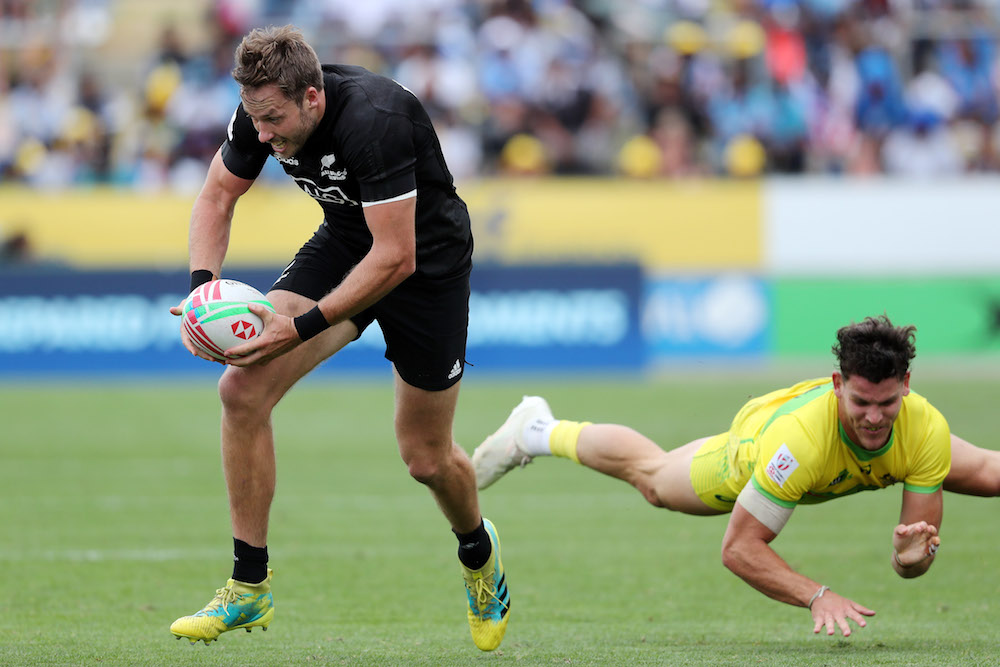 The Australian side were their own worst enemy in both losses on Sunday, with ill-discipline, a lack of physicality and missed tackles hurting them against the Kiwis.

And the same sort of errors cost them against the Scots, who hadn’t beaten Australia since 2015.

"Pretty gutted, particularly the way we are finishing tournaments. We are doing some good stuff on day one and then just not showing consistency."

For a team who relies on multi-phase attack to wear teams down, Walsh felt the Australians were uncharacteristically poor with the ball in hand. Like Fiji a night earlier, New Zealand repeatedly counter-rucked for turnovers against the Aussies.

"Our attack didn’t penetrate, we didn’t get it back and we didn’t respect the ball,” Walsh said.

"The margins for error in the games are pretty small and good teams will crucify you for it.

"We are getting good at different things but we’re not a jack-of-all-trades, master of some, team. We are sporadically doing good stuff and it is not good enough.”

@aussie7s finish strong despite falling to New Zealand in the #NZSevens Cup QF.


With only a few days of recovery and training available before Sydney, Walsh said he won’t make mass changes but it is hoped Jesse Parahi could be right to return and add some much-needed muscle.

Boyd Killingworth (ankle) is also being missed but he is not a chance of playing.

"The beauty of sport is that you can turn things around quickly,” Walsh said.

"We have seen that. So we are not going to go and change everything. We know what we did wrong, and we believe in what we are doing. We just have to do things better.

"It is not new stuff. It is just applying what we are doing in training and getting ourselves mentally right to start winning those games.”

As perhaps the only player to stand up in each game, Maurice Longbottom's form across the weekend was superb. 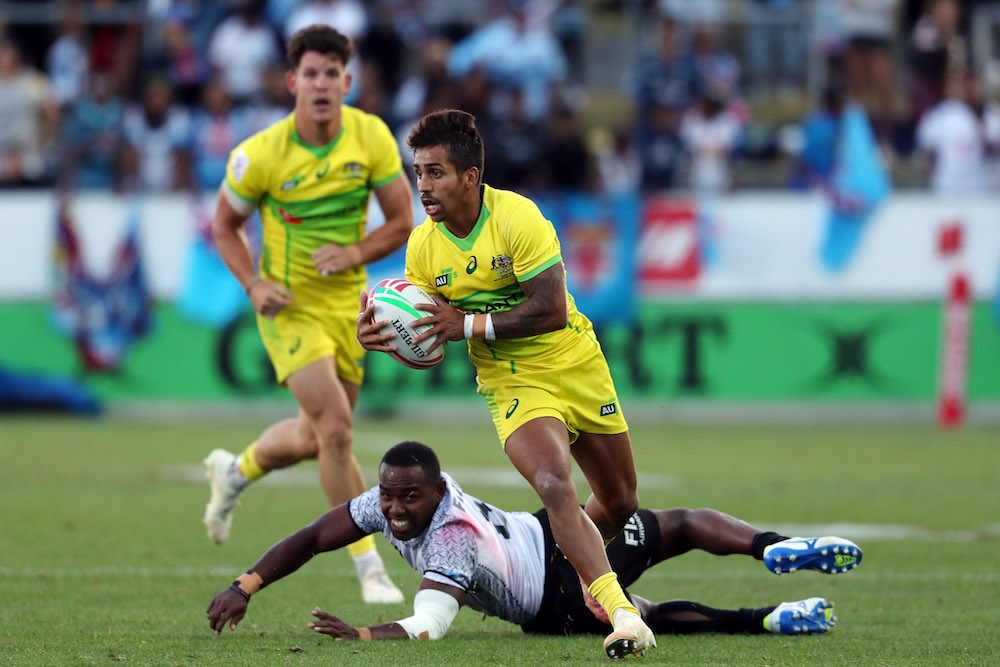 But one of the other bright spots on a grey weekend was the emergence of Jeral Skelton, 19, who played his best tournament in gold after debuting in 2017.

The big ball-runner showed good strength with the ball, and also threw some heavy shots; including one that left him reeling with a stinger against the Scots.

"He did very well,” Walsh said.

"He is obviously got some real aggression and some x-factor, and he was very consistent with his game. There are a few things to work on but overall he did really good.”

Josh Coward scored twice with some good backing up, and looks to be a player of confidence and promise.

It's all square at the top of the #HSBC7s standings.


Walsh acknowledged the Australian team need to start pushing deeper into the finals to accrue much-needed points for their overall goal of Olympic qualification at the season’s end.

"The top three are starting to get away, and England, us, South Africa are in there amongst it. But the top three are pulling away, so it is a battle. But if you have a strong leg and make a final or two, you can start to move up,” he said.

"But if we do lose a quarter, we can’t afford to be not finishing fifth. We have to be fighting for every point. This year you have to be scrapping in each and every game.”