Cooper and Genia: \"We want to build more memories in Melbourne\"

Wed, 16/01/2019, 5:22 amby Beth Newman
Will Genia and Quade Cooper's partnership will forever be linked with their 2011 Super Rugby premiership with the Reds. But the pair are happy to park that memory as they begin their second stint together in Melbourne with the Rebels.

They might be 1700km away from where they started out but Quade Cooper and Will Genia's Super Rugby reunion with the Rebels has the undeniable sense of the band finally being back together.

Their professional careers have been intertwined from day one and though Genia and Cooper haven’t played Super Rugby together since 2015, the link has never really been broken.

Only an injury setback separated their debuts for the Reds with Genia playing in round one of 2007, and Cooper held back a week. 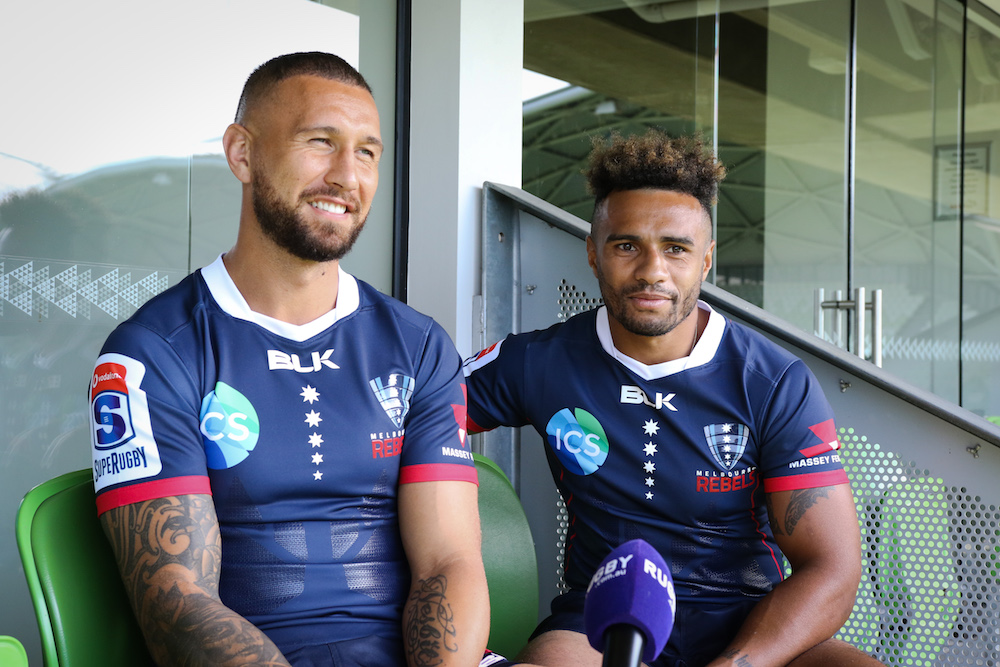 When the flyhalf played his first game in the next round, the connection was instantly slick and both players ended up scoring almost identical tries in the corner at Suncorp Stadium. It would be the beginning a career-long association.

Indeed, it says a lot about the Genia-Cooper combination that the first thing most people asked Cooper when he finalised his Rebels deal was how much he was looking forward to reuniting with Genia, despite their separate paths in recent years.

And even before that, Genia had been quizzed often by media about the prospect of Cooper leaving Brisbane and heading south. Every time the no.9's answer was the same: hell yeah, make it happen.

So it’s not just outsiders excited to see Genia and Cooper combine again. Speaking with RUGBY.com.au in their first interview together as Rebels, the 2011 championship-winning duo can't hide that they are looking forward to it as much as anyone. 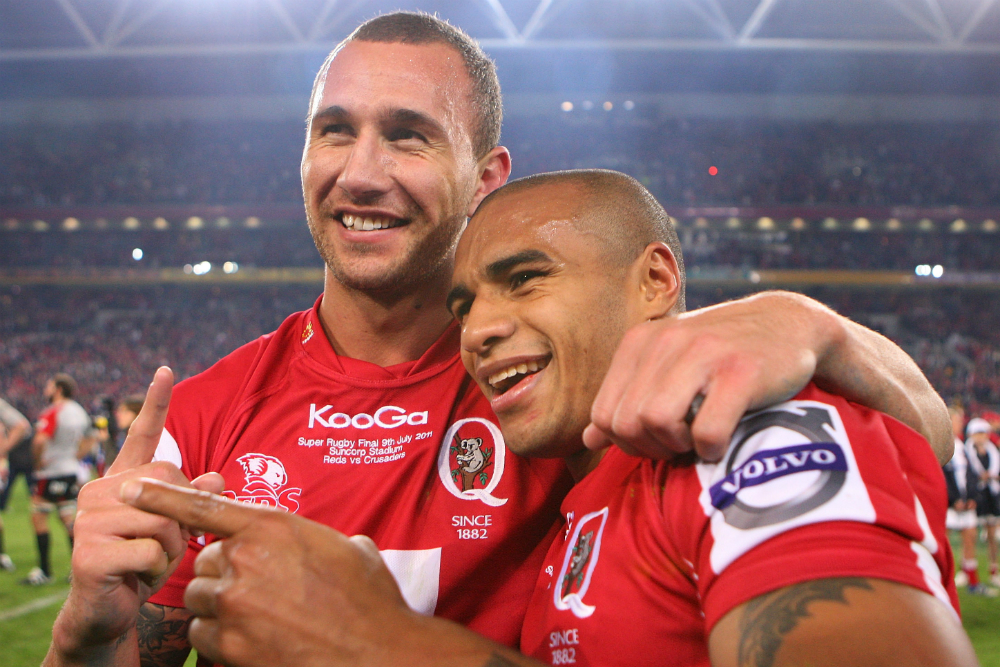 “I guess for me it's that we had some great memories together,” Cooper says.

“It's not about remembering the past or anything but just more so getting the opportunity to create some new memories.

“We're both hit our 30s now, so the memories that we're able to create in our younger days, they're some special memories and no one can ever take those away but being able to get the opportunity again to create some new memories I'm really excited about that opportunity. “

The pair have known each other more than half their lives, and their first meeting is as vivid as any game since.

“I was playing for Wests rugby club (in Brisbane) and we'd played Easts a couple of times the year before and we'd pumped them.

“I remember rocking up one time and this bloke with real long curly hair (was playing for Easts), I was thinking, “Who's this bloke?” He just came up and absolutely tore us apart.

“I think they put 50 on us and there was a guy by the name of David Pocock playing 12 as well. 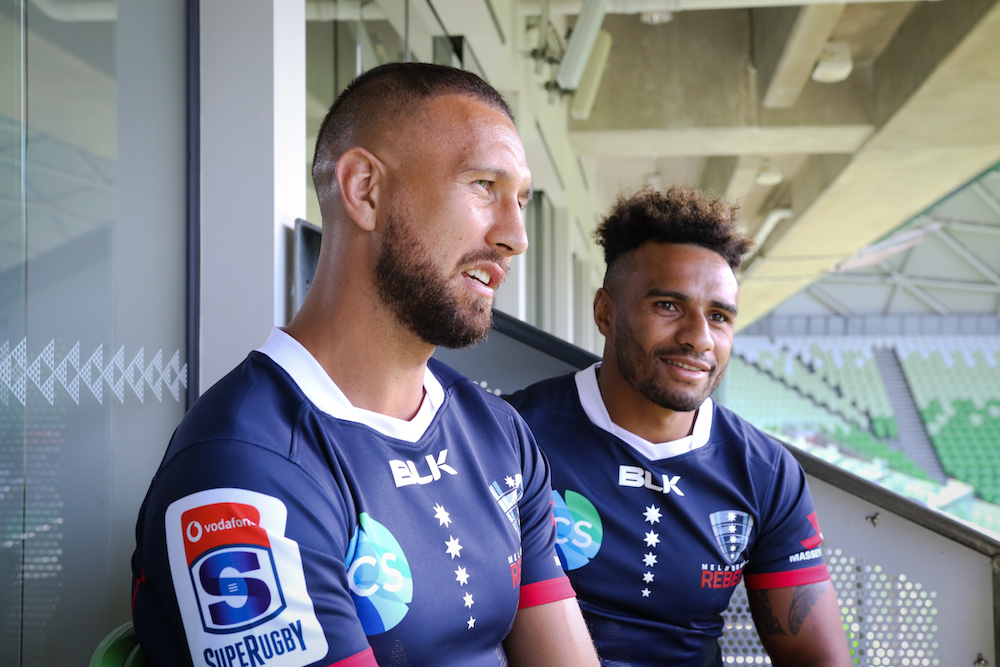 “It wasn't a good day for us but yeah it's crazy to think that I've known him for 16 years now, which is incredible and shared so much of that rugby journey together.”

Cooper has little trouble recalling that match, going up against a slightly bulkier Genia who sported an afro as a teen.

“His running game back then just phenomenal . That's one of the things that has made him a world-class player. Just excited to be able to get the opportunity again to run out on the field again and hopefully we can create some similar memories that we have had.”

Though Genia might be leaner and Cooper’s locks are buzz-cut short these days, they still share the same admiration for each other that they did as club juniors.

It’s a time-worn connection that makes them sure they will be able to slip back into their on-field combination with ease.

“When you build a relationship and a mutual respect for someone, it's a hard thing to lose,” Cooper said.

“This guy next to me has had some great success throughout his career and I've been very fortunate to be a part of a lot of that and also some of it I haven't been a part of.

Riding with my OG again 🔥


“For me it's like watching a brother go out there and have success in their chosen field, what they want to do. I have the same feeling seeing my younger brothers do well in their sporting endeavours and their life outside of rugby.”

Genia adds: “We both see the game in a very similar way and respect the way we see the game but also there's trust."

“There's plenty of times we played together where we've had huge blowups on the field and then you just have a laugh about it afterwards because I know he genuinely wants what's best for me and for the team and likewise I want what's best for the team," he continues.

“It's all just built around success and from my perspective a genuine great admiration for the way he plays the game and the way he sees it and then through that just a desire to want to play with him.”

As teenagers, the pair say they were really just “kids enjoying the game” and that’s a feeling that both have recaptured in recent years in different forms.

“We were just kids enjoying the game,” Cooper said.

“A lot of these young guys, they come in and take it a little too serious in terms of putting a lot of pressure on themselves.

Congrats to my lil mate @willgenia on reaching 100 tests 🏏.. we had a special partnership & can’t wait to reunite soon at the @melbournerebels ✊🏾


“When you take a lot of that out and realise they're just kids that are enjoying the game.”

With their reunion locked, the goals for 2019 are simple in Genia's eyes.

"I want to win. My desire to win and be competitive and win it all has never changed and it's a really good group of people,” he said.

“The thing I've really enjoyed being here last year and then coming into this year is just good people.

“Everyone wants to work hard, everyone's on the same page, there's no ego, no pork chops or people who carry on not just the playing group but the organisation”.

“It's just a place where you can come and can work and be happy and want to be the best you that you can possibly be.

“That's really conducive to creating a winning environment. Enjoy myself, be happy and continue to grow as a player and a person."