Rising Reds superstar Izaia Perese has turned his back on rugby after failing to report at Queensland preseason training.

The star Queensland winger has not been sighted at Ballymore since preseason kicked off a fortnight ago and RUGBY.com.au understands it is highly unlikely he will ever play for the Reds again.

He has secured a deal which will see him join the NRL's Brisbane Broncos in 2020 and has been locked in a stalemate with the Reds ever since.

Perese has been seeking a release from the final 12 months of his contract through the back half of this year but the club, as they have with Quade Cooper, James Slipper and Karmichael Hunt, have played hardball.

They have refused to release the 21-year-old up until this point.

It is understood an agreement has now been reached, marking the end of Perese's incredibly promising rugby career.

As part of that agreement Wallabies and Rebels winger Sefa Naivalu is tipped to join the club. 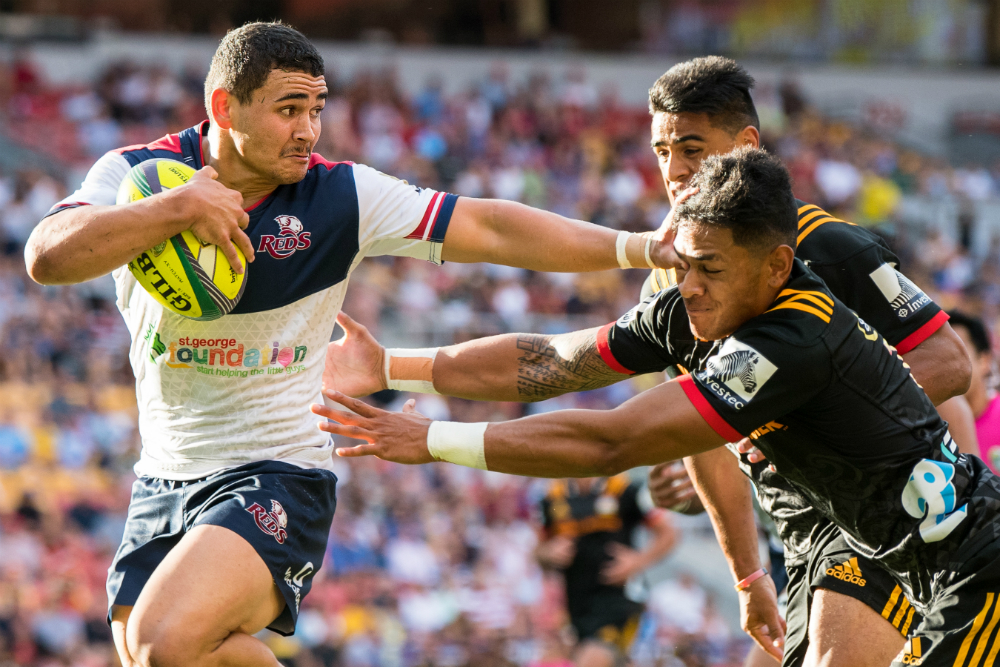 Melbourne's wing stocks are stacked and Naivalu would be a certain starter on the Reds' flank, making the move a logical decision for all involved.

Sources at the QRU say they are disappointed to lose a player of Perese's calibre but believe they have done everything they possibly could to try and sway the star back.

The club did not force Perese to play NRC as he took time away from the game for personal reasons and subsequently did not push him to report at preseason either.

Unfortunately not even the lure of a Wallabies debut was not enough to keep Perese in the 15 man game.

Since suffering a partial ACL tear at the start of the year which plagued his 2018 season the 21-year-old has not been happy and he sought a return to the code he first starred in as a junior in the months which followed.

It's understood he will spend the upcoming season playing for the Redcliffe Dolphins in the Queensland Cup and will also help run a F45 franchise in Strathpine - north of Brisbane - he purchased early last year.

His defection is a cruel blow for both the Reds and the Wallabies as in 2017 Perese played like a world class attacking talent.

His sharp acceleration, tackle busting ability and defensive tenacity were all exceptional traits and they have been lost to rugby for good.