Carlo returns a man among boys after WA success

A year playing senior rugby in WA – and training with the Force’s NRC team – has given Carlo Tizzano the chance to be a man among boys on the Australian Schools and under 18 tour of the UK.

For the first time, the Aussie tour party has taken a small number of players who finished school in 2017 but still qualify as under-18s.

Tizzano, 18, is one of the four non school-leavers and is expected to play flanker for the Australian team when they begin their three-week tour with a game against Munster Academy in Limerick on Saturday morning.

It will be the first chance for Tizzano to play against kids his age since he left school. The Future Force academy member played open grade rugby for University of WA in the Fortescue Premier Grade this year.

And he not only competed amongst the men, remarkably Tizzano was also voted the competition’s best-and-fairest player and he was then drafted into the Force’s NRC side.

He didn’t get a run off the bench in the NRC but the experience has left Tizzano with a huge amount of confidence as he steps back down to his own age group. 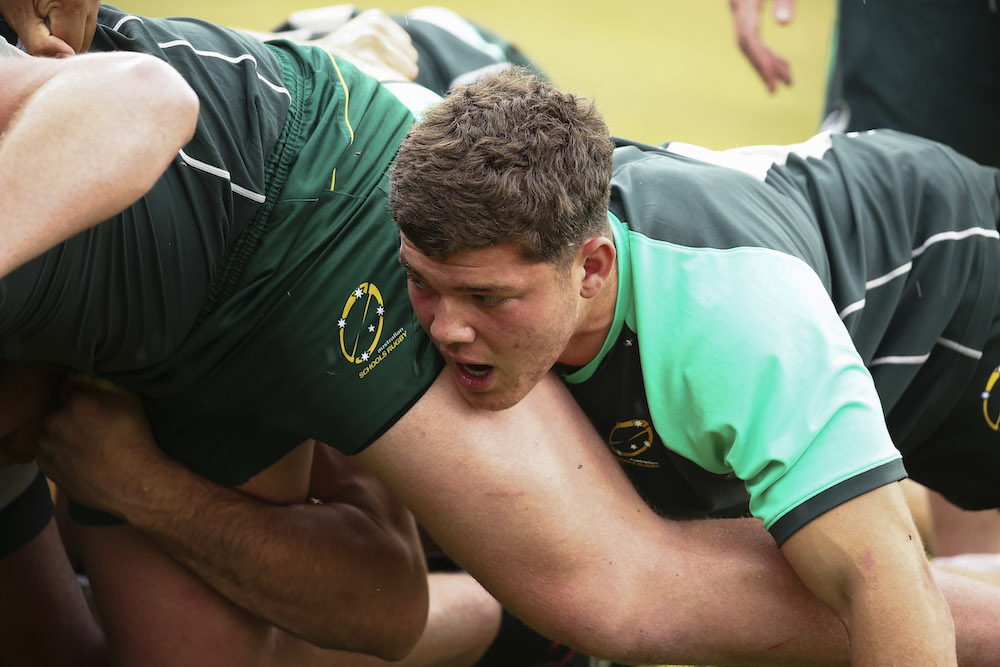 “(Senior rugby) is pretty intense to be honest,” he said.

“The boys go one hundred miles an hour all the time even when it’s just touch. I like that.

“That’s my type of game and I’ve enjoyed it. I’ve learnt so much this year and I’m keen to continue on.”

The 96kg flanker says his experience over the past year have only made him a stronger player which he’s hoping can rub off on his new teammates.

“I’ve learnt just a bit of professionalism over the last year,” he said.

“I’m just telling boys make sure you’re on top of your recovery role, that’s really important to keep your body right specially in camps like this. We’re training pretty much every-day and that’s the real world.

“We train for a living. You have to bring that sense of professionalism otherwise your body’s not going to be alright.

“It’s a little bit weird, going back to my age group but it’s good I like being around guys my age.

“It’s a bit of redemption for me.”

Tizzano was first selected for the Australian Schools side last year after some standout performances for Western Australia.

But the flanker did his knee a week out from camp.

“Fortunately, I made the team but unfortunately, I did my knee a week before camp, so I wasn’t able to take part against New Zealand,” Tizzano said.

The other non-school leavers in the Aussie squad are Jackson Pugh, Viliami Lea and Max Douglas.

The move to add under-18 players into the mix was to align with the Northern Hemisphere model, raising the talent within Australian Rugby from a grassroots level.

It is expected that future tours of Europe will no longer be Australian Schools tours, but instead Australian under 18s tours.