Alaalatoa wants tighthead trio to anchor Wallabies through to 2023

The trio makes up 377kg of tighthead talent that want to bulldoze their way to the 2023 Rugby World Cup.

Alaalatoa has already signed on for what would likely be a second World Cup campaign and he wants his tighthead competition there too.

The competition for no. 3 has been so intense, new Test centurion Sekope Kepu has been pushed back to the loosehead side in recent matches.

Tupou has been a revelation since making his Wallabies debut and his “electric” approach has spurred Alaalatoa on.

“He’s someone who’s played well every chance he gets,” he said.

“He’s electric, he’s a different prop to what we’ve had before, he’s dynamic with ball and in his defence as well.

“If he starts or I start or Keps or Jermaine Ainsley start, having that group is healthy for the team.” 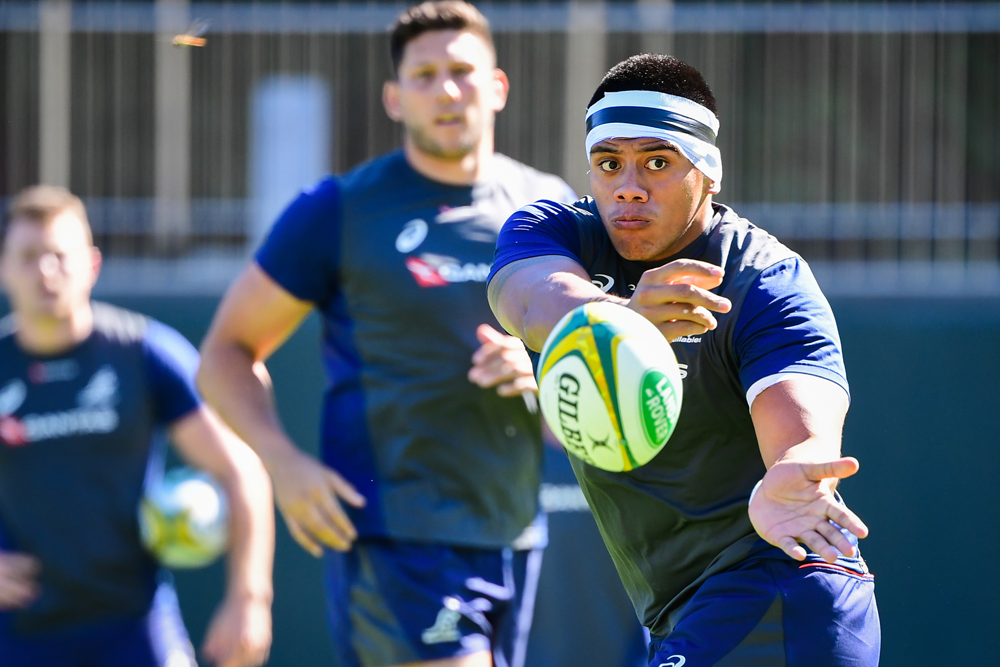 The 23-year-old has played one Test - the Sydney Bledisloe this year - but has generally been on the fringes of the team, working to push the regular starters in training.

That hasn’t stopped him throwing everything at the challenge, becoming an “unsung hero” helping the side improve.

“The unsung hero is really Jermaine Ainsley - he puts his hand up at training and he’s pushing us to be at our best," he said.

While there’s obviously a cut throat jostling for spots, 24-year-old Alaalatoa has no hesitation saying he wants 22-year-old Tupou and 23-year-old Ainsley to follow his lead and commit beyond their current 2020 deals.

“You look at Nela and Jermaine myself and we’re all in the early stages of our 20s,” he said

“To see that show there is a bright future with tightheads for the squad.

“The growth is only going to improve competitiveness in all three of us, it's healthy for the squad and something every position wants as well.”

The Wallabies pack have been in a positive mindset despite a third Bledisloe Test loss, after the Aussies returned to a game plan that gave their forwards more license to take the ball up the middle.

Halfback Will Genia said post-match the side had looked back to their forwards to drive their attack rather than looking to the edges.

It’s a strategy Alaalatoa and his front row mates welcomed. 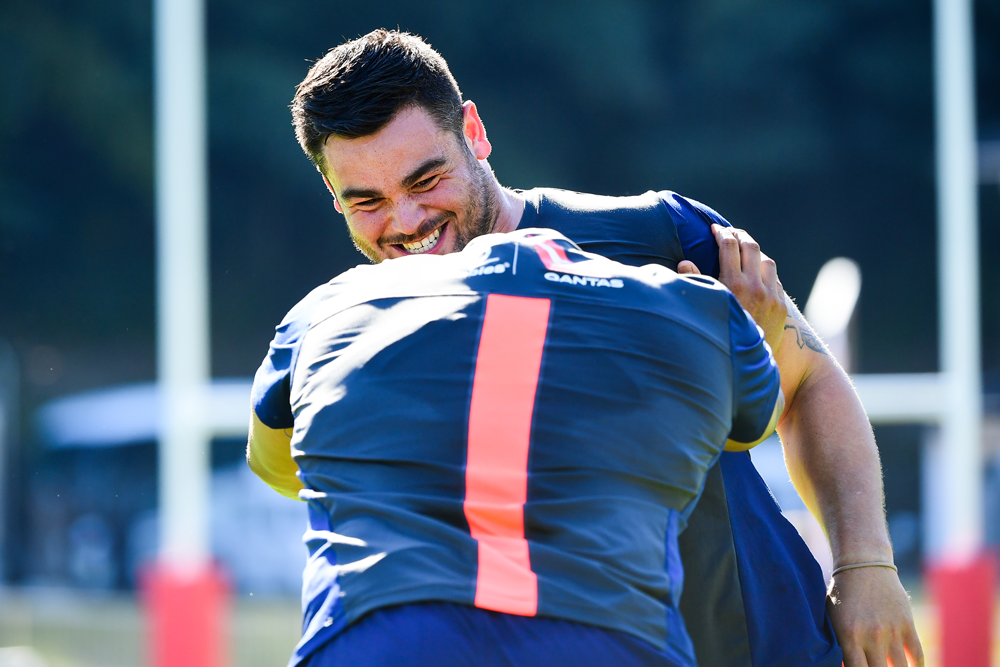 “I think to use us up the middle’s’ been great, it allows us to use different options through the middle,” he said.

“There were a few times last weekend where Scotty (Sio) would go through and give the offload, the running game from forwards has improved.

That allows the playmakers to have a free flowing game too, so if we can continue to do that up the middle, we can allow those players in the backline who have the spark to have some front foot ball.”

Set piece is still a work on for the forwards, with the scrum patchy against the All Blacks, but Alaalatoa said they were in a good frame of mind ahead of the Spring Tour.

"I think it was pretty positive in terms of looking at the perspective from the forward pack," he said.

"We were pretty dominant through the middle with ball carries and defence, but we just need to be more consistent our set piece.

"That's something as a forward pack we're working on but generally we're feeling positive."

The Wallabies are in a training week in Japan this week, with their next Test in Wales on November 11, AEDT.