The lure of finals football and a maiden World Cup berth is stoking the fire burning within Karmichael Hunt.

The banished Reds star has been in superb form for Brisbane City this NRC season and is hopeful of lining up in their win or go home clash against the Canberra Vikings on Sunday despite copping a head knock in City's win over NSW Country.

Whether he lines up or not won't change his desire to play at the game's highest level in 2019.

"This season with City... it's all adding to my appreciation and love for the game again," Hunt said.

"The group of guys we have got and the coaches. 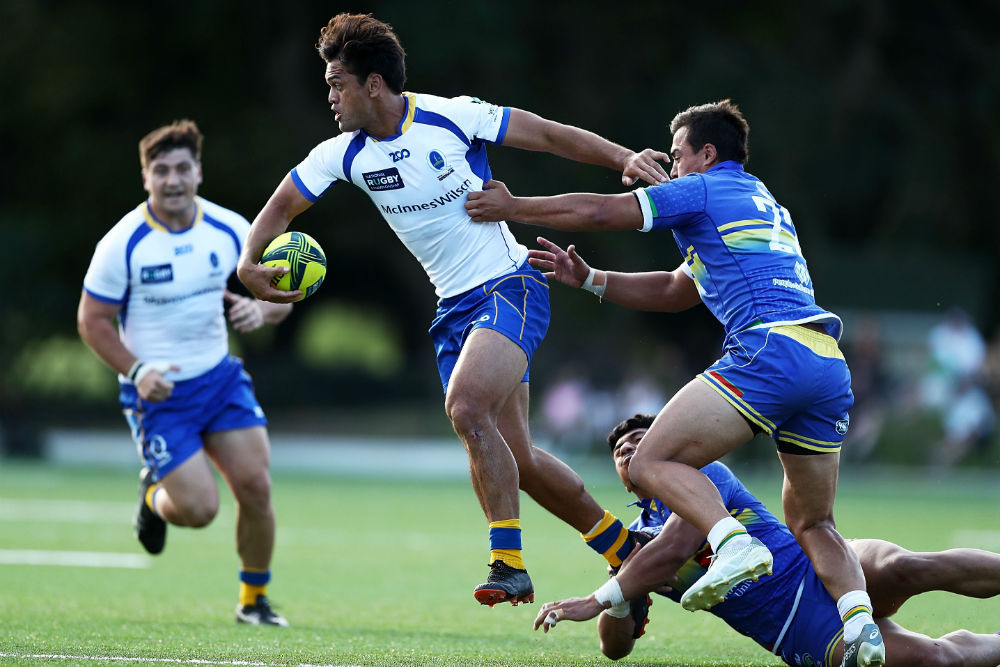 "They're just a bunch of down to earth, hard working lads.

"The fire was still there but it's definitely been sparked a bit more.

"Just being able to enjoy my footy that I've been playing, having an impact has definitely adding more fire to the belly.

"It makes me really want to play Super Rugby this year and get back to the top and that's playing for the Wallabies."

The path back to the Wallabies relies on a return to Super Rugby.

With James Slipper putting pen to paper on a transfer to the Brumbies and Quade Cooper all but assured of a spot on the Rebels roster Hunt doesn't have to look far to see his only way back to the Australian squad may be with another franchise.

It's believed the Reds won't stand in his way if he was to opt down that path but Hunt hasn't budged on his stance to repay the faith at Ballymore.

"My mindset hasn't changed," he said.

"This is home for me up here and I am doing everything I can to try and earn the trust back from the playing group around Ballymore.

"I just want to be here next year and play the football I know I can play.

"Whether or not I get the opportunity we will have to wait and see."


What this NRC season has done is prove to Hunt, more than anyone else, that he is capable of still playing at the highest level.

Off field indiscretions aside his work on the field is as sharp as ever and showed during his time with the Wallabies last year that he was thriving at Test level.

"It's definitely... I have no questions about my ability to play football.

"I really have to make sure I look after myself and play some good football and continue to get better every year.

"I'll be attacking next year wherever it may be.

"Hopefully it's up here but the goal is - as it always for me when you are playing a national sport - is to play for your country.

"With a World Cup there next year I would love to be there."

But before all of that comes the business end of the season with City.

A win this weekend would put the two time champions in the final four and that's a thought which excites Hunt.

"(Do-or-die) was the situation for us last weekend and that's the mindset for us heading into this weekend," he said.

"It's do or die and this week is the start of the finals campaign for us and the boys are embracing and relishing the opportunity to be in such a contest.

"What better way for us to go about it then do it up at home in Brissy."