Michael Hooper and Ned Hanigan are looming as likely inclusions into the Wallabies' starting XV for Saturday's showdown with the Springboks.

Hooper was a noticeable absentee in the Wallabies' first loss to Argentina on home soil in 35 years but the hamstring tweak that made him a late withdrawal for the match is no longer an issue.

That will be music to coach Michael Cheika's ears as the Australian defence lacked zip through a first half where the side amassed 21 missed tackles.

"Hooper's run full speed this week, he should have a full week of training under his belt," Cheika said in Port Elizabeth.

"We didn't want to bring anyone that couldn't complete the full week.

"We didn't have any real half-halfs I don't think.

"A lot of NSW guys got a game during the week, that was good and (they're) right to go." 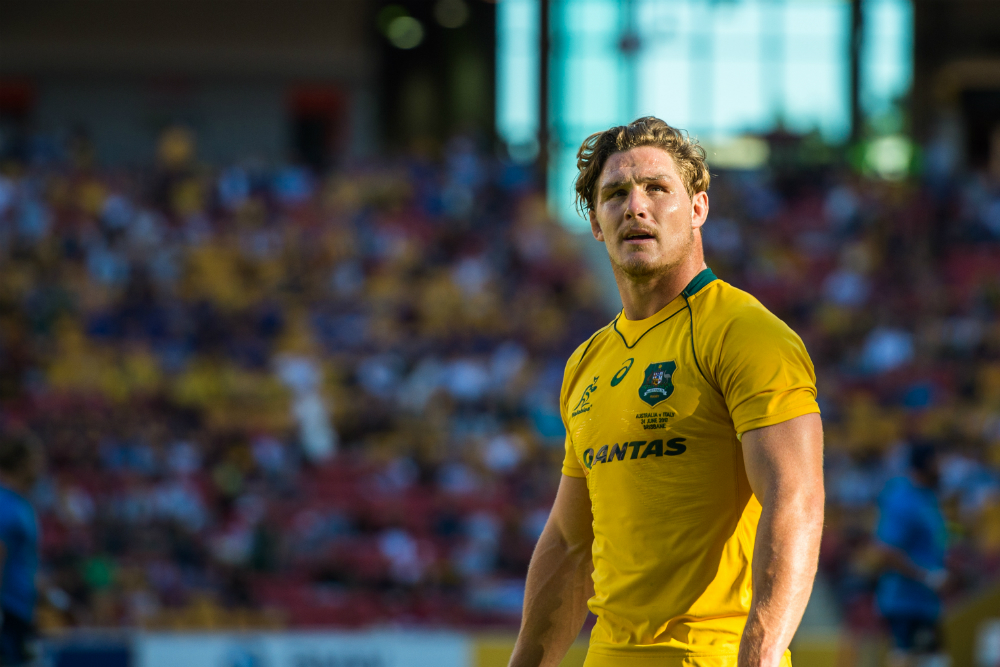 Hooper's likely inclusion fills one of the back row slots left vacant by Pete Samu and Lukhan Tui but Cheika still has a conundrum at No. 6.

After starting the season with David Pocock at blindside and Caleb Timu at No. 8 the coaching staff settled on Tui as the right man to team up with the 'Pooper' combination but he has not travelled with the team due to the sudden passing of his stepfather.

With Samu nursing a knee injury Cheika has been subsequently left with three options.

He can throw Angus Cottrell into the Port Elizabeth furnace on debut, shift Pocock back to No. 6 and start Timu at No. 8, or slot Hanigan in at blindside.

It appears as though Cheika is leaning towards that third option with the Waratahs forward front of mind when he was asked about the available replacements.

"We've got Ned who had a good run there last year and (it) starting to get back to a bit of fitness," he said.

"And Cottrell's here - he's not coming for fun and I imagine he'll put his hand up at training.

"We've got Caleb as well who played in the Irish series."


Timu is somewhat of a known commodity for the Australians having started two Tests against Ireland.

Whether that goes for or against the Reds star remains to be seen but Cottrell is a different case altogether.

He has had limited time training with the squad this season and how he fares at training this week may decide whether he earns his first Test cap.

"I like his attitude, the way he goes about his business," Cheika said.

"It'll be a fair bit to get his head around, I reckon.

"You don't want him to lose sight of what he's good at.

"See how he settles into the first day or two, see how he feels.

"But no-one's been selected just to come and train."

The other significant selection conundrum is in the playmaking ranks.

While Matt Toomua and Kurtley Beale have shown some nice flashes even Cheika admits they are yet to hit top gear as a 10-12 pairing.

Bernard Foley has sharpened the attack when called upon in the last two Tests and he is in line for a potential recall but who he could or should replace is up in the air. 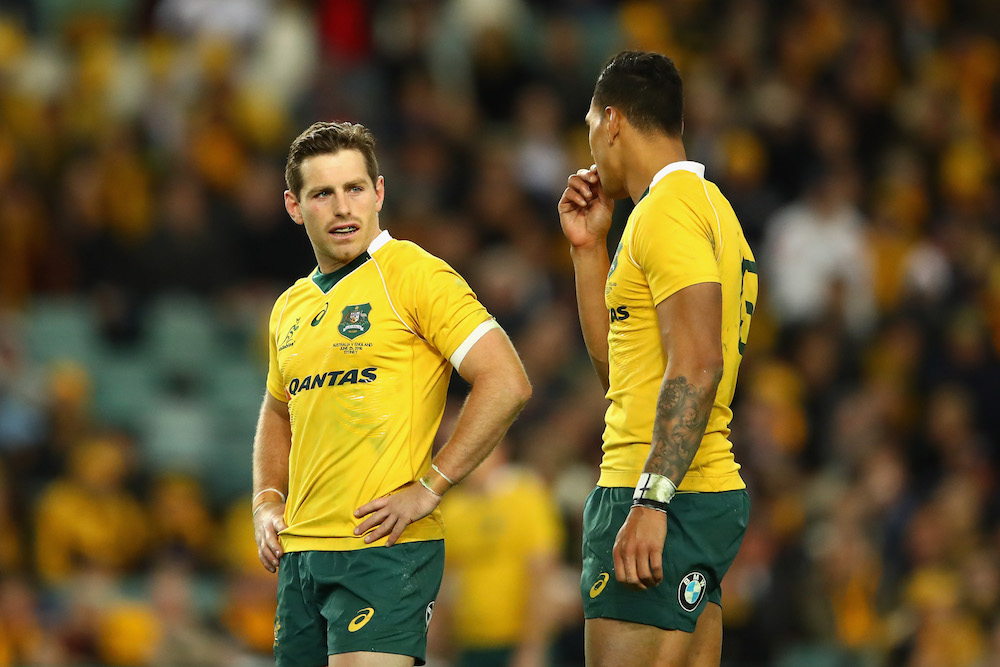 "There are always decisions to make around that. Especially when you have a guy who has played so many games and then you make a change there," Cheika said.

"We wanted to take a look at a different combination there and we will have a talk about it and see how they go together.

"We will decide Tuesday. I could play any combination.

"It's a matter of whether we want to build on the last two games - give those guys another opportunity - or do we throw Bernard back in there?

"I have a pretty solid idea of what I want to do but we will have to let it unfold."

There is no possibility the playmaking trio play in the starting XV together with Cheika heaping praise on Dane Haylett-Petty and his work at No. 15.

The Wallabies boss was also pleased with Israel Folau's new, floating role among a Wallabies attack that had its moments against Argentina.

"I thought he did quite well myself," Cheika said of Folau's game against the Pumas.

"He had some really good touches, he got the ball a fair bit which was good.

"Again, we’ll have a look and see what we think the best combo will be there this week.

"No matter what he is the type of player who can float around a bit.

"We want to get the ball in his hands as much as possible."

Sekope Kepu arrived in South Africa on Sunday night and will join the team in camp on Monday after the birth of his son Judah Paul Wesley Kepu.

The Wallabies face South Africa on Port Elizabeth on Sunday morning AEST, kicking off at 1:05am, broadcast LIVE on FOX SPORTS.