The Wright stuff: How Jack and Christian inspired Tom Wright's return to rugby

by Iain Payten
Tom Wright quit a promising league career to return to rugby with the Brumbies. Photo: Getty Images

A chance to play alongside the “inspiring” Christian Lealiifano, affinity with a expansive new Brumbies style and the opportunity to follow in the Wallabies footsteps of former under sixes rival Jack Maddocks.

Those are the major reasons listed by Tom Wright for his switch back to rugby this week, when the schoolboy whiz turned away from a future NRL career and signed for the Brumbies.

Wright, 21, made headlines on Tuesday when the ACT Club announced they’d secured the playmaker for two seasons; poaching him back from the Manly Sea-Eagles.

Wright was a much-hyped schoolboy star in 2015 at Joeys but after being pursued hard by the Aussie sevens team, he chose to sign with Manly in the 13-man game. 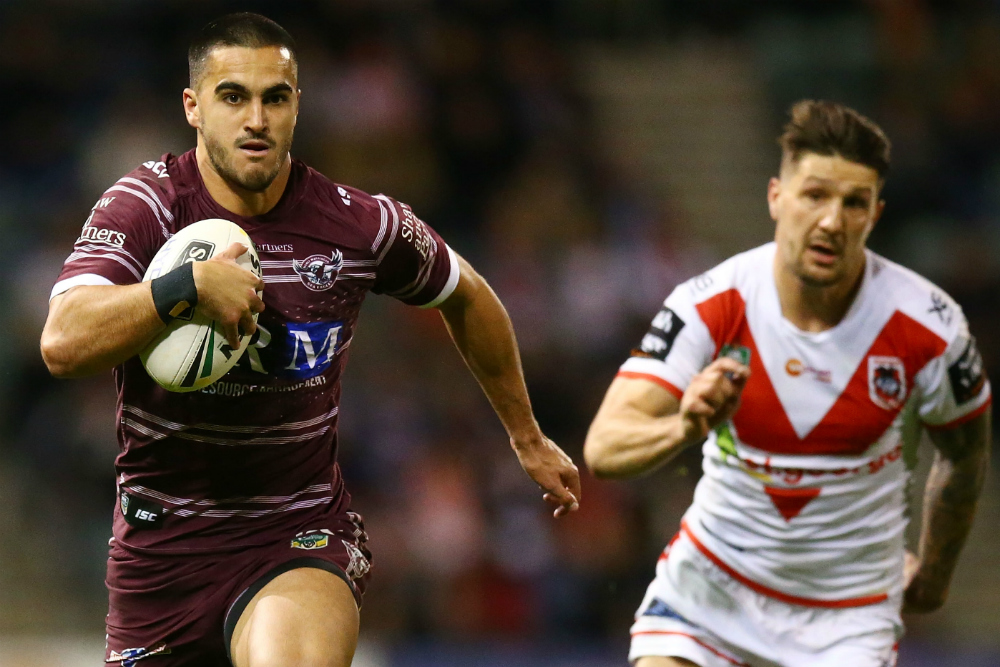 He’d always played both codes as a kid, and after playing in the under 20s and reserve grade, Wright played five NRL games this year.

But coming off contract, Wright was contacted by Dan McKellar and after hearing the Brumbies coach's plans for the Canberra outfit, the Sydney boy decided to switch Steeden for Gilbert once again.

“We started talking about how they want to play and that game plan would ideally suit how I like to play and best - using the ball, an open style of footy. Which is how Australian rugby is starting to play again now, which is really exciting,” Wright told RUGBY.com.au.

“It’s an open brand of footy, playing what’s in front of them. So when the opportunity came about to come back to rugby union, I am 21 now and I didn’t want to let that opportunity slip to be completely honest."

Though he has sizzling pace and is equally at home at fullback, Wright was recruited as a 10-12 by McKellar.

And despite having never met Christian Lealiifano, Wright - entirely unprompted - immediately stresses just how influential the experienced ACT playmaker was to his decision to sign for the Brumbies.

“I thought I can rub shoulders with someone like Christian Lealiifano, who has played a hell of a lot of football but also personally faced a huge amount of adversity and has come out the other side of it and is now back at the highest,” Wright said.

“That’s incredible and it is, for me, inspiring. I haven’t had the chance to play with him but I can imagine when you’re out there with him, he’d be inspiring. I don’t know how you could ever let him down. 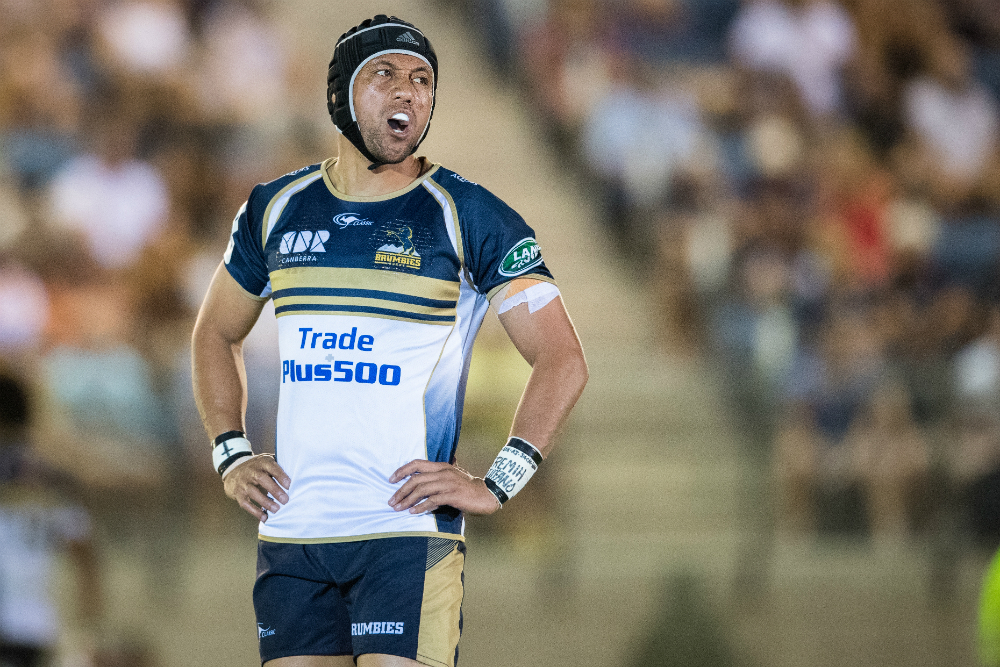 “You think it’s hard when you’re out in the 75th minute and your backs are against the wall and down by 2, you’d look at him and go “this isn’t hard”. It puts things in perspective a bit.”

When he looked at the rest of the Brumbies roster - with the likes of Pocock, Sio, Alaalatoa, Samu, Banks and Kuridrani - Wright was sold.

“To be able to rub shoulders with Christian and a long with other guys who are in the Australian side at the moment, it was too good to pass up,” Wright said.

“You don’t know when your next opportunity will come. So I thought I would take it with both hands.”

Wright only finished playing league last month and was negotiating with the Brumbies when the Wallabies were getting beaten by the All Blacks in another fruitless Bledisloe Cup series.

With negativity swirling, it would have been very easy for Wright to listen to the grey noise and give rugby a wide berth.

But the 21-year-old had exactly the opposite reaction to watching the Wallabies' effort in the opening Bledisloe Cup game in Sydney.

He found it encouraging.

“The game at ANZ, we were in it for 50-60 minutes sand it shows we are closing the gap at the moment, in what we are doing,” Wright said.

“When you become a football player you start to watch the game, and other games, in a different perspective than perhaps what the general public sometimes do. 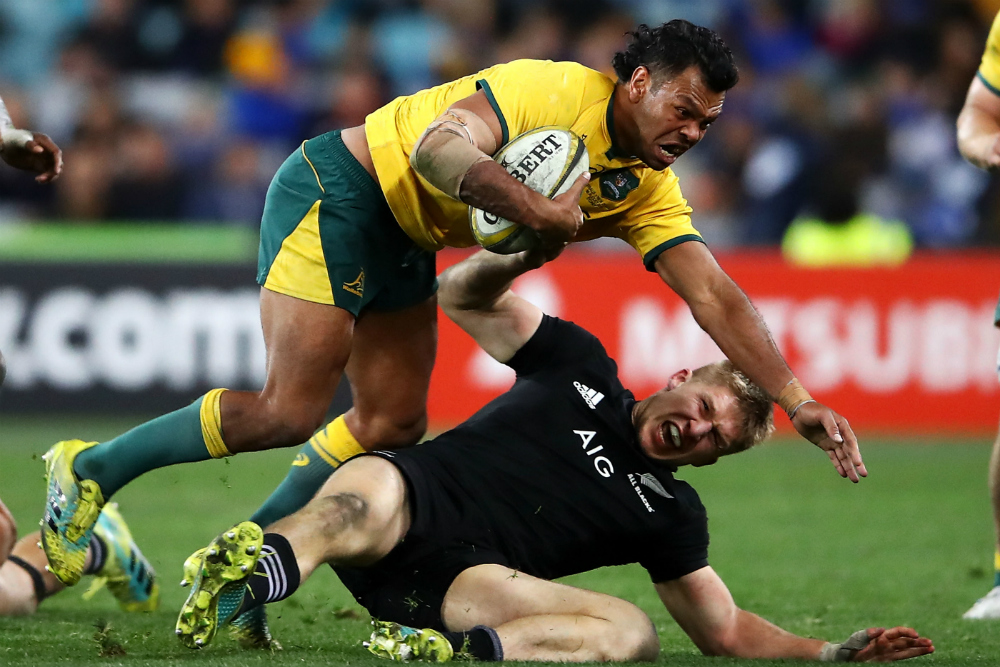 “You don’t necessarily look at the whole picture and that’s all. You break it down into bits and pieces.

“We were really in that game and a lot of the things we did were really good. But if you switch off sometimes for two minutes, it can change things quickly and the All Blacks are the top team in the world for a reason.

“They’re the team that will punish for you for mistakes in that two minute period, and take the game away from you.

“But it doesn’t change the fact you did good stuff too.

“To be able to look at that and see how far we have come as a nation, we’re on the right path I reckon.

“We are using the ball well, and I feel like Kurtley (Beale) and Bernard (Foley) and Matt Toomua are opening up the middle of the field and giving guys like Jack (Maddocks) and Izzy (Folau) good opportunities on the edges.”

Wright came through the schoolboy ranks alongside a promising cohort of Aussie schools playmakers, including Hamish Stewart and Jack McGregor, and played fullback in rep teams in 2015.

He played against fellow code-switcher Angus Crichton a few times, as well.

But one of his longest-standing rivals was another guy in the year above - Wallabies winger Jack Maddocks. 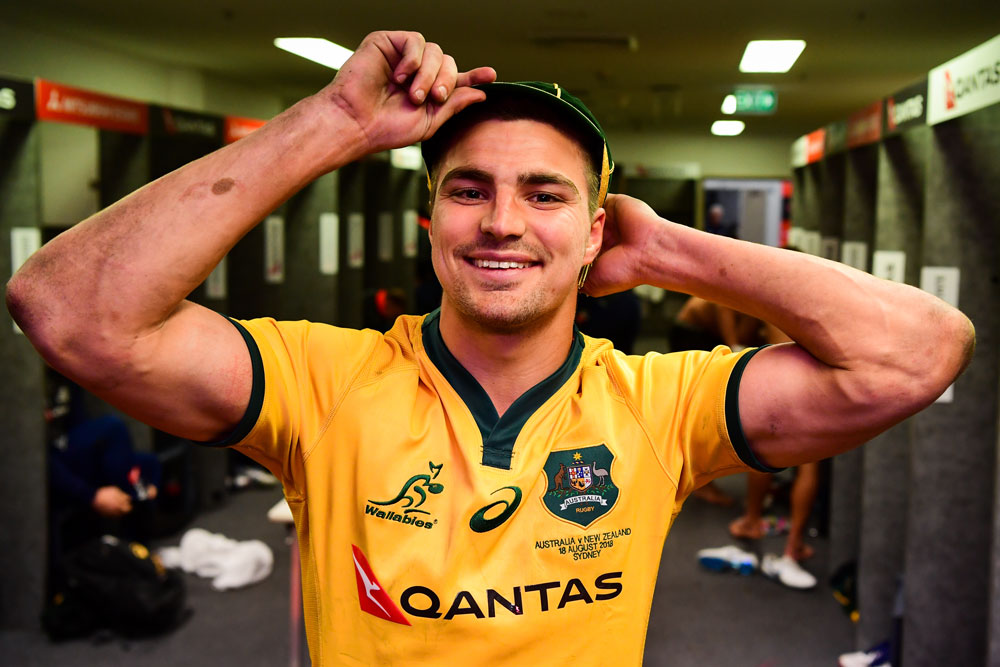 “I used to play Jack when we were really young, from under sixes,” Wright said.

“He is a year older than me but I started when I was four or something. We used to butt heads at five years old on a Saturday morning. I played for the Clovelly Eagles, he played for (Easts) McAuley.

“There was a little bit of a rivalry going up through the ages there. We used to find each other in the Grand Final most years, which was pretty cool.”

Wright said he’s been pumped to see Maddocks make his way through the Rebels ranks and into the Wallabies inside two years, and if he’s truthful, that swift progress helped him make his decision to come back to rugby.

The new Brumbies recruit is as aspirational as the next guy and while he knows he’s yet to play a minute of Super Rugby, Wright also knows there is a World Cup next year and 30-odd plane tickets up for grabs.

“Everyone who plays football at any level has aspirations to play for their country, and I am no different,” Wright said.

“I draw a lot of confidence that if I can play some good football, similar to what Jack did by putting his name in the hat, that’s all you can do basically.

“It’s good to see him doing really well for himself now and that’s an inspiration to me, to be honest, to see how he has developed on his way through.

“He gives confidence to guys coming through that in 18 months, if you play good footy, then you can put yourself in the mix for an opportunity to play at that level. He is playing his third Test this weekend.

“Ideally I would like to be able to play Super Rugby consistently throughout the year and help the Brumbies do well and make myself a better football player. And then if opportunity comes beyond that, to grab it.”

Wright says he has no regrets about his three years in rugby league, a game which he played right through his childhood as well.

“One of the things that drew me to the club was playing under a young head coach in Trent (Barrett). He taught me a lot, about professionalism and game management. I took a lot out of it,” he said.

“Like a kid does, I always had a dream to play in the NRL. I got to play in front of 50,000 people at Suncorp on my debut, I got to play against Cameron Smith, all these things you can only dream of doing when you’re a kid. 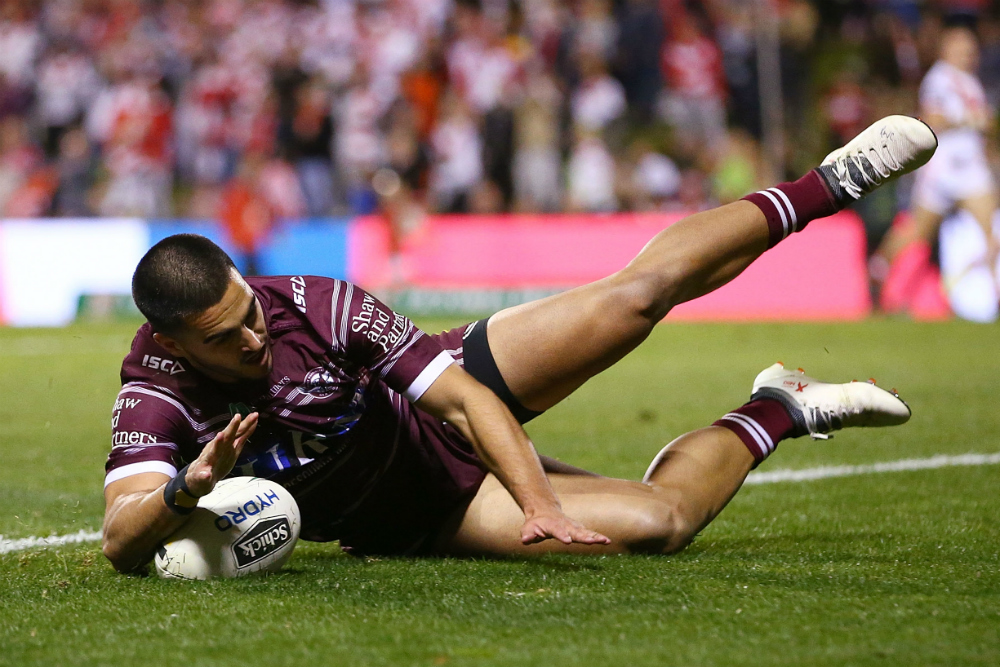 "I got to live them out, and I was fortunate enough to play a handful of games through the year and I am really grateful to Manly for the three years I was there.

“I learned a lot in a professional environment, made good friends and developed as a player. I wouldn’t be the player I am now without them.

"I don’t look back on that time with anything but gratitude but now I am really excited about these new challenges, and playing for the Brumbies. And the opportunities that maybe can open up if I put my head down and work hard are really exciting.“

Wright will join the Brumbies in November for pre-season training.