Payten column: Sydney lives again - how do you feel?

There was once a time when the Sydney rugby team was a big enough deal to get its own Tooheys ad.

As in, the full-blown “How do you feeeeel?” production. Think Mike Whitney and here we go again, Manly and Parra.

The year was 1983 and the Sydney Rugby Union rep team, armed with the likes of Mark Ella, Simon Poidevin and Michael Hawker, took on a World All-Stars XV at the SCG.

The All Stars had big names like Hugo Porta, Jean-Pierre Rives and Andy Haden and though the real score was a 33-19 loss for Sydney, the re-filmed ending in the Tooheys’ version by Mojo had Ella scoring a match winner.

The video, which was spun around on socials this week in Sydney rugby circles, was a retro blast but it was more than that to a group of young footballers. 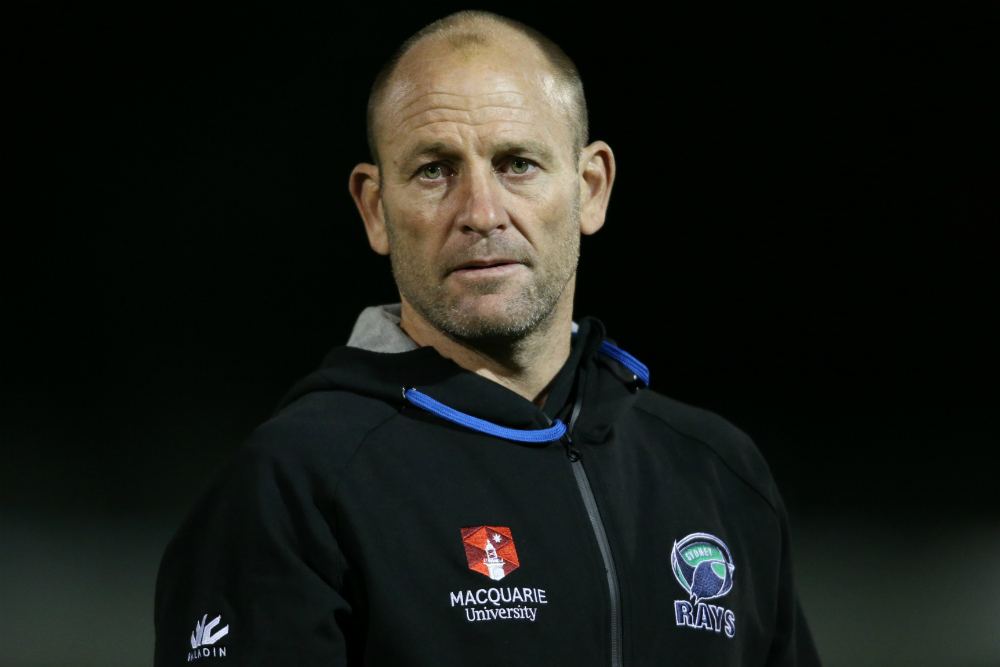 The video formed part of a history lesson for the re-born Sydney rugby team, who will be make a return to action on Saturday afternoon at Concord Oval in the NRC.

After a number of merged club franchises played in the earlier years, Sydney has folded down into one team, alongside the other team from NSW, the Country Eagles.

Like the Eagles have done for the past few years by picking Country boys at all times possible, Sydney is full of city slickers and the hope is that the NRC can start to build up some all-too-rare tribalism.

Reviving Sydney's fabled history as a footy team will help with that.

As seen with the Tooheys ad, Sydney was once a major outfit on the representative circuit.

The famous blue and gold jersey would not only take on NSW Country is a regular scrap, but Sydney would also do battle with international touring teams as well.

Such was their standing, between 1965 and 1992, Sydney played the All Blacks five times and in their last game in 1992 - Sydney famously beat New Zealand at Penrith courtesy of two two Darren Junee tries.

All the biggest names played for Sydney, as well as NSW and Australia.

All of this was loaded up into the minds of a young Sydney squad, captained by Damien Fitzpatrick and coached by Chris Whitaker, in a specially convened history lesson on Tuesday night.

“We showed the boys the photos and the list of all the guys who’d played for Sydney, and who were the highest capped players and so on,” Whitaker told RUGBY.com.au. 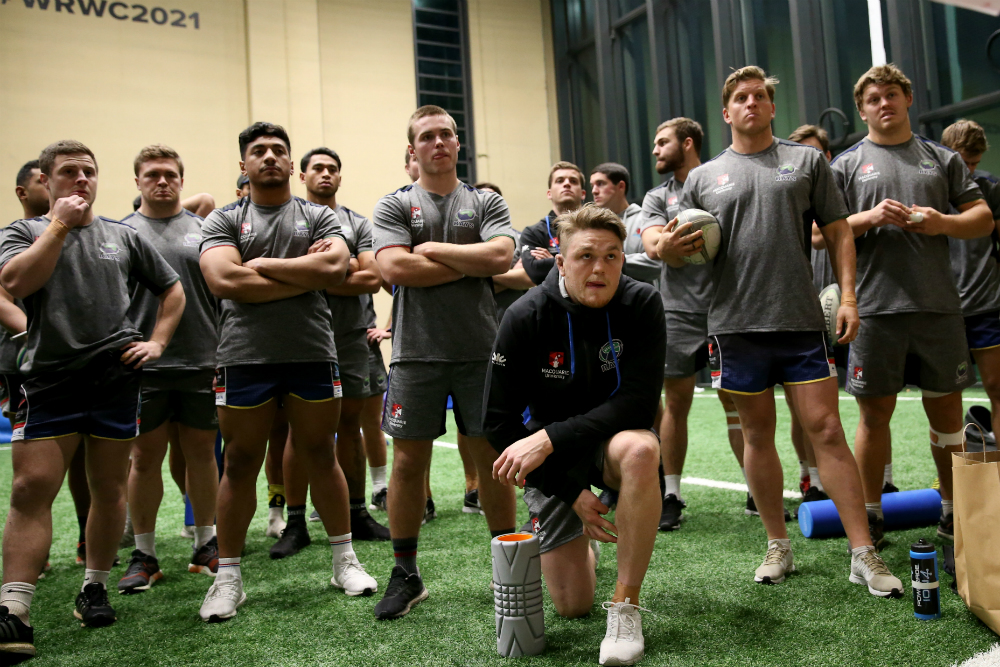 “It was a great exercise. Back in the day, Sydney were the team to watch. Most of the guys in the team weren’t even born when they played their last game but there is an understanding there because many of them have played for Sydney in the juniors already.

“But I don’t think any of them realised Sydney was actually a major side who played all the touring teams and even toured themselves.”

Fitzpatrick said: “A lot of the players were quite blown away to see the names on the list: Ella, Campese, Poidevin and so on. And the fact that they’d played for Sydney 20 or 30 games, mostly against international teams."

“This was a really important team in the pathway of the careers of some of Australian rugby’s biggest names, on their way from club footy onto NSW and the Wallabies,” the NSW hooker said.

“And that was a huge eye-opener for our guys.”

The Sydney Rugby Union was formed in 1965 to run the club and schools comps in Sydney, and the Sydney rep team began playing NSW Country the following year.

They met Ireland in 1967 and beat them, played New Zealand in 1968 and went on a first overseas tour in 1977 to Japan, Canada, England, Wales, Scotland and the USSR.

Sydney went on to play 179 games until 1994 when, after the SRU had been disbanded in 1991, the imminent arrival of professionalism brought an end to regular Sydney Rugby games.

But it’s not until this year that Sydney has been re-formed as a regular team, to play in the NRC.

They’ve kept the Rays nickname of the old franchise but mostly because sponsor Macquarie Uni wanted to keep the branding. They'll play no games at Rat Park.

Whitaker is among the most excited to be involved with Sydney’s reformation, given he never wore one in his distinguished career.

“It was one of those jumpers. Growing up, and coming from Randwick, you’d see the Ellas and Poidevin and Lloyd Walker in the Sydney jersey. For me it was always a special jumper,” Whitaker said.

“It’ll be a massive thing if we can revive that spirit and that pride. There’s a long way to go but as much as we can, we should. Speaking to the boys, they’re keen to make it a special jumper and a special team. 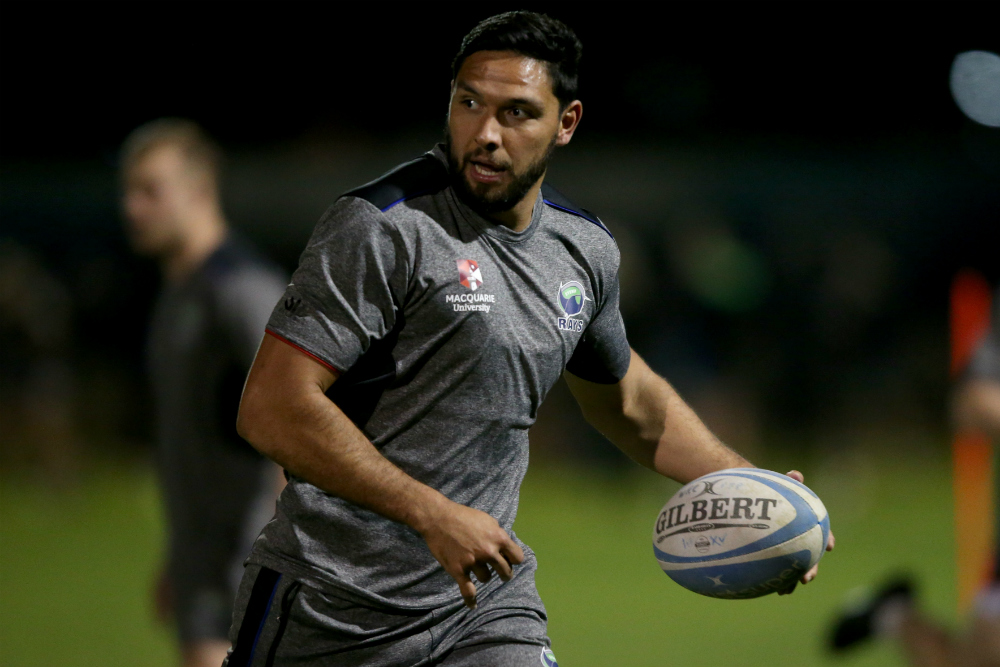 “It’s a great way for the boys to bond together and buy into the fact they’re representing their town and their people.”

Whitaker has recruited former Sydney legends like Russell Fairfax, Poidevin, Carson and Coolican to address the team and hand out jerseys.

“This is a team that we want to build up in the same way as it used to be,” Fitzpatrick said.

“We want it to be not only a team where we proudly represent Sydney, and take that around Australia in the NRC, but that our guys can use it as a pathway to bigger things as well. As it was in the past.

“I’d even love in the future if we could play a touring team, like they used to. When the Lions next come, I’d love for Sydney to play them.”

Fans have struggled to connect with NRC teams, not only due to clunky club merges but in recent years, but the fact their favourite club players have been increasingly playing for rival teams.

Fitzpatrick hopes that will change, now. And he is looking in an unusual place for tips on how to build up a loyal fan base. Their enemies, Country.

“You have to give the Country boys credit for the great work has done to connect with the community in the bush, and to develop a genuine sense of ownership and connections with the fans,” he said.

“We want to do the same thing and that’s why we’re playing out at Concord and Leichhardt, taking the games around all of Sydney and not just being seen as a north shore team or something.

“I’d love for all of the Sydney clubs and all the fans to come together and get behind this team, and just have a cracking arvo at the footy.”

The Sydney Rays take on the Canberra Vikings on Saturday at Concord Oval, 3pm. Tickets at the gate. Live on FoxSports.