'I want to play with Izzy': John Folau switches to NRC

Tue, 04/09/2018, 9:00 amby Beth Newman
The brother of rugby sensation Israel Folau has made to massive move switching codes from league to union, with the hope that maybe one day he'll get a chance to play alongside his brother.

Israel Folau's younger brother John will play in the NRC this season, signing with the Sydney Rays after a lifetime of rugby league.

Toying with the idea of moving to the UK’s Super League, John was kept at home by the pull of family and the possibility of a new chapter in rugby.

The prospect of a code switch was a thought inspired by his older brother’s success since his own 2013 code switch and once John put some feelers out, an NRC opportunity came around fairly quickly.

“For me, coming over here it's like a fresh start, something I think I needed,” John said..

“Growing up playing league my whole life, it was something I was just getting used to but coming over here put me out of my comfort zone.

“Like a kid who's going to his first day of school that's what I felt like when I was coming  over her. I enjoy it, it's a challenge I want to do.”

It wasn’t until Israel made the move to rugby back in 2013 that John had put any serious thought into playing the 15-man code and the thought of potentially teaming up with his brother pushed that interest along.

Israel moved out of the family home when John was still in primary school but the pair have stayed close and the younger Folau still leans on his brother for advice.

“I've always wanted the opportunity to one day play alongside him on a team and he says he loves it in rugby union,” he said.

John linked up with the Rays last weekend and coach Chris Whitaker said he was already showing a thirst to learn.

“He's good, he's quiet, he's encouraging and he's just like a regular big brother, always looking out for his siblings and things like that,” he said.

“It was a bit hard (when we were kids) because he moved out of home pretty young to move down to Melbourne but we used to play knee footy in the lounge room and it used to get a bit heated,” he said. 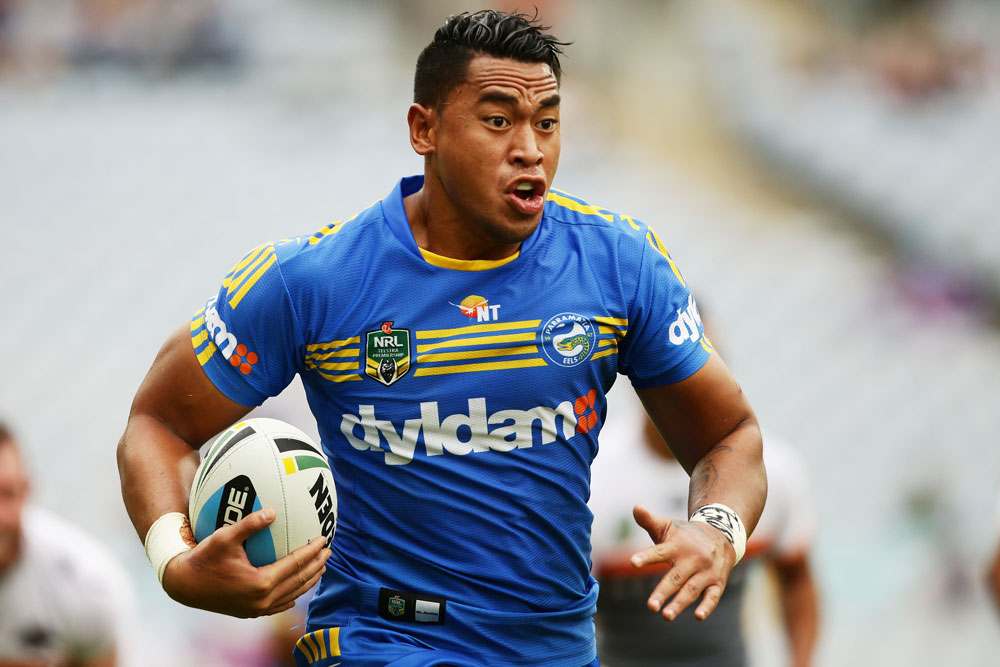 “I used to get a bit bashed around because I was much younger than my older brothers, but that was always fun.”

“We did a session on Saturday morning so he hasn't done a great deal but he came into training yesterday early and sat down and watched some video,” he said.

“He knows a lot more than a lot of the other guys who have come over before, obviously his brother's playing.

“He understands a lot.

“He can tell you things that are happening in a game and things like that. I daresay for him picking up the game’s going to be very easy.”

The Sydney Rays take on the Canberra Vikings at Concord Oval on Saturday September 8, kicking off at 3pm AEST.