by Iain Payten
Charlotte Caslick has re-signed with Australian sevens until the end of 2020. Photo: Getty Images

Australian womens sevens coach John Manenti said Charlotte Caslick shapes as a future captain after the in-demand star ended speculation about her future by signing through to the Tokyo Olympics.

Caslick had been linked with a switch to rugby league in recent months but the 23-year-old rejected interest of NRLW clubs and inked a new contract with Aussie 7s through to the end of 2020.

Her signing comes after Emilee Cherry and Vani Pelite also recently re-committed through to Tokyo, and more big names are expected to follow.

Though league and WAFL get plenty of hype and publicity, in reality, the Australian womens sevens program remains far more appealing than both to the likes of Caslick and Cherry; both on financial and high-performance terms.

"The friendships I have created with them would be really hard to lose,” Caslick said.

“On that front it was super easy. I've also got so many more things I want to achieve with rugby sevens and goals that I really want to tick off, so I don't think I'm finished with what I want to achieve here and that made my decision pretty easy.

“Rugby sevens is still that pinnacle of women’s contact sport … and the setup for the moment is too good to pass up on.” 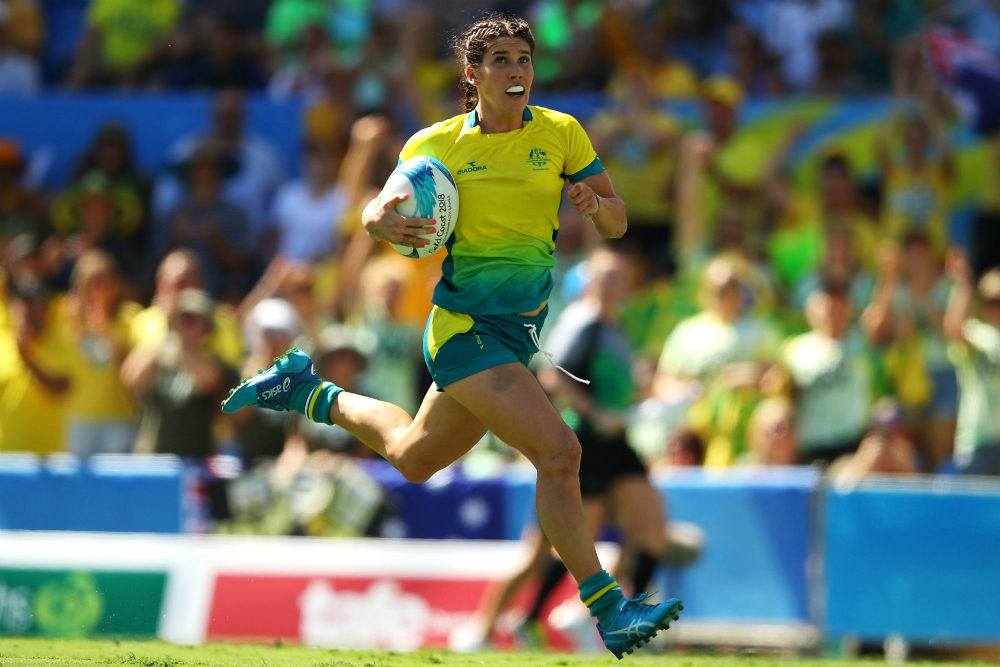 Caslick, who won the World Player of the Year in 2016, said the challenge of winning back-to-back Olympic gold medals was “on the top of the list” of future goals, particularly given there are “eight or nine” world rivals who are in professional programs; as opposed to 2016 when only Australia were full-time.

“You can just see the competition and the standard of it has gone leaps and bounds ahead of where it was,” Caslick said.

Though Caslick is entering her fifth year with Australia, the new coach believes Caslick has not yet reached her potential in sevens and identified her much improved defence as evidence of a constantly evolving game.

Manenti also believes the under-appreciated toughness, and strong work ethic, of Caslick makes her a natural leader and he sees her as a leading candidate to step up when co-captains Shannon Parry and Sharni Williams move on.

“She is becoming a more complete player and we are expecting her leadership in the group to continue to rise,” he said.

“She got to captain the team last year in one of the tournament.  And the better she goes, the better team goes around her.

“She is definitely a candidate to take over one day, and hence why we gave her a taste of it I suppose.”

Manenti said it was “fantastic” to have Caslick re-sign, and he said it was a good signal to send back to an increasingly hot market for female footy players.

“Our girls are some of the best contact athletes in the world and they’d do well at other sports, no doubt,” Manenti said.

“We want to make sure we are staying ahead of the pack and signing Charlie is a good signal to say we are doing that."

The Australian Women’s Sevens squad has returned to pre-season training ahead of the 2018/19 HSBC Sevens World Series, which kicks off in Colorado, USA on October 20-21.

The team will be back in action on Australian soil in early 2019 for the HSBC Sydney 7s on February 1 at Sydney Olympic Park.