Polota-Nau backs Cheika: \"He's the best man for the job\"

Tue, 21/08/2018, 01:34 amby Sam Phillips
Wallabies hooker Tatafu Polota-Nau has had no hesitation in backing Michael Cheika to be the man to lead the Wallabies forward. The coach under-fire after the side lost the opening Bledisloe Cup match last weekend.

Wallabies hooker Tatafu Polota-Nau has gone into bat for under-fire coach Michael Cheika by declaring him the best man for the job.

Cheika came under fire in the wake of the Wallabies' 38-13 loss to New Zealand on Saturday, with ESPN columnist Greg Growden sparking debate by calling for wholesale changes to the Australian coaching setup.

Inside camp Wallaby there is no whiff of such unrest however and Polota-Nau showed no hesitation in backing Cheika when asked about calls for his sacking on Tuesday.

"He's definitely the best man for the job," Polota-Nau said.

"At the end of the day he only wants what is best for the team and individuals, when we have one-on-one time with him." 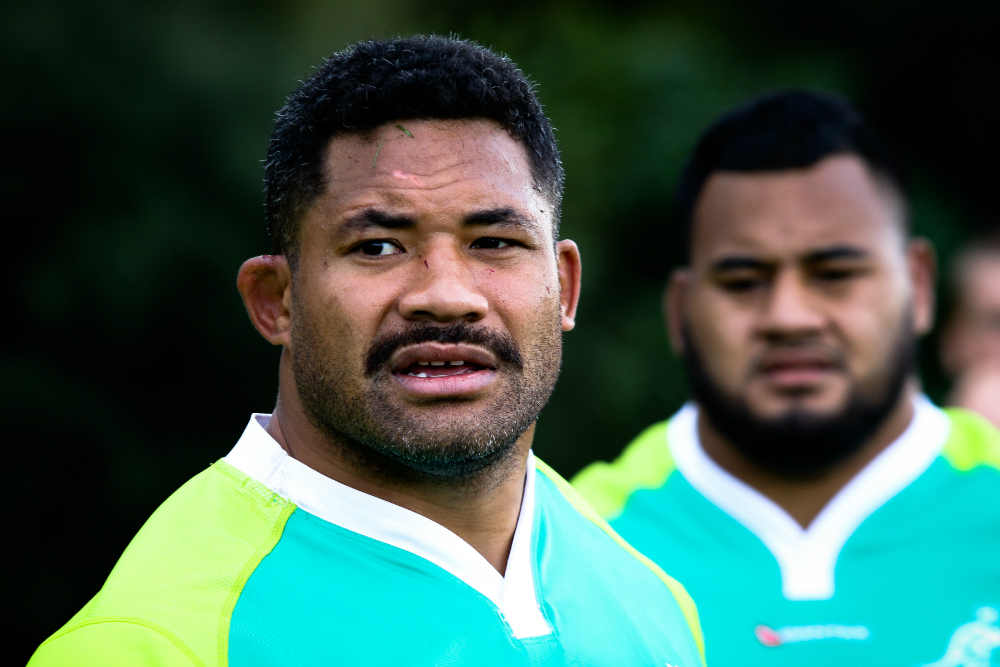 Polota-Nau pointed to the players having the responsibility to fix the Wallabies' well discussed problems.

"He actually brings a great blueprint for us to work off," Polota-Nau said of Cheika.

"If anything it's more about how we take that blueprint and put it out there on the field.

"At the end of the day we're the guys out there on the field and only we can control what the plays are at hand.

"If anything he is also a great motivator and gets us upbeat about every single session that we take."

The veteran hooker's endorsement of Cheika and his coaching staff came after lock Adam Coleman also stood behind the Wallabies mentor.

"We've got full confidence in this coaching staff and we back them 100 percent," Coleman said.

"There has never ever been a question about that so I don't know where that has come from."

The Growden column also criticised the playing group as making "a mockery of the professional footballer tag", which irked Polota-Nau.

"I don’t really read the tabloids much but to hear it, it definitely hurts," he said.

"It’s more so about putting that aside and moving on."


Moving on means beating the All Blacks at Eden Park and that's a feat the Wallabies haven't managed since 1986.

"We need to be in contention for Bledisloe, we have to make sure we do everything we can to get the win," Polota-Nau said.

"Because while we haven’t won there it’s even a bigger challenge that we’re 1-0 down in the series.

"There’s no better challenge for us to prepare accordingly and don’t even consider what they call the hoodoo of Eden Park.

"I’ve played there quite a few times and managed to win only once - in 2009 with the Waratahs - but we have to make sure we use that one opportunity and reminisce on the good times.

"My biggest motivator is to win again at Eden Park."

The Wallabies play the All Blacks in Auckland on Saturday, kicking off at 5:35pm AEST, 7:35pm local, broadcast LIVE on FOX SPORTS and Channel Ten.