Wallabies' Bledisloe hopes fade to black after another Sydney thumping

The Wallabies face another dismal trip across the ditch after a 38-13 loss to the All Blacks and, to make matters worse, they'll do it without superstar Israel Folau.

Folau limped off the ground in the 63rd minute as the Wallabies trailed 24-6, with the fullback grabbing his lower leg as he went down the race.

It was a dark moment on another depressing night for Australian rugby fans, who had seen their side go into the sheds leading 6-5 and heavily in the contest against the All Blacks.

But the Wallabies' composure folded in the second half, and with the set-piece falling apart, New Zealand scored five second half tries to pile on 33 tries.


It was the most points the All Blacks had ever scored in the second half against the Wallabies, coming after they'd scored a record first half tally in the corresponding Test last year.

The Kiwis buried the Australians under their own mistakes, and made the job of avoiding a 16th straight Bledisloe Cup loss extremely tough, with the All Blacks heading back to their Eden Park fortress for the second Test.

Folau is in major doubt, and props Scott Sio and Taniela Tupou - who was ruled out late with a hamstring strain - are no certainty to travel either.

Those absences showed as the All Blacks began to monster the Wallabies scrum, especially in the latter moments of the Test.

But it was their lineout that proved the greatest chink in Australia's armour, demolished by returning second rower Brodie Retallick and his centurion partner Sam Whitelock, who took eight of the Wallabies 12 throws. 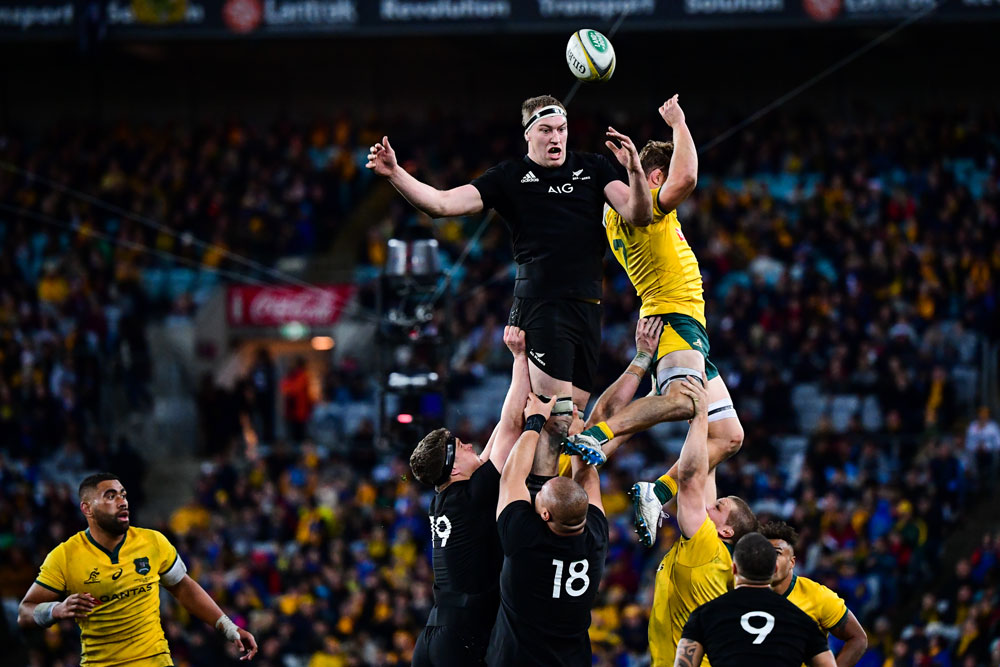 The start was not the problem for the Wallabies as it has been in the recent past but instead the second half produced all the pain of previous disappointments.

Australia held a 6-5 lead at the break, after holding control of the early stages but New Zealand’s five second-half tries ended the Wallabies’ chances of a breakthrough win in front of 66,318.

Folau was lifted in a dangerous tackle by Waisake Naholo in the third minute but it was punished with just a penalty, a far cry from the more particular officiating of the June Series.

Reece Hodge drew first blood for the Wallabies in the 10th minute slotting a 40m penalty, the beginning of a solid outing in the outside centre spot.

Australia could take just two penalties out of their early dominance, with Foley adding another 10 minutes later as they tried to keep their edge.

Left to rue their own chances, they did their best to ensure the All Blacks didn’t punish them on the counter as the Kiwis ate away at their field advantage.

Tatafu Polota-Nau snapped up a half-chance as the Wallabies looked to relieve the pressure valve but a rush to move the ball resulted in a Kurtley Beale knock on.

It took just one mistake for All Blacks Ben Smith to break through, slipping out of Lukhan Tui’s grasp and setting up an Aaron Smith score via Waisake Naholo.

Beauden Barrett’s errant kicking left the Wallabies in front at the break by just one point but the momentum was heading slowly the All Blacks’ way. 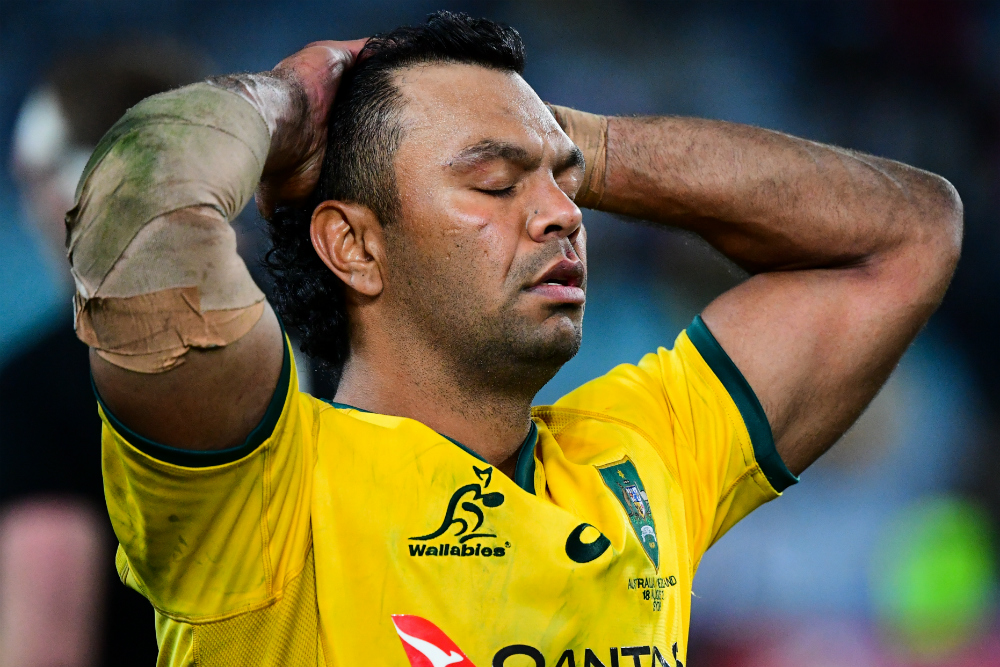 It took New Zealand just three minutes after the break to add to that lead.

A turnover off Wallabies winger Marika Koroibete gave the Kiwis just the glimpse they needed and two-Test centre Jack Goodhue was the beneficiary.

Desperation began to creep into the Wallabies attack, their ambition not connecting with their execution.

An intercept deep in their own territory looked like the spark the Wallabies needed before it turned into an oddly-chosen grubber kick and then two sets of hands later a forward pass.

It took just one more knock on for the All Blacks to pounce with the counter attack and score through Beauden Barrett.

It was a familiar thread for Wallabies fans, with all of Australia’s hard work undone by small errors.

Jack Maddocks added some spark and created an attacking chance two minutes into his Test debut but another knock took the wind out of that.

The All Blacks began to eke out control in the scrum as the match went on, testing the depth of a Wallabies side without Scott Sio or rampaging rookie Taniela Tupou to come off the pine.

As the crowd watched Israel Folau hobble off with 17 minutes to go the wound began to feel very salty as the All Blacks threatened a massacre.

Maddocks did more than just bring spark the second time around breaking through for a Test try on debut, narrowing the margin to 13 points but two Waisake Naholo tries ended any optimism Wallabies fans might have had.

Australia will travel to Auckland on Sunday ahead for the second Test against the All Blacks at Eden Park.