TPN's Wallabies worry: I'm not even sure I'll make the team

Pre-season training in a “heatwave” with pink Englishmen has Tatafu Polota-Nau in shape to take on the All Blacks but he’s less sure if he still has got the goods to oust any of the new breed of Wallabies hookers.

Polota-Nau put in his first day of training with the Wallabies at their camp in Cessnock on Monday, after the 82-cap hooker returned from his English club Leicester for the Bledisloe Cup under the Giteau Law.

The 33-year-old veteran appears likely to step straight back into the Wallabies no. 2 for the opening Bledisloe Cup game - he held the jersey as recently as the Spring Tour but relinquished it during the June series to rest after a long season with the Tigers.

Polota-Nau isn’t so sure he’ll stroll back in, however, after watching the likes of Brandon Paenga-Amosa, Tolu Latu and Folau Faingaa step up in Super Rugby and during Australia’s three-Test series against Ireland.

He had contact with Cheika about returning through the year but Polota-Nau admitted he’d wondered whether he would even be needed.

“It was probably more a question of whether I have still got it,” he said.

“Because watching the June series over there I started questioning myself if I could keep up with the pace here.

“The boys played a tremendous series against Ireland. Unlucky about the results.

“But you look at Brandon and Tolu, they both really stepped up.

“Even watching the (Wallabies) trial game, seeing Folau running out there, to be honest I am questioning why I came back really because they are really setting a high standard for me to come back to.” 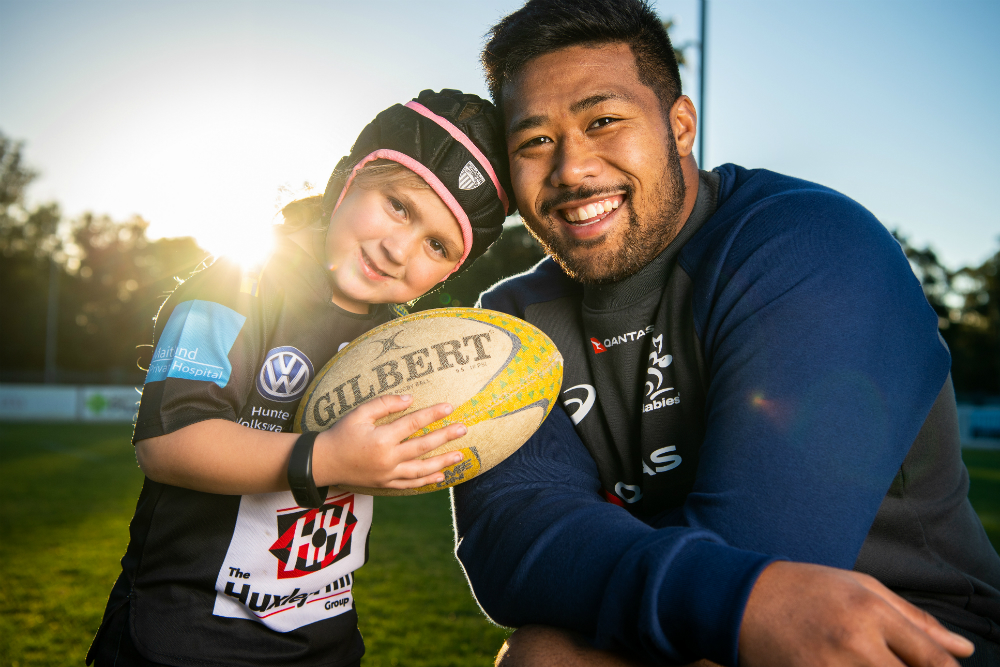 Asked if he would be expecting to wear the no. 2 in the opening Bledisloe Cup game on August 18, TPN replied: “Absolutely not. After today, I am not sure if you guys saw that but they have set a really high standard and I thought I would come back in and wriggle my way back in but I think I have left my run a bit late.

“In saying that, I am always going to put my best foot forward.”

Polota-Nau endorsed Jordan Uelese as his heir apparent last year but he said Latu was making a good case, too.

“And these other boys are putting up their case and it’s quite a challenge. I look back when Tolu and I were back at the Waratahs and I’d say “Mate, I am waiting for you to kick my butt out of here”. To be honest I feel like he is there. We will see.”

Modesty prevents Polota-Nau from spelling out reality, which is that Cheika is keen to have his most experienced hooker on board all the way through to the 2019 World Cup.

Along with Leicester teammate Matt Toomua, Polota-Nau will be back under regulation 9 for all of the Rugby Championship.

Polota-Nau said he was “playing catch-up” with the conditioning levels of the Wallabies squad but he wasn’t too far off the mark, after starting pre-season training with the Tigers a month ago.

The UK has been experiencing temperatures of 30-plus recently, making it feel even more like home.

“The average has been around 33. To be honest I have never been around so many guys who turn pink so abruptly,” Polota-Nau said.

"I am looking forward to getting back in to it. It is probably more mental than physical, the physical work was done in the pre-season. Now it is just getting on board with what they’ve done in June and bringing it to the training field.”

The Wallabies take on the All Blacks on Saturday August 18 at ANZ Stadium, kicking off at 8:05pm AEST, LIVE on FOX SPORTS and via RUGBY.com.au RADIO. Buy tickets here.