Another big week of rugby.

What did you miss in the past seven days? 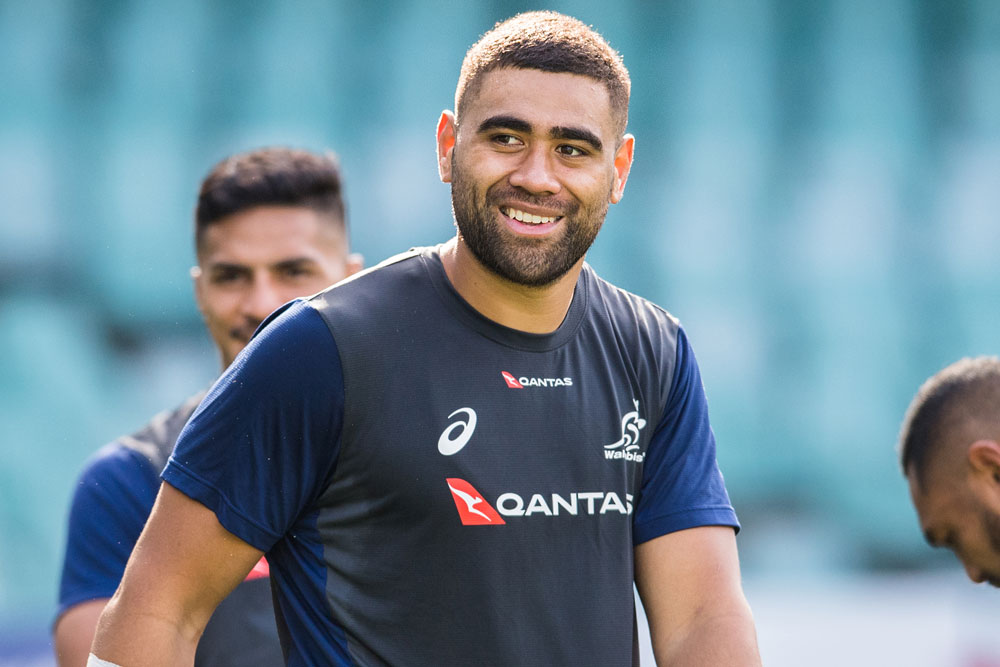 The Reds' roller coaster season may be over but there is trouble brewing at Ballymore - with three current Wallabies and a rising star set to turn their back on the club.

The long lingering rumour which had Israel Folau heading home has cooled right off, the star fullback now set to sign an extension with the Waratahs.

Folau's camp are fighting for a four year extension and that remains a sticking point with Rugby Australia but either way, Tahs fans can rest easy - for now.

That may be a blow for the long suffering Reds faithful but there are even bigger concerns in their own backyard.

Lukhan Tui is the latest rising star who is rumoured to be unhappy in Brisbane, the 21-year-old pushing for a return home to Sydney to ply his trade for the Waratahs.

It's understood the Reds are reluctant to let their superstar forward walk and they have every right to take that stance as he is signed until the end of 2020.

Izaia Perese is in a similar boat with the Brisbane Broncos circling the young gun - though he will be free to walk at the end of next season.

Perese was heavily recruited by the NRL club through his stellar schoolboy career at Churchie and is understood to have grown frustrated this year after a partial ACL tear cruelled his season.

One player who has already earned that status is Samu Kerevi - who is understood to be underwhelmed with the offer made by the Reds for 2019 and beyond.

The Brumbies are circling the star centre but Queensland are quietly confident they will retain the 24-year-old.


While a few Queenslanders might on the move, Waratahs coach Daryl Gibson has ruled out making a play for exiled Queenslanders James Slipper and Karmichael Hunt.

Slipper and Hunt are both contracted for next season but neither are likely to be recalled under Brad Thorn's regime.

Thorn has kept Hunt and flyhalf Quade Cooper, and their big pay packets, in club rugby this season as he looks to build a certain culture.

Slipper, who returned to rugby last week after a two-month drugs ban, said a conversation with Thorn had made his Reds future 'murky'.

The prop is open to an interstate move and close friend Rob Simmons has flourished since moving to Sydney but Gibson all but ruled out recruiting the 86-Test front rower to NSW.

"We're pretty much locked in all our props," he said.

"We've got our young props and looking to the emergence of arry Johnson-Holmes and Shambeckler Vui, along with Cody Walker, we're really invested in that youth. With Tom Robertson and Sekope there, it'll be good for the young guys to learn from."

Waratahs centre Irae Simone is shifting to the Brumbies but Gibson said there was still no room for Hunt in their 2019 squad either.

"We're probably not in the market for Karmichael," he said.

"Obviously he's an excellent player but I think we're focusing on our youth and trying to bring through some young players."

Taf and Toomua playing by the rules 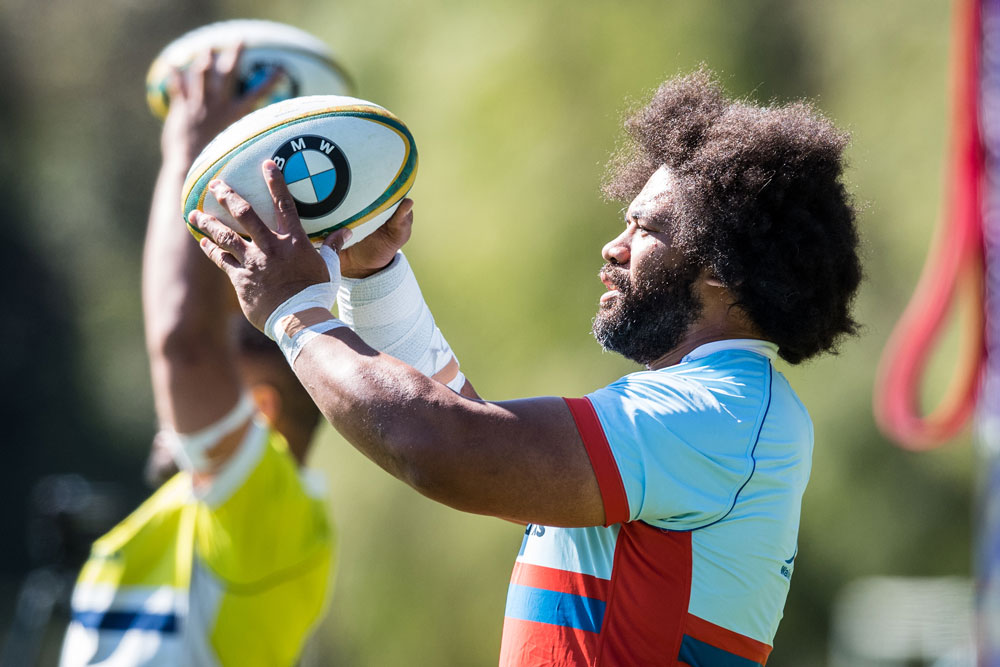 England-based duo Tatafu Polota-Nau and Matt Toomua will both be part of the Wallabies' Rugby Championship squad but they're likely to be absent in the event of a Japanese Bledisloe decider.

In 2016, Adam Ashley-Cooper only featured in the opening Bledisloe Test before returning to French club Bordeaux for the remainder of the tournament.

Cheika said Toomua and Polota-Nau would both be available for the regulation nine window, that includes all of the Rugby Championship Tests.

"We've got to understand the regulations around reg 9, which we do.

"When we brought in the 60-cap rule we understood that was it and we also want to make sure that funnily enough both these players are still playing with Leicester can perform for their clubs as well.

"We understand that performing well for their club, this one' s not an Australian club, is also going to help them perform for us."

The final Bledisloe Test, in Japan, doesn't fall in the window, leaving an interesting dilemma should the series be tied up come the third Test.

Waratahs' favourite son Chris Whitaker is coming back to Sydney and his first point of call will be NRC side, the Sydney Rays.

Whitaker was confirmed as a Waratahs assistant this week, signing for the next two years, and will jump straight into the provincial program.

Former Wallabies fullback Julian Huxley was the Rays coach last year and will still be involved this season in the re-structured NRC.

The Rays and the NSW Country Eagles are the only two NSW sides in the competition, with an even spread of talent across the two sides similarly to Queensland.

The NRC kicks off on September 1.


The Japanese Top League season is bearing down on us and the Aussies in Japan are getting stuck in.

In between all the tough preseason preparation, the Suntory Sungoliaths had the chance to let their hair down and Wallabies legend Matt Giteau embraced it. 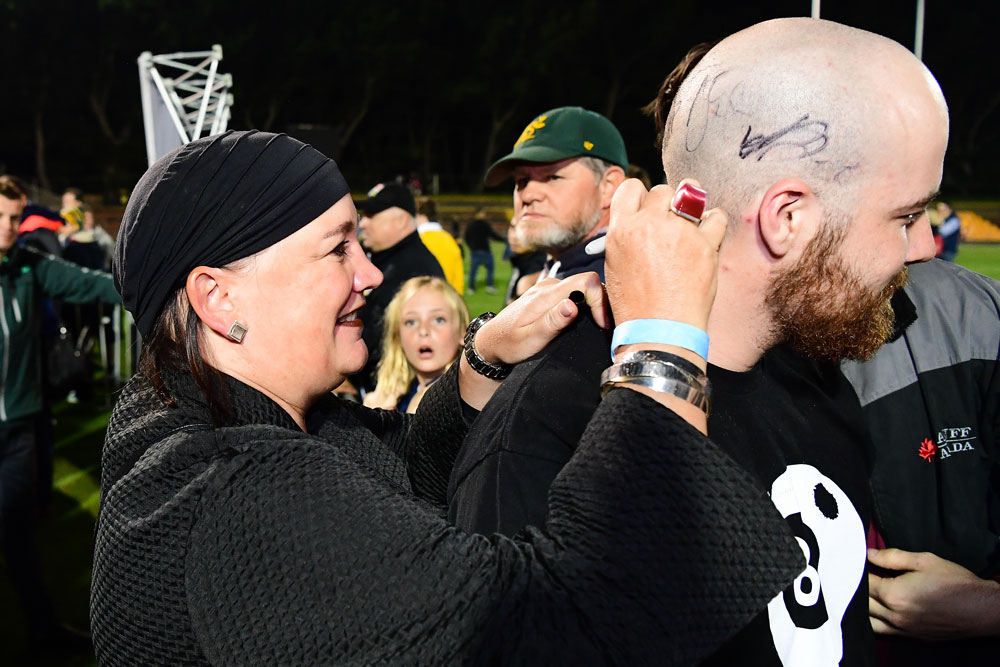 Plenty of fans had a chance for autographs and chats with their rugby heroes at Sydney's Leichhardt Oval on Friday night but there was one signature that was a bit different to the rest.

Rugby AU CEO Raelene Castle granted a punter's request to sign a fan's head in the 'Take to the Turf' throng post-match.

The tale of how Scott Sio got his name is a well-known rugby tale.

Sio's father, David, was playing for Samoa in the 1991 Rugby World Cup quarter-final against Scotland and whichever team won, Scott was going to be the namesake.

So when Patrick came along two years later, the equation was simple.

"Well, we've already got a Scotsman, so we might as well have an Irishman," David joked.

Can't argue with that logic.

What a difference a decade makes

It's 2008 - the Crusaders have won the Super Rugby title, steered by legendary flyhalf Dan Carter and the playmaker stops post-match to take a selfie with a fan.

Fast forward 10 years and that fan turned out to be the Crusaders' next championship-winning flyhalf Richie Mounga.