There was plenty of plenty happening in rugby this week.

What did you miss in the past seven days? 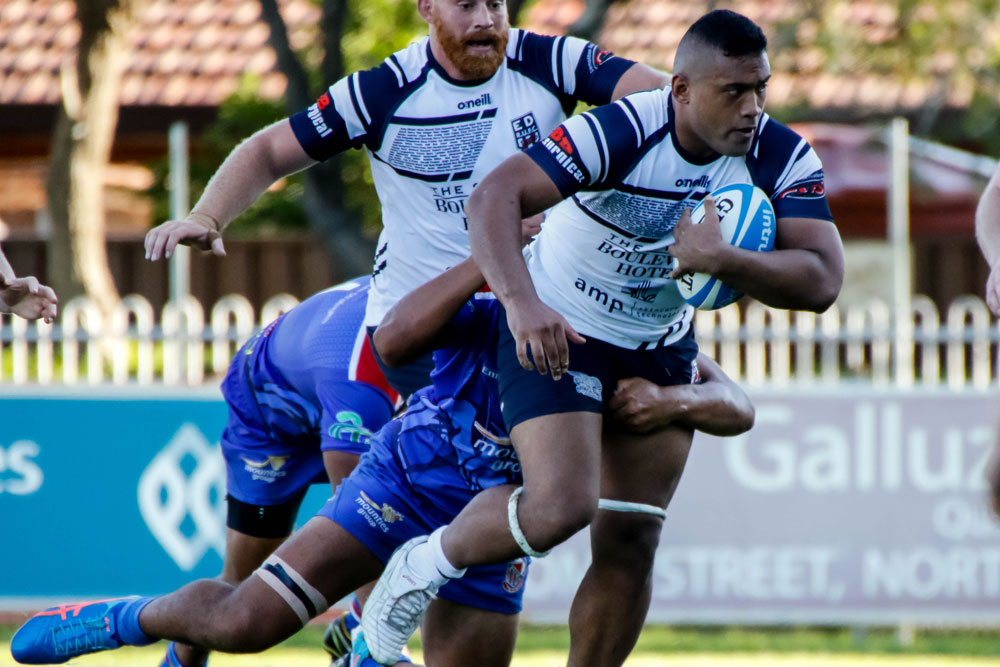 It won't just be mate against mate when the Wallabies take on a Super Rugby XV in Friday night's trial at Leichhardt Oval.

There will also be brotherly rivalry in the mix.

Pat Sio, younger brother of Wallaby prop Scott Sio, is set to line up for the Super XV in the backrow.

The 24-year-old no.8 is back in Australia after spending a few years playing for Stade Francais and will be one of a few Eastwood call-ups named when the Super squad is finalised on Monday afternoon after medicals.

The scratch team, which will be coached by John Manenti and Tim Walsh, was put together by Rugby Australia's high performance department, with input from Wallabies coach Michael Cheika.

The team is aimed to be as strong as possible to provide meaningful opposition and is likely to feature players from all over the country.

But players won't be taken away from clubs who playing finals, or in the run into finals.

The Woodies have a bye in the Shute Shield and as a former coach of the club, Manenti has a fair idea of which talent to call up.

Pat Sio is a no-brainer, in his mind.

The 108kg former Aussie under 20s backrower was a star for Eastwood and the Rams in 2014 but didn't get a Super offer. He was poached by Stade Francais instead and appeared to be one that got away.

“He was player of the year in the team that won the grand final, but obviously other people aren’t seeing what I am seeing."

Sio will play for Sydney in this year's NRC, and while there has been some Super interest, Friday night be a big chance for him to put on a showcase.

The Sios are an incredible rugby family.

Father David Sio played for Samoa, Scott is a 76-Test Wallaby and daughters Ana-Lise and Tina both play for NSW in the Super W.

Our last time playing with @paddyjohnryan in a Waratahs Jersey! Couldn’t be prouder of what you have done for this club! From Joeys back ovals to 100 Waratah caps. Congratulations on a brilliant NSW career mate, going to miss packing down next to you! #nswrugby #waratahs @kurtley_beale


There may still be a little conjecture over the futures of the Waratahs' big-name trio in Michael Hooper, Bernard Foley and Israel Folau, but there were a few certain farewells in Johannesburg.

Mammoth winger Taqele Naiyaravoro played his final NSW game last Saturday with an impending move to Northampton, a switch that has been widely known for months.

What might have slipped under the radar,though, was Paddy Ryan's final Waratahs game with the prop bowing out of Super Rugbyat the end of this season.

Tamworth-born Ryan played his 100th Super Rugby match and 100th NSW match this season and is a revered character around the club.

It's not clear what his next move is but this doesn't seem like the last the rugby public will see of Ryan in the sport.

New Aussie Sevens signing Josh Turner has shown an ability to turn defenders inside out playing for Manly and the Sydney Rays in recent years.

Indeed, he has done it so well that Turner’s next task will be turning his family into Australian fans.

Anyone who has seen Turner’s form and speed in the Shute Shield and NRC will know why. 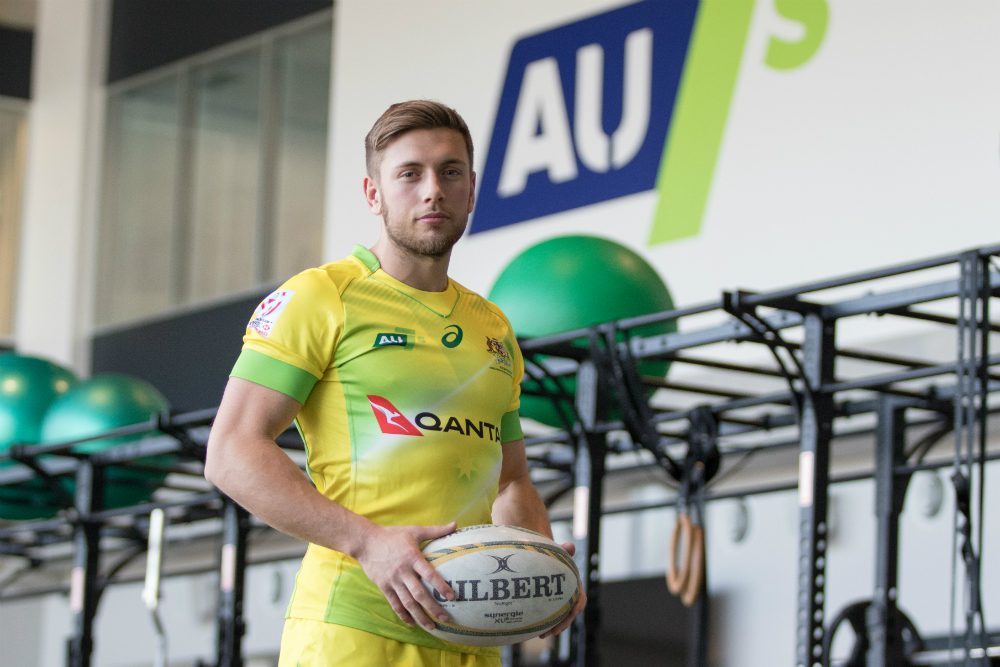 But how will the family back home, near Hamilton, feel when they see Turner in gold?

“It's all good. The family don’t care. It is funny, because as a kid growing up in NZ that’s just how NZ works. You want to be an All Black.

“So if someone said it when you’re younger that’d you end up playing for Australia, you’d laugh.

“But I am loving it, it’s a great opportunity. It’s awesome. I am living in Australia now and I am stoked to represent the country.”

Turner moved to Australia to play for Manly in 2015 and was spotted by Walsh at an NRC game last year and invited to trial for the Aussie sevens program.

He will be eligible via residency.

Abbott goes from back bench to front row

Abbott, sporting the brave tape-straight-on-head look, played eight minutes against UNSW before coming off with a calf injury.

Which seems like a decent excuse for a 60-year-old, to be fair.

Abbott lasted a lot longer posing for selfies - mostly with his own Forest teammates. 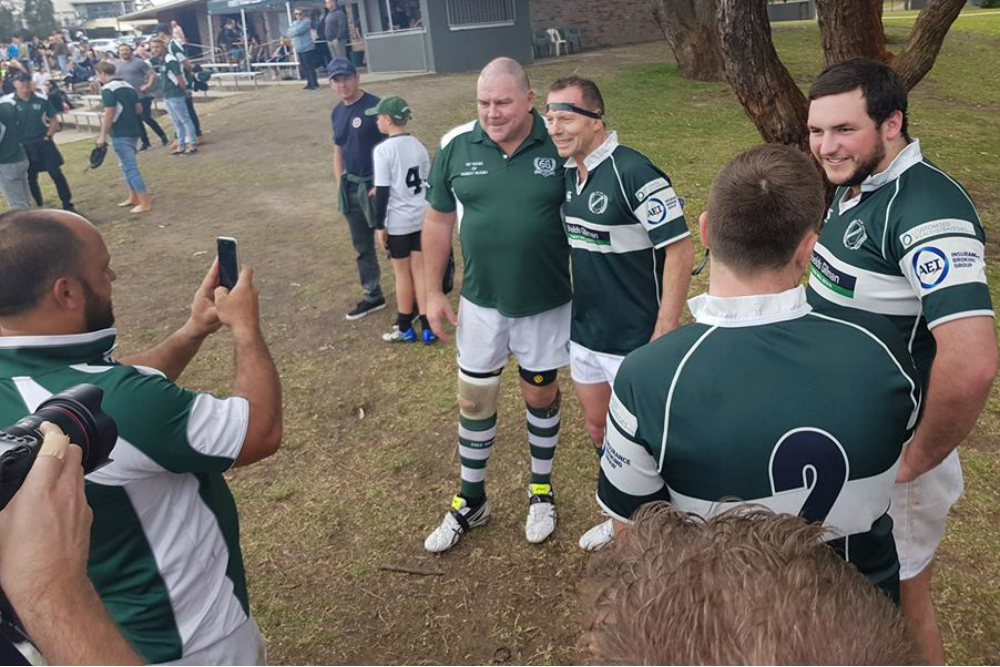 A cracking weekend in Forbes having a run with the Cauliflower Club XV. Even better I got to have a run with my old man. His first game in 40 years!!

It was a weekend for dusting off old boots. Dean Mumm came out of retirement to play in an Invitational Team against the Forbes Platypii in a charity match.

That wasn't as impressive a comeback as his old man John, however. The former ARU board member ran around in his first game in four decades.

The game - won handsomely by Forbes - was to raise money for the Cauliflower Club, the charitable organisation that raises funds to provide sporting and recreational equipment to enhance the lives of those with a disability.

Sydney will host the World Wheelchair Rugby Championships next weekend, kicking off on August 5.

Australia's side, the Steelers, will come in as the no. 1 ranked side and hot favourites to take out the tournament.

The Steelers named their team this week ahead of the championships.

Click here to see them and all the foes they will face next weekend.

🎼 can you guess which one of us is a singer? 7 hours in the car of none stop karaoke, how good 🎤🕺🏼


Aussie Sevens star Dom Du Toit couldn't run out at the World Cup in San Francisco due to injury but she and her family have been in the US anyway.

The Du Toit clan have been living it up, road tripping in the States this week and Dom posted a quality video of the faimly doing their best carpool karaoke.