Cherry has GOAT to get used to her nickname

Emilee Cherry still remembers the first time she was called the "GOAT".

The term GOAT or Greatest of All Time, and being compared to some of the most revered figures in sport, is one that doesn't sit well with the unassuming, quiet-achieving superstar in the Australian Sevens fold.

Former Aussie Sevens squad member Brooke Walker was the first person to give Cherry the moniker and while it will never be something she accepts, it's a nod to the esteem in which she is held by her peers.

"Everyone just saw it and ran with it and it caught on, annoyingly.

"It still comes up as a joke every now and then but I try to brush it as much as possible. 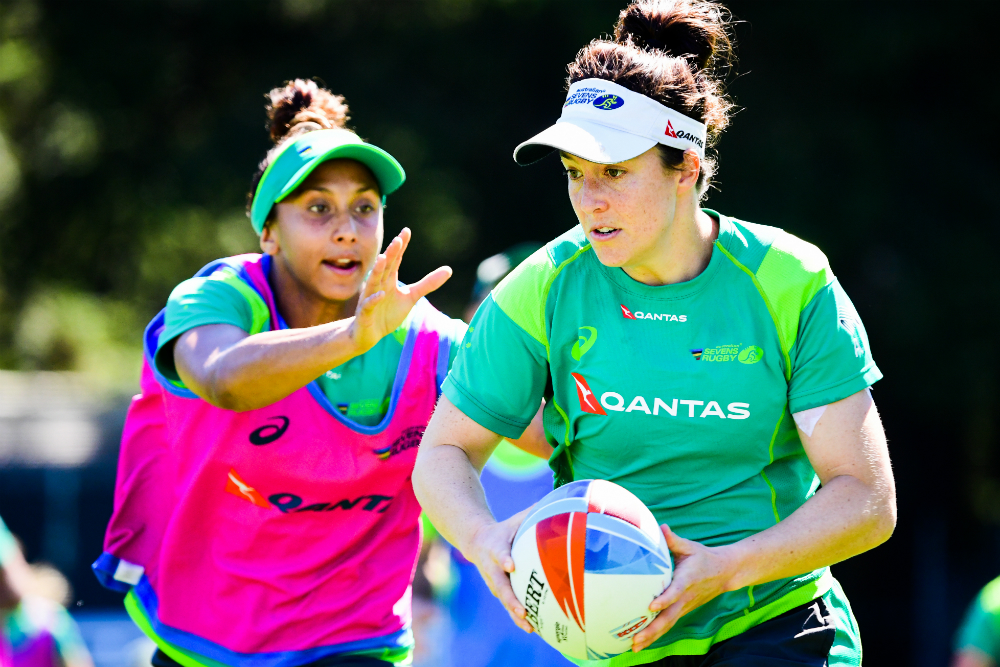 "I'm still playing and think I have a lot more to achieve and I know I can be a lot better.

"It's just me being critical of myself and knowing that I have more to give."

A born and bred Roma girl, big city living has not changed Cherry one iota.

She cherishes nothing more than some alone time on her grandparents' farm, which remains her favourite place in the world after seven years travelling the world as an integral part of the Australian Sevens setup.

Fittingly, it was the place her fiance Dan proposed just over a month ago and while their place in Sydney's western suburbs is home for now, the big smoke will only have Cherry while she's still playing rugby.

"I will never call myself a Sydney girl," Cherry said with a laugh.

"It's taken me about five years to call Sydney home.

"If I was at training I would say I was going back to Cook Terrace - I would never call it home - but we have made it a home now. 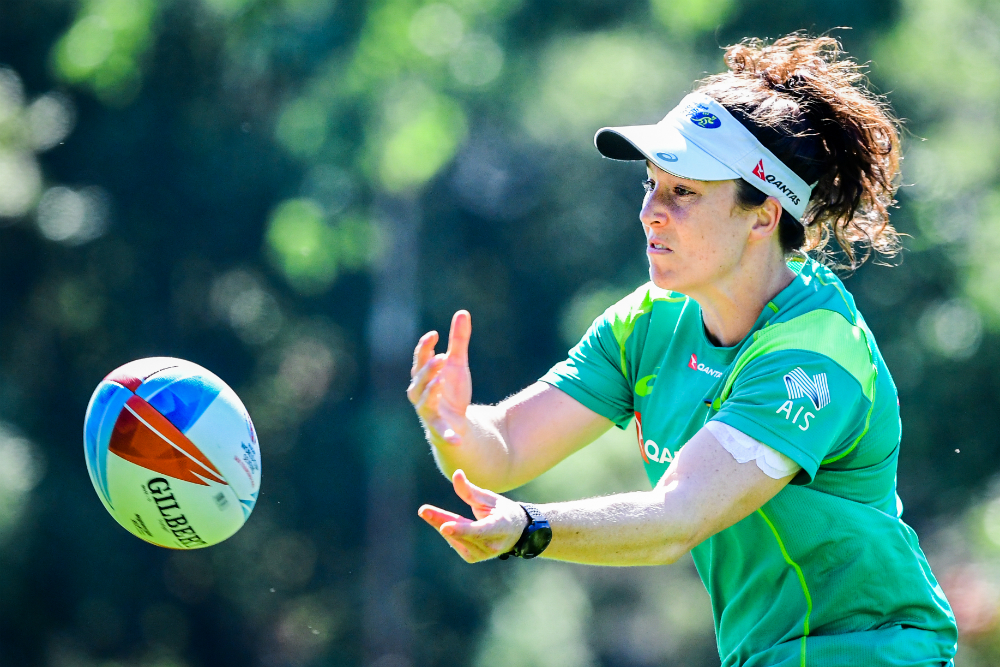 "It's cool to kind of bring the country kind of lifestyle to Sydney.

"We get the fresh eggs every day and we take the dog for a run and we can do our own thing with the house.

"It's cool to have a thing away from rugby - those animals and the house."

It's the humility Cherry exudes that allows her to thrive year after year.

Winning an Olympic gold medal, claiming the 2014 World Sevens Player of the Year gong and scoring more tries on the World Series circuit than any other Australian woman may inflate many egos but for Cherry, individual accolades will never hold any real value.

"I hate all that stuff, I get too embarrassed," she said.

"Last year at Aon (Uni 7s) Walshy awarded me player of the series and I hated him for it.

"When he gave it to me I think I gave him a bit of a serve.

"I don't think anyone in our team plays for individual success and if they did, we wouldn't be the team that we are and we wouldn't have had the success that we've had."

Whether she likes it or not, collecting individual accolades will be part of the job for as long as Cherry's playing.


She is remarkably consistent in all critical facets of Sevens and as such, always catches the eye.

Breaking the line, throwing pinpoint 20m passes on either side and, of course, scoring tries seems to come naturally to Cherry.

She single-handedly staved off New Zealand's charge to the top of the World Series standings by scoring after-the-siren tries in both the quarter-final and semi-final of the Paris Sevens, securing Australia's place in the final.

It was the latest in a long list of extraordinary feats and the 25-year-old credits her sport-mad family for the ease with which she carves up the opposition.

"My family was very heavily involved in every sport in Roma," Cherry said.

"Mum or Dad would either be president or vice-president of swimming, athletics, touch, rugby league, we kind of played everything and Ryan (Cherry's older brother) played heaps of rugby growing up.

"It was always on in the backyard.

"Knee footy in the lounge room got banned so many times for breaking Mum's china plates or anything good in the house.

"That definitely helped and I think there is a cognitive autonomy about it where I don't have to really think in the heat of the moment - when you have no time to think.

"Sometimes we watch footage and it will stop and I'll be asked what I was thinking here.

"There is never any thought whatsoever.

"It just comes very naturally and that's from doing it over and over, many times in the backyard and training."


Natural ability can only get athletes so far and watching Cherry closely on the training paddock reveals the price she puts on a precision preparation.

She blames her mum for the tendency to make everything perfect, though it's far from a flaw in a pro rugby player.

"At training in the last few years I don't ever like finishing on a bad note," Cherry said.

"If there is a bad pass or someone doesn't run the play correctly we have to do it until everyone has done it perfectly.

There is no end in sight for now but when Cherry does call time on what is already one of the most illustrious Sevens careers in world rugby, she may have to live with the GOAT label.

She won't mind as long as she's able to call a small country town home.

'll always have my home - which is Toowoomba - but home, home is Roma," Cherry said.

"Sydney is just an in between at the moment.

"That's definitely one thing I would love to do - go back to that quiet, country lifestyle."

The Aussie Sevens women play in their Rugby World Cup Sevens semi-final against France at 4:42am AEST, LIVE on FOX SPORTS 501.