The character required to succeed on world rugby’s biggest stage should never be underestimated.

In the social media age there are thousands of critics every time a player puts a foot wrong and learning to deal with those comments, digest them and move forward is critical.

Taniela Tupou learnt those lessons the hard way as an 18-year-old schoolboy, having scored a sensational hat trick for Sacred Heart College which immediately went viral.

As a shy Tongan boy that did not speak a word of English when he arrived at the Auckland boarding school as a 14-year-old, the barrage of attention was overwhelming.

“After that game where I score three tries, everything went wild,” Tupou told RUGBY.com.au.

“There was heaps on Facebook, I got heaps of phone calls, I had to change my number, I had to leave school because heaps of people came to school to get interviews and all that. 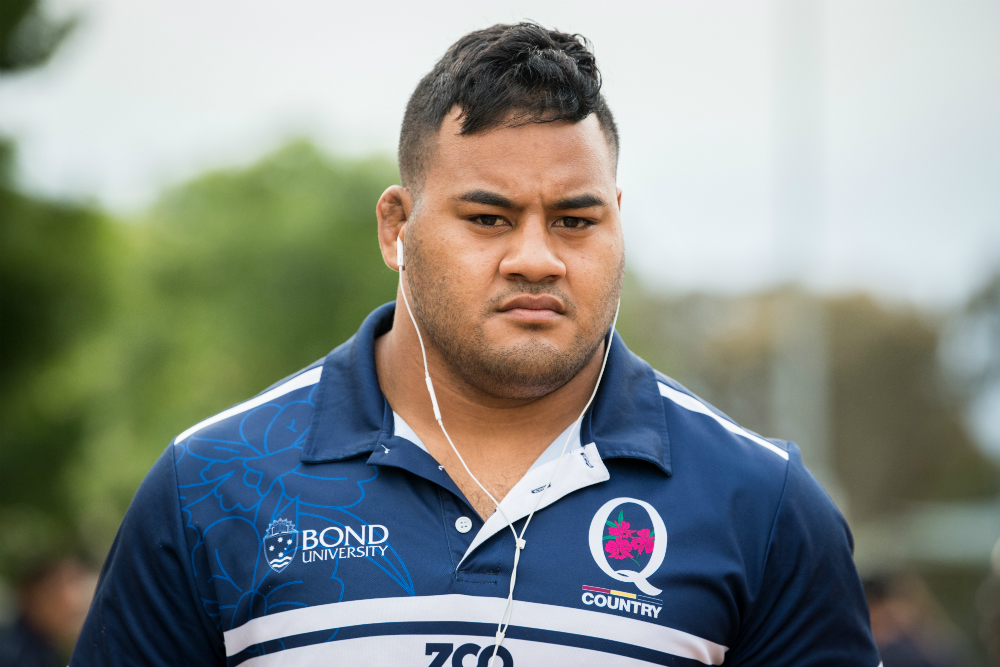 “I stayed at my uncles house for a few days not knowing what I was going to do and people were saying all sorts of things about me - I wasn’t used to it.

“I used to read it but a few years later when I see that now I’m safe, I’m good, but it used to be tough.

“I used to hate people saying stuff about me but I learnt as I got older, I just let them talk.

“I still go through the Reds page and stuff but I don’t care, it’s just normal for me now, it doesn’t affect me.”

Having that mindset is a strong response from Tupou and part of that fortitude can be attributed to the enormous courage it took to leave his family behind and take up a scholarship at Sacred Heart.

“I didn’t speak English, I was just a chubby little boy,” Tupou said.

“But mum told me if I wanted a better future I had to leave Tonga, I had to go.

“The first two years was the toughest thing I’ve ever had to do. 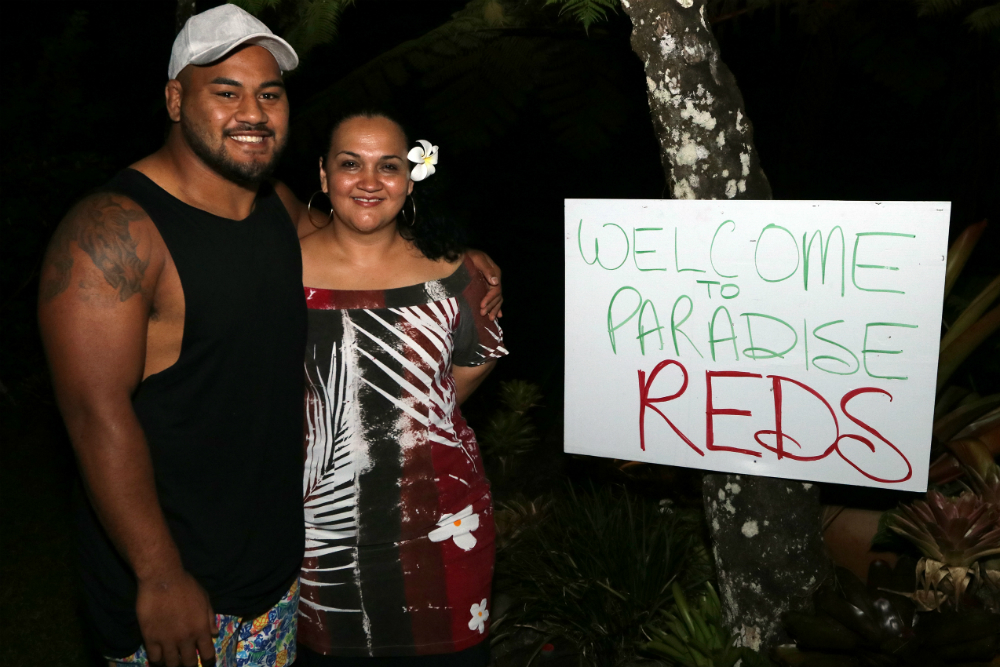 “I couldn’t understand anything anyone was saying but I got there in the end and I’m glad I did.

"It taught me a lot about who I am and I'm a lot stronger for it."

While blocking out the social media vitriol helped him grow, Tupou was honest with himself and was the first to admit his set piece game needed serious work when he arrived at Ballymore.

No longer able to completely dominate games through his carries, a three year apprenticeship with former Reds coach Nick Stiles and the props ahead of him in the Queensland pecking order shaped the star that is now a certainty to feature prominently for the Wallabies in June.

“All the hard work I’ve been doing for the past few years has paid off,” Tupou said.

“There had always been talk of me as a runner and that I couldn’t scrum and it hurt me because it was true. 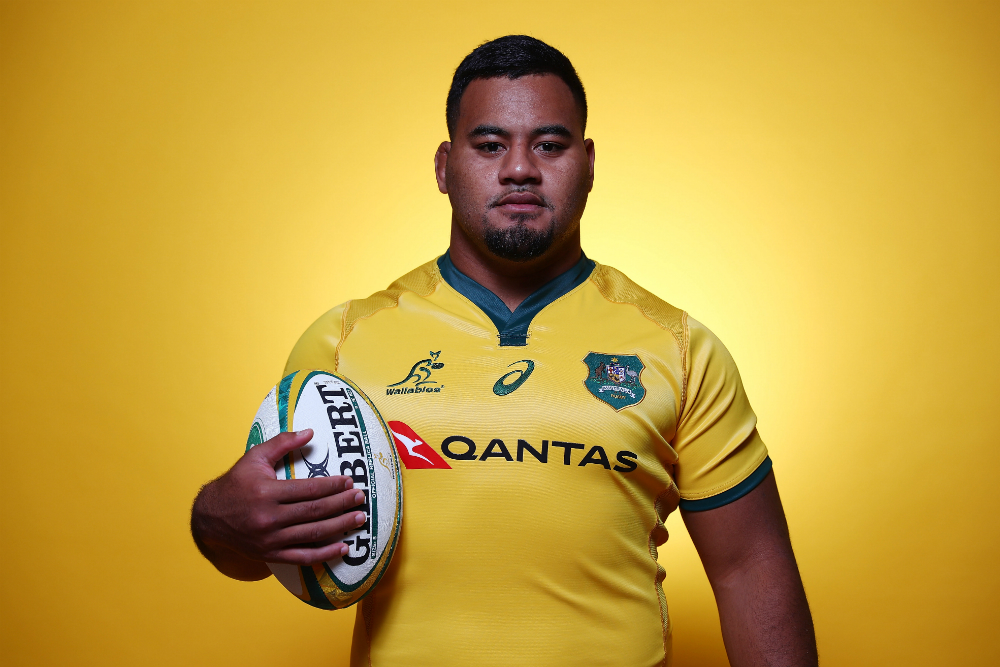 “But guys like Greg Holmes, Sam Talakai, James Slipper, Ben Daley and Nick Stiles and now Brad Thorn and Crapper, they’ve all helped me a lot.

“I’ve been doing really well in my scrummaging so I thank all those guys and hopefully I can become the best in Australia.”

As a boy that grew up idolising Radike Samo, George Smith, Quade Cooper and James O’Connor despite the profuse support for the All Blacks when he was in New Zealand, representing the Wallabies is a dream come true.

“When I was in New Zealand I was always a Wallabies supporter - even my boys in school know that,” he said.

“Other kids in Tonga watched the All Blacks, I watched the Wallabies - they were just awesome.

“Radike Samo, James O’Connor, George Smith, all those guys, it was awesome to watch them play at the time.

“Even going to New Zealand didn’t make me change team.

“If you look at my Facebook when I was named against Scotland last year all the comments from my mates at school said good luck to you, just you, not your team.

“We’ll support you, just you, not your team.

“I’m glad I never changed teams because here I am now.”

One area in which he may have to switch allegiances is in the QLD-NSW rivalry.

While he was a childhood fan of the NSW State of Origin side and remains one to this day, there is no doubting which side he’s on in the rugby arena.

“I’m so excited for this week and to go up against Sekope Kepu,” Tupou said.

“I haven’t had the chance to play against him - he’s a legend, a guy that I respect and he’s been wearing the Wallabies jersey for so long.

“It’s a good chance for me to go against him and see what I can do.

“I’ve learnt a lot from him so it’ll be awesome to run out on the field and go against him on Saturday.”

The Reds take on the Waratahs at Suncorp Stadium on Saturday night, kicking off at 7:45pm AEST, broadcast LIVE on FOX SPORTS and RUGBY.com.au radio.