Cheika names June Series squad with room for one more

Wed, 30/05/2018, 10:20 amby Beth Newman
Michael Cheika says competition for spots within the Wallabies will be tightly contested, as he announced five new faces into his 32 man squad.

Crusaders backrower Pete Samu has not been named in Michael Cheika's June Series squad, but still remains a chance of playing for the Wallabies this season.

Samu signed a two-year deal with the Brumbies this week, making the Melbourne-born forward eligible for the Wallabies, pending a release from New Zealand Rugby, due to his Super Rugby contract obligations.

It's a decision NZR said on Tuesday they were still mulling over and on Wednesday night, when Cheika named his squad, he said he couldn't pick Samu, but the backrower had a spot in the squad should he be released.

There is no deadline for NZR to approve Rugby Australia's request to release Samu for June, leaving both he and the Wallabies in limbo, though it is expected there will be a decision on Thursday. 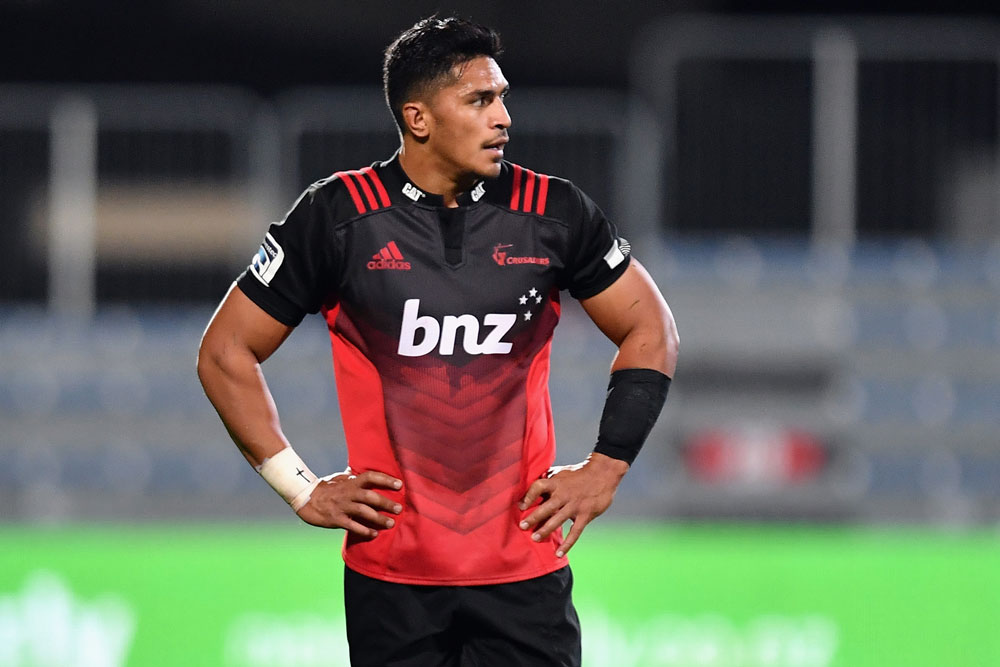 "I've been told I can't select him but there is a spot for him there," Cheika said.

"At this point, the decision's in other hands. I'm not really involved in that part of it but I'm hoping that there'll be some more clarity about that tomorrow."

Should that clearance not come, Lukhan Tui is likely to don the no. 6 in the first Test, with first-choice blindside Ned Hanigan not expected to be back from a knee injury until the second Test.

Uncapped Caleb Timu is another option to fill the back row alongside David Pocock and Michael Hooper, but he would most likely slot in at eight.

Reds backrower Timu is one of five uncapped players in the squad, with perhaps Brumbies fullback Tom Banks the biggest surprise of the potential debutants in the group named for the June Series.

Banks had two of his best games in the side's recent South Africa tour, scoring the game-turner against the Bulls in Pretoria last weekend.

Rebels rising star Jack Maddocks is another new face in the backs, confirming his widely-expected inclusion in the squad, after a sensational start to the season in Melbourne.


The wing spots were among the most-hotly contested, with Maddocks and Banks beating out seasoned winger Henry Speight as well as Queensland's Izaia Perese, who was on the verge of a Test debut in 2017, and giant Waratahs winger Taqele Naiyaravoro.

"I think it was just really tight," Cheika said.

"We went for, we've got very, very good attacking wingers and we look at the all-round components to make sure that we're solid in relation to our 'D' and also our kicking game and the kicking game that will be coming from Ireland to us.

"So, I suppose we're trying to balance our back three players in that respect. And then of course you've got a guy like Banks, who's come through with really strong performances in the last minute and I think he really deserves the opportunity."

Paenga-Amosa's progress has been swift, and Cheika backed him to be right in the mix for a spot in the first Test.

"Brandon's gone up against Malcolm Marx and performed right at the level. For me, a guy who comes out of club rugby Southern Districts, NSW and then he played NRC, got his opportunity out there, was spotted by the Reds and has taken that opportunity with both hands," he said.

"Now his challenge will be to get himself in the match 23 and I'm sure he'll - what I've heard about him, and only having a small amount of contact with him - he's going to do everything he can to be in that position."

Faingaa's inclusion was hanging on a possible suspension for headbutting, but having been handed just one match on the sideline, he will be available free for all three Tests.

"We had him in camp for a little bit last year, he handled himself really well and he's playing there in between Scotty (Sio) and Allan (Alaalatoa) down in Canberra and he's got a good bit of swagger, like his attitude and I think he'll take an opportunity with both hands," Cheika said.

Brumbies scrumhalf Joe Powell has edged out Jake Gordon and Michael Ruru to be the side's third-choice halfback, behind established duo Will Genia and Nick Phipps.

The Wallabies take on Ireland in the June Series, kicking off on Saturday June 9 at Suncorp Stadium, at 8pm AEST. Buy tickets here.