Wallabies and Reds prop James Slipper has returned two positive tests for cocaine, between February and May this year.

Under Rugby Australia's Illicit Drugs policy the first test is kept confidential, with only Rugby Australia's integrity unit and the relevant doctors made aware, with a focus on player welfare, but a second positive test is made public and the player is punished.

Slipper received the minimum punishment of a two-month stand down and a $27,500 fine, with Rugby AU CEO Raelene Castle saying a series of 'significant personal issues' had been taken into account when the tribunal made its decision.

We are extremely disappointed to be in this position today, with one of our most senior internatoinal players having submitted two posiitve tests for cocaine. We are fully aware that James is dealing with very significant personal issues and we have been working with him since February on these matters. WE are ensuring that James is receiving full help and support including specialist medical treatment. James has expressed his sincere remorse for his actions and for placing himself, Rugby Australia and the reds in this very difficult situation.

"We are extremely disappointed to be in this position today, with one of our most senior international players having submitted two positive tests for cocaine," she said.

"We are fully aware that James is dealing with very significant personal issues and we have been working with him since February on these matters.

"We are ensuring that James is receiving full help and support including specialist medical treatment.

"James has expressed his sincere remorse for his actions and for placing himself, Rugby Australia and the Reds in this very difficult situation."

Castle admitted more needed to be done to create an open environment for players to speak about their mental health issues.

"I think the time period has become news to us throughout this situation and that's one of the things about depression, if anyone's done any background research and reading on this particular subject is people work really hard to hide any mental health or depression challenges they have themselves for a very long time before they're prepared to front it," she said.

"And that's where as a sport we need to try and encourage people to come forward earlier because the earlier they come forward the more they can help them." 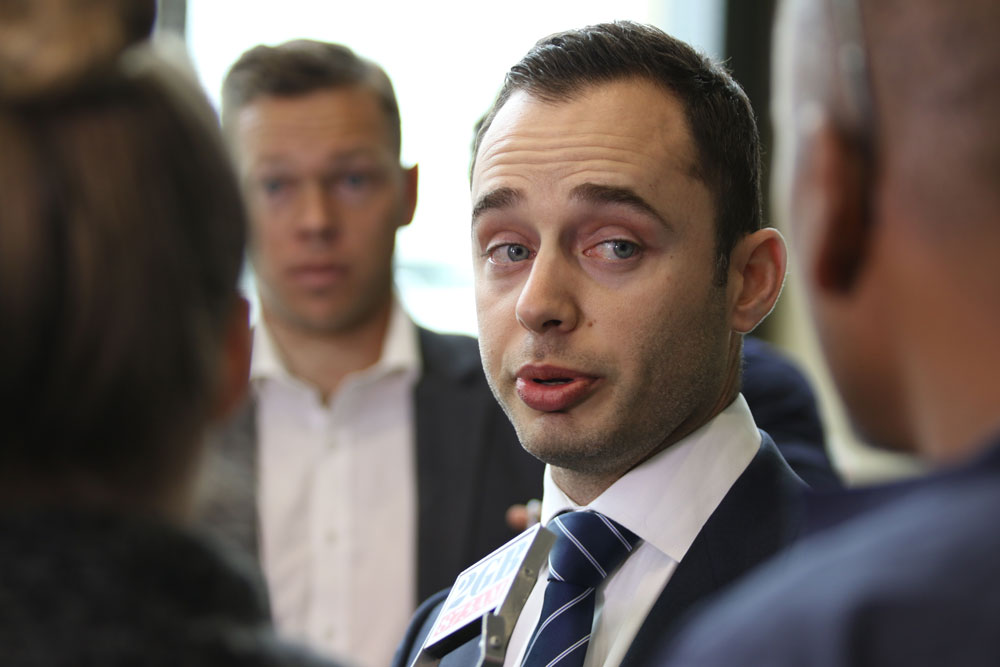 In a statement, Slipper said he would speak publicly when 'fit and ready' and Rugby Union Players' Association CEO Ross Xenos said Slipper's emotional state after the tribunal reflected some of his struggles.

"Speaking with James quite a lot over the course of the last week, his first expression and his first emotion when he found out about the situation was relief," he said.

"I think that's an indication of some of the demons that he has been battling over the course of the last little while that he now has some time to get himself right away from the daily grind of professional rugby and clearly he's going to be well supported by rehabilitation plan and also medical experts working with him."

Slipper took over the captaincy of the Queensland Reds in 2015, before stepping down from the role this season, and captained the Wallabies in 2015 against the USA.

He has played more than 100 Super Rugby matches for the Reds and 86 Wallabies Tests, after making his debut in 2010.


Queensland Rugby Union chairman Jeff Miller has called for a possible review of the Rugby Australia Illicit Drugs Policy, with the club not able to be made aware of Slipper's drug use until after his second test.

The news has also put his future with the club into question, with the prop off-contract at the end of 2018.

Miller said he was confident there was no drug culture at the Reds, despite both Slipper and Karmichael Hunt being embroiled in drug problems this season.

"I'm confident in saying that because this is an issue with a player who's played over 100 games and been of the absolute highest character in our game," he said.

"I believe there are extenuating circumstances with James that we need to take into account."

Miller said coach Brad Thorn had moved to help Slipper deal with some of his personal problems through the season, but was not aware of any of the drug-related issues.

"Brad had spoken to James early in the piece," he said.

"He made some accommodations around his training program to allow for James to accommmodate that.

:We have been aware of those issues, but we haven't been able to cover all of James's issues."

Rugby Australia's policy is in line with other major football codes - the NRL also keeps the first test private, but a second positive test within a year results in a punishment.

The AFL has a three-strike policy, with only the AFL Medical Director aware of the first two positive tests, with a third within four years of the first the only trigger to tell club doctors and officials. 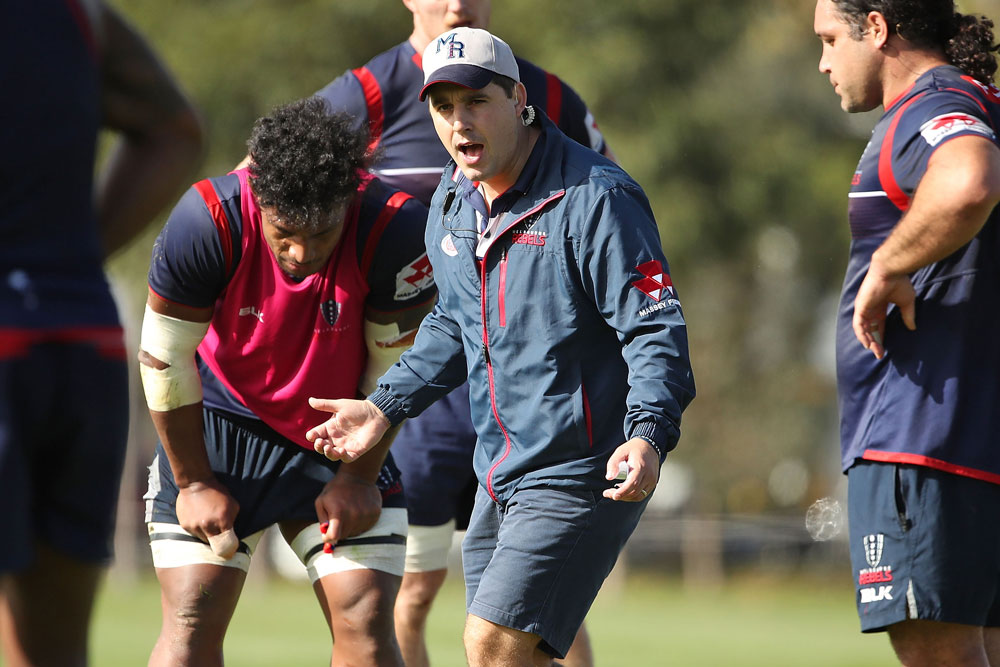 Rebels coach David Wessels expressed his sympathy to Slipper, when asked about whether the illicit drugs policy needed a tweak.

"I don't know James well, but from everything I do know about him from the playing group, everyone says he's a really good guy," he said.

"I'm sorry this has happened to him and he obviously has some struggles and he needs to overcome that.

"From a player welfare point of view, I think it's a timely reminder that this is an ongoing thing for all the clubs that we have to pay attention to this all the time, not just in one-off instances or as a reaction to something like this when it happens, but we need to be invested in this from a resource point of view and also from a time point of view all the time."

RUPA CEO Ross Xenos read a statement from Slipper about the tests and his punishment.

"It is with great regret that I feel it necessary to explain recent events," he said.

"Unfortunately I am unfit to personally address these issues today.

"I'm well aware that I will need to address these issues publicly and the questions associated with this and will do so as soon as I am fit and ready.

"I have been suffering wellness issues, including depression, for a year and have been receiving professional assistance for the last few months. the advice is that I will make a speedy and total recovery.

In the statement, Slipper said depression wasn't an excuse for his positive tests.

"In no way do my personal circumstances excuse my actions but I recognise now that I was not coping and that I need to properly address these wellness issues," he said.

"Recently, I breached the Illicit drugs policy of Rugby Australia and as a consequence have been stood down from playing rugby for a two-month period and have also received a fine.

"I take full responsibility for my actions and apologise unreservedly to my family, the Queensland Rugby Union, Rugby Australia, my teammates, coaches and all rugby supporters.

"I'd like to thank everyone who has continued to support me in this most difficult time and I fully intend to be a better more well-adjusted person. There is no place for illicit drugs in sport."

Though Slipper is one of Australia's most-capped props in history, he was not believed to be a part of Wallabies plans this season, and wasn't part of a recent Wallabies gathering.

If you or someone you know needs help, please contact Lifeline on 13 11 14. There is also an anonymous online chat service available between 8pm and 4am AEST at Lifeline.org.au, or visit Beyond Blue’s website.