Naiyaravoro and Tawake’s young cousin Toma Naivalu was among a group of deaf and hard of hearing children who visited Waratahs training this week.

The trio are from the Fijian village of Nacalu, with Naivalu’s father emigrating to Australia and this was the first time Naivalu had met his rugby-playing cousins in the flesh.

“I was just speaking to dad last night about him coming in and I was looking forward to it, especially since it was the first time I've actually seen him since they moved to Australia,” Naiyaravoro said.

“It is incredibly special, because it was a big struggle coming out of Fiji to where we are now. 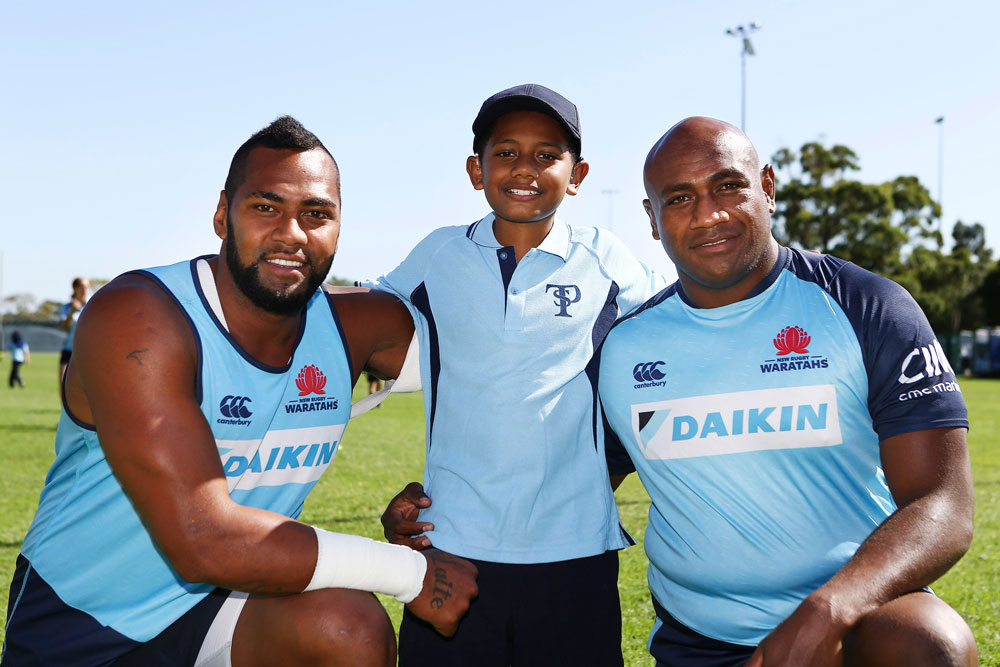 “It's always good to give back to the kids, especially seeing your family come and be able to see you train.

The children learned some rugby skills and drills, at the same venue where international deaf rugby players will descend on in the next fortnight, in the first World Deaf Rugby Sevens competition.

It was a rare chance for the children to experience rugby, with many facing barriers to playing regular club sport.

World Deaf Rugby vice-chairman and Australian deaf rugby player, Nick Marlor, has been a big part of organising the competition, and relished the chance to share the game with a new generation.

Marlor, who started playing rugby at 14 and discovered deaf rugby in 2004, and becoming a major advocate for the sport. “He was involved in playing and he happened to find out about deaf rugby, so we thought let's give it a shot.”

All of the players must be severely hard of hearing, with a measure of 85 decibels, equating to severe hearing loss, with players relying on hand signals and extra eye contact to communicate in games.

Australia will also play a Test against Wales at the end of the week-long competition, that involves 11 men’s teams and three women’s teams.