Quintet of changes for Queensland

A shift to outside centre for Queensland Women's star Alysia Lefau-Fakaosilea headlines five changes to the starting XV for the clash with the Brumbies.

Lefau-Fakaosilea was starved of possession in Queensland's opening round loss to NSW and with coach Michael Hayes eager to get her hands on the ball more frequently, the move to outside centre is a logical one.

There are two other changes in the Queensland backline, with University of Queensland veteran Asaka Ono getting the nod at halfback and Lori Cramer moving from the bench to the starting XV to fill the gap left by Lefau-Fakaosilea. 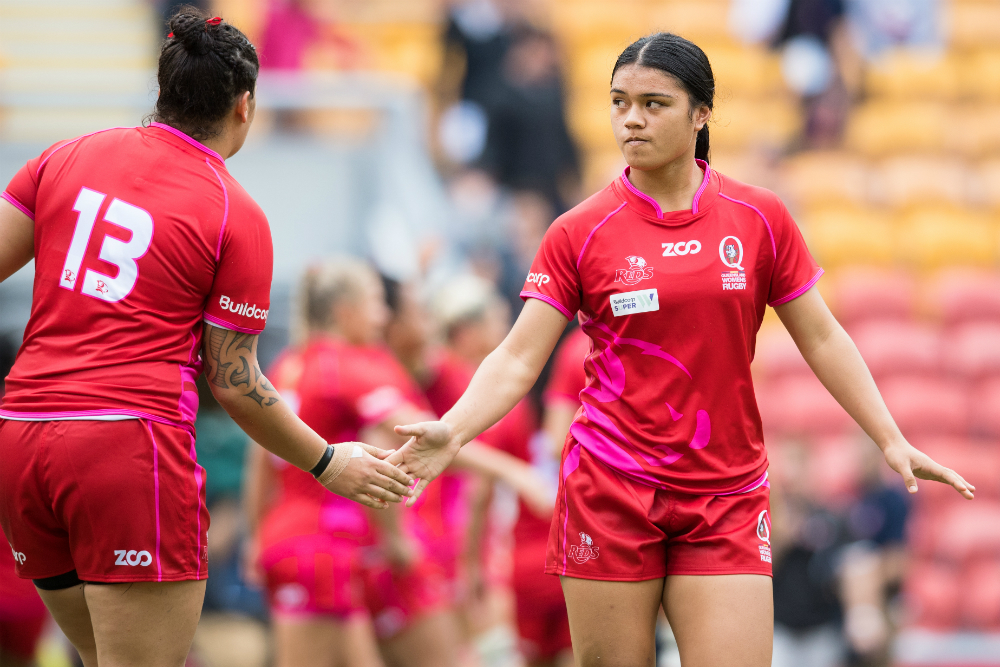 Up front, Brothers prop Toa Filimoehala moves into the starting XV in place of Liz Patu, with captain Kirby Sefo moving into the second row to accommodate the inclusion of Ivy Kaleta at blindside flanker.

On the bench, forwards Vuanimasei Rasolea, Jasmine Kemp, Ashlee Knight and centre Eseta Aho-Fangaloka are all fresh inclusions in the 23, set to make their Super W debuts.

"We’ve looked to make a number of changes this week after identifying some areas we needed to work on from last week’s performance," Hayes said.

"One key thing we needed to improve was our physical presence around the field, and we’ve adjusted both our starting forward pack and reserves accordingly, bringing some players into the side who we believe can influence that area of the game.

The Brumbies Women host Queensland on Saturday at GIO Stadium, kicking off at 5pm AEDT, broadcast LIVE on RUGBY.com.au and on delay on FOX SPORTS.