Ready to return for Reds

Outcast hooker Andrew Ready has fought his way back into the Reds 23, named on the bench for Queensland's clash with the Jaguares.

Ready has been overlooked for Queensland's first three games this season, Brandon Paenga-Amosa taking the opportunity as starting hooker with both hands and Alex Mafi doing a fine job as a late game finisher.

But Thorn, who has made a handful of changes to the team that beat the Bulls, has seen enough from the highly touted 24-year-old to hand him a chance this weekend.

There's just one change to the starting XV but it's a significant one, Angus Scott-Young slotting into the backrow for his Super Rugby start, ahead of Liam Wright.

Scott-Young will start at blindside flanker, with Adam Korczyk shifting back to openside and Caleb Timu taking the reins at No. 8. 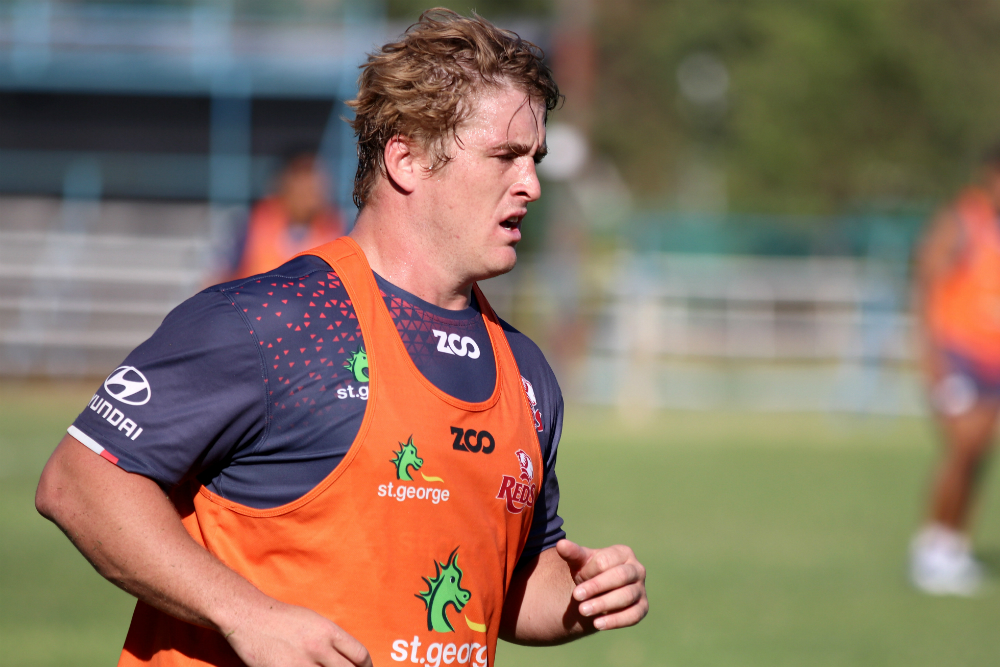 There are more changes on the bench, too, with Ruan Smith set to play his first game for Queensland having been named alongside his twin brother on the bench, and Ben Lucas also named on the pine for his first match of the season.

"We’ve made some changes to the team, but it’s nothing against any of the guys who have missed out," Thorn said.

"We’ve got a lot of competition for spots and it’s healthy for the squad. The players who have been selected have earned their opportunities and it will be good to see them make the most of it.

"Angus (Scott-Young) gets his first chance in the starting team this week. He’s earned the right. The same goes for the guys we’ve brought onto the bench.


"We’ve got some good depth in the forwards.

"Andrew (Ready) has been working hard, waiting for an opportunity.

"Ruan (Smith) is another guy who gets his first chance to wear the Reds jersey this year – it will be special for him and his brother to play together for Queensland.

"Benny (Lucas) adds a senior voice and he’s just a fiery competitor. I’m keen to see what he can add to the team."

Reds team to face the Jaguares

The Reds face the Jaguares in Buenos Aires on Sunday, kicking off at 8:40am AEDT, broadcast LIVE on FOX SPORTS.