by Sam Phillips
Christian Lealiifano was in fine form for the Brumbies in Tokyo. Photo: Getty Images

The calming influence of Christian Lealiifano is helping develop a burgeoning Brumbies attack, according to fullback Tom Banks.

The Brumbies trailed the Sunwolves 19-8 through 30 minutes in Tokyo and the attack was a touch stunted through the large majority of the first term.

Things kicked into gear in the second half as they overturned the deficit and kicked clear to secure a season opening win, Banks scoring a try in the run home and Lealiifano with several deft touches at flyhalf.

"He's such a calming influence, especially on the field," Banks said of Lealiifano.

"He is so influential in what he says and he is really calm on the field. 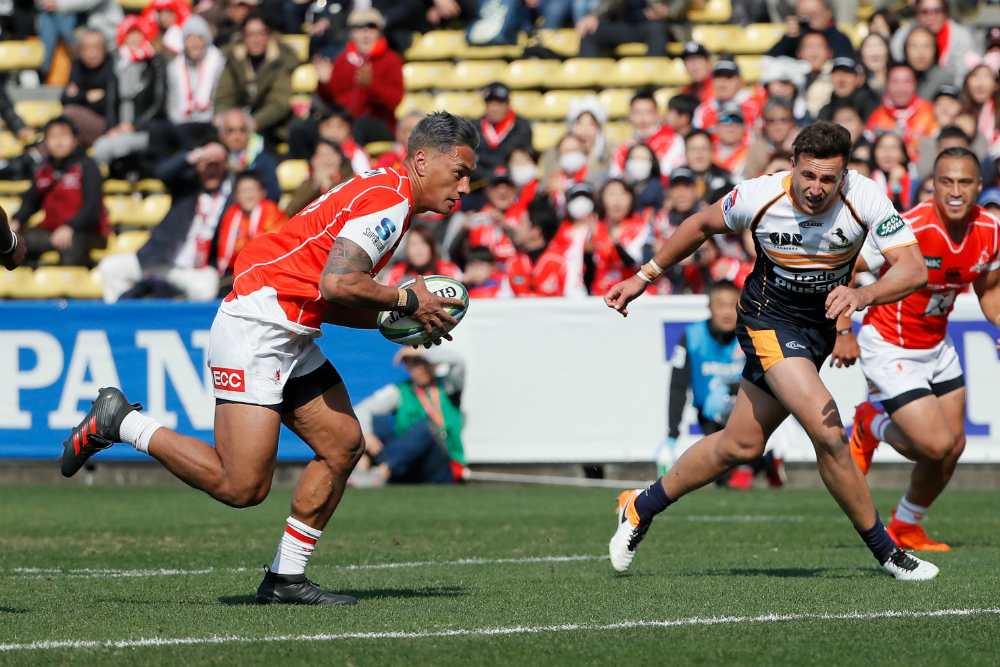 "It really helps both the inside and outside backs."

Banks will line up against his old club on Friday night when the Brumbies face the Reds at Suncorp Stadium and the 23-year-old admits their is still work to be done on his side's attack.

There has been plenty said about ACT eagerly upping the tempo of their attack but they were blunted by a Sunwolves defensive unit ready for their opponents to spread the ball before making inroads up front.

"It's always hard, the first game of the season," Banks said.

"You're just trying to get your structures together but there were some good glimpses there and we had some really good passages of play.

"The structure we are trying to play will take a little bit of time but we are looking a lot better.

"You still have to go through them before you go around them and you don't want silly offloads or things like that."


Banks is particularly wary of a wounded Reds outfit that must bounce back after a false start against the Rebels in their season opener.

"I always love playing Queensland because I did get my start there and there's a bit of history there," he said.

"When there is so much hype in the offseason over what they have tried to build and they have a season opener like that, they are going to bounce back as hard as they can.

"We have to weather the storm early and then look to play our own game."

The Brumbies travel to Brisbane to face the Reds on Friday night at Suncorp Stadium, kicking off at 7:45pm AEDT, broadcast LIVE on FOX SPORTS.