Aussies with work to do after Spain win

Australia’s women have opened their second Sydney campaign with a win, defeating Spain 29-0, but two-try star Emma Sykes says they aren't satisfied yet.

It took just 23 seconds for Australia to open their account at the 2018 competition, with Sykes breaking through a gap to score the first try, the first of a match double for the rising star.

Though they ultimately cruised to a win, Sykes said they had plenty to work on.

“Happy the girls came out firing and it was a really good first game result," she said.

"We still have a lot to learn and a lot to fix up on but it was a good first game.”

There was an element of rust in the Aussies’ game early, but a close-range dive from halfback Charlotte Caslick ended any element of that in the fifth minute.


Ellia Green came on just shy of half-time and the returning speedster took just seconds to break a Spanish tackle and score the first World Series try of her injury return.

A barnstorming run to open the second stanza showed Green had no anxiety about her comeback and an unfortunate bounce was all that stopped her from making it a double, in the eighth minute, as she stared down a mountain of space.

Australia was putting all the pressure on Spain as that half ticked on, already looking a more comfortable side than the one that ran out in Sydney last year

Sykes had her second in the 11th minute, fending off a Spanish defender to cross for Australia and Evania Pelite added her name just over a minute later, as the 2017 Dubai champions put the result beyond any doubt. 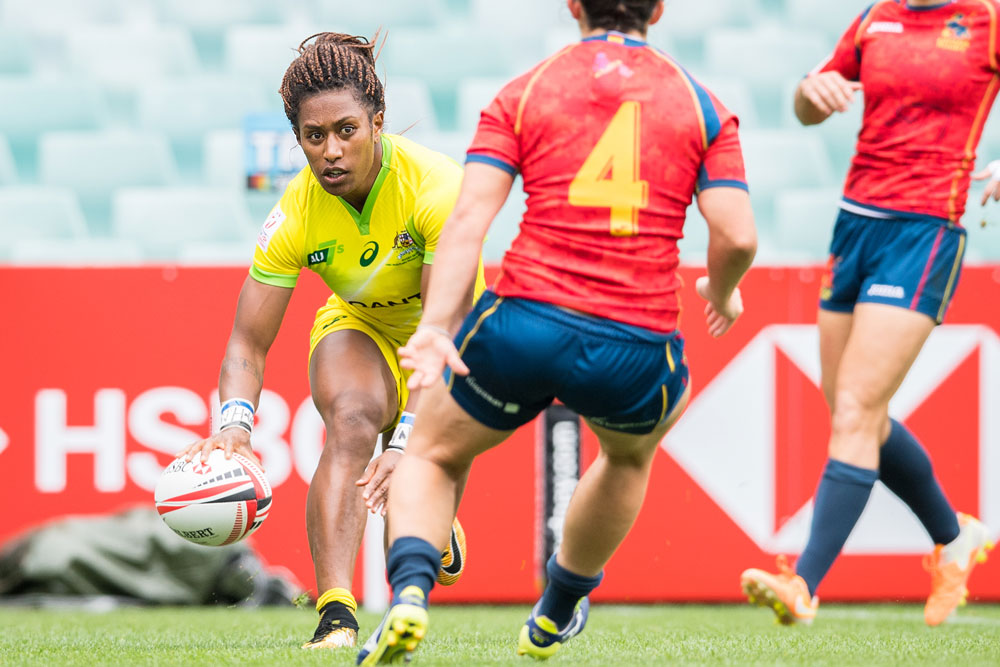 Spain threatened in the dying seconds but a desperate Georgie Friedrichs tackle snuffed out their hopes of a score.

Australia takes on Papua New Guinea in its second game, at 2:34pm AEDT, after the island nation lost its opener to France, 50-0.

The French loom as the biggest threat for the Aussies in their pool, but Sykes said they were firmly fixed on Papua New Guinea.

“PNG, they're kind of like Fiji you don’t know what they’re going to do they throw anything at you," she said.

"We're just gonna go out and play our game like we normally do and hopefully it will be enough.”

Keep up with all the Sydney 7s action across the three days in our live blog.