2018 a year of flux before salary cap kicks in

Wed, 10/01/2018, 5:32 amby Beth Newman
There was plenty of good news in the new CBA announced by Rugby Australia and RUPA today. An equal minimum salary across the professional game and better player welfare conditions two of the major positives.

This season will be the 'year in the middle of the sandwich'  when it comes to the Super Rugby salary cap.

The announcement of a new collective bargaining agreement on Wednesday put on paper a new $5.5 million salary cap, though that won’t truly come into effect until 2019.

With the Force’s axing in 2017, the reallocation of players has meant more than one Super Rugby franchise would be over that new mark in 2018.

Given the desire to keep as many players as possible in Australia, though, Rugby Australia and the Rugby Union Players’ Association are giving clubs a year of ‘transition’ to plan for the future.

The Rebels have been the main beneficiary of western talent, with 12 players following former Force coach Dave Wessels to the Rebels in 2018, but they’re not the only ones who would be in danger of exceeding the cap. 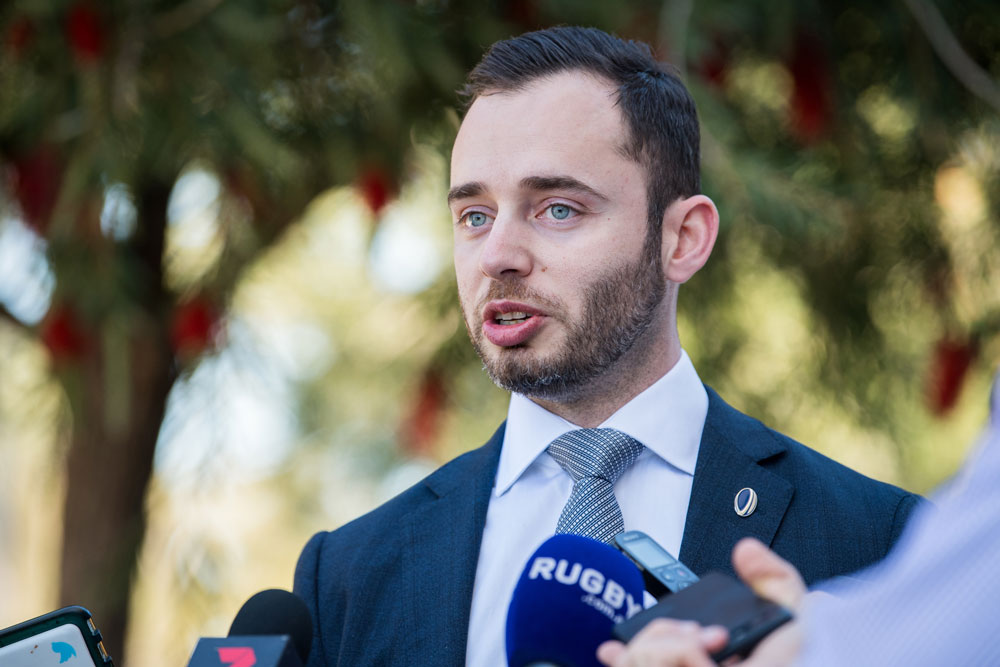 RUPA CEO Ross Xenos said it would have been counterproductive for the new agreement to enforce the salary cap from day one.

“I think what's really important is if the reason we went from five teams to four teams was to improve our performances on the field, we then couldn't go and put in place any draconian measures that would then inhibit teams from having that performance lift in 2018,” he said.

“Given we have a commitment legally to honour the contracts of players who had signed to stay in Perth, it would then be counter-intuitive to go to them and say to them, 'We need to shed players out of the system.

“So, that's where the adjustment to the way the salary cap now works is really crystal clear for 2019 and 2020 and teams now need to have a bit of advanced planning into what their rosters look like in the future, knowing that 2018 then becomes the year in the middle of the sandwich that they just need to adjust.”

Franchises will be able to field larger squads in the new CBA, which runs until 2020, with a core squad of 28-32 and wider training squad of between 36-40, giving clubs at least five extra players.

Even with the new expanded squads, there are 15 fewer Super Rugby spots open for 2018 than last year, with 160 places across the competition.

Outgoing Rugby Australia CEO Bill Pulver said the flexibility was a necessary step after the Super Rugby saga of 2017.


“We understand we were disrupting their lives significantly, they were contracted to play in WA, we were moving them,” he said.

“In essence we've been very flexible with where they wanted to play, in order to try and get as much of the talent staying in the country as we could.

“The reality is the Rebels and some other Super Rugby clubs will be slightly over their salary cap for 2018, and that’s flexibility we're providing sensibly.

“That will need to be corrected back by '19.

“There'll have to be transitionary changes there that actually get them back into line and, frankly, I think that'll be managed fairly easily.”