Catchpole, 78, died on Thursday night, after a long battle with illness.

The scrumhalf made his debut for NSW at just 19, captaining Australia at 21 in his international debut in 1961, going on to play 27 Test matches for the Wallabies, 13 as skipper.

The Randwick local began school in Coogee before graduating to Scots College in Sydney's east after winning an academic scholarship to the prestigious school, playing in the first XV in his final two years of school. 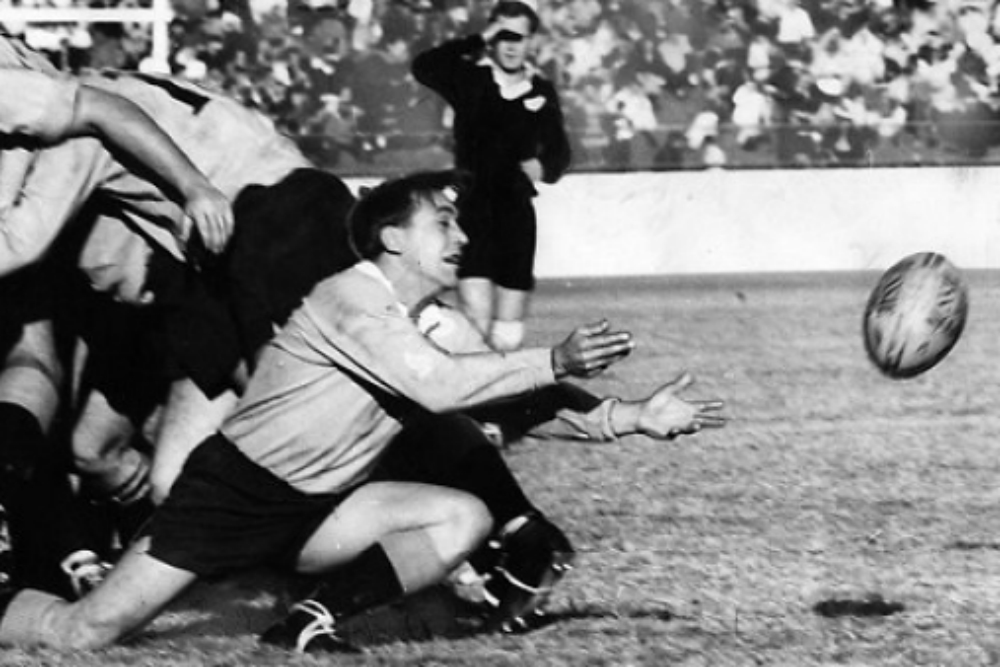 Despite being accepted into Sydney University, Catchpole opted to play for his local club, Randwick, at club level, making his first-grade debut in his second season in 1959, going on to make his NSW debut just a few games later.

A year later Catchpole captained NSW against the visiting All Blacks in a series of tour matches, before that 1961 maiden Test outing.

His rugby career was cruelly cut short when he was just 28, when Colin Meads grabbed Catchpole's leg and twisted it under a ruck, tearing his hamstring off the bone and severely rupturing his groin muscles.

He is immortalised outside Allianz Stadium, with a statue of the legendary halfback built in 2010 and the annual Shute Shield Player of the Year is named after Catchpole, such was his influence through his career.

“He'll be fondly remembered as one of our best and his records will live long at Randwick, New South Wales and the Wallabies.

"Ken had a real aura about him both on and off the field. He might have been small in stature but you knew when Ken was in the room by the respect he commanded.

“On behalf of the entire Australian Rugby community, I want to pass on our thoughts and prayers to his family and loved ones.

"The Classic Wallabies are truly saddened by the news of the passing of one of the great icons of Rugby Union in the legendary Ken Catchpole.

"Affectionately known as “Catchy” to his team mates and Rugby supporters around the world, Ken was an extraordinary athlete with blistering speed, amazing agility and a fearless spirit in taking on much bigger opponents.

"Catchy was a natural leader and was consistently rated the best halfback in the world. He was loved by Wallabies young and old and displayed a modesty that defied his achievements and set an example for our sport.

"He was one of 102 Wallabies selected from the Randwick Club, a team he dearly loved. Coogee Oval has arguably never seen a better player than Ken Catchpole."