Wallabies cruise to victory in Japan

Sat, 04/11/2017, 7:39 amby Beth Newman
The Wallabies have downed the Brave Blossoms in the first ever contest on Japanese soil but they didn't have it all their own way. The home side winning the second half in what was an entertaining contest in Yokohama.

The Wallabies have cruised to victory in Yokohama, beating Japan 63-30 in the first Test between the nations on Japanese soil.

Hulking centres Tevita Kuridrani and Samu Kerevi had a field day, in a backline that outsized Japan’s easily, scoring five tries between them as the Wallabies racked up nine overall.

It wasn’t quite the 91-3 scoreline Australia piled on them in the 2007 World Cup, but it was their biggest score since a 65-3 victory over Uruguay at the 2015 Rugby World Cup and enough to suggest the Wallabies will head to the UK with a healthy dose of confidence.

It was a bit of a shaky start for the Wallabies, with an early knock on, but once they had some space, it didn’t take long for Kurtley Beale to make the most of it, sending a bullet pass to Samu Kerevi for Australia’s first try.

The scrum and lineout were areas highlighted as weaknesses for Japan in the lead-up and that proved true, though the Wallabies had their own issues in the breakdown, giving away too many penalties. 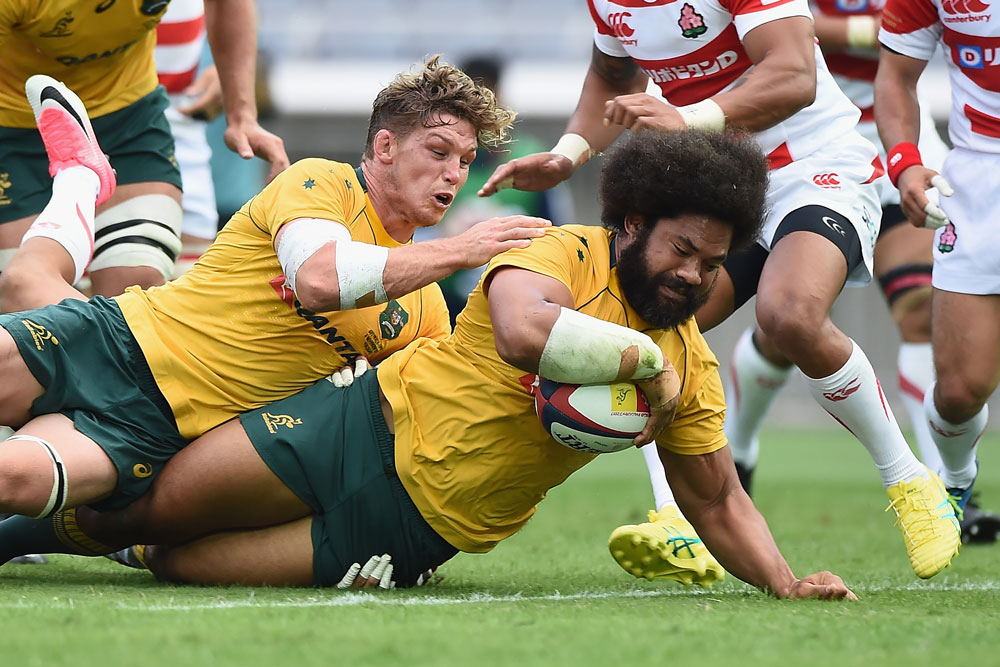 A swift inside ball from Reece Hodge, off the back of a lineout, put Speight in space five minutes later, making it two unanswered tries for Australia, as the attack began to gel.

Hodge was more than serviceable in his first international start at flyhalf, and added nine from nine off the boot, slotting them from all angles.

The Blossoms opened their scoring with a penalty, but lost lock Uwe Helu to a head knock and then the Wallabies were over again, with Tatafu Polota-Nau scoring at the bottom of a pack.

Another speedy pass from Hodge landed in Beale’s hands and, in turn, Tevita Kuridrani’s as the outside centre made it four Australian tries.

The Wallabies looked dangerous with ball in hand, testing a Japanese defence that coach and players have admitted is still a work in progress.

Kuridrani had a double just shy of half-time, running a strong support line for a rampaging Marika Koroibete, collecting the offload and dotting one down in the corner.

Running was where the Wallabies looked their best and they did plenty of it, with 10 offloads by half-time, 17 overall, and an attempted behind the back pass from Scott Sio that couldn’t quite find a target. 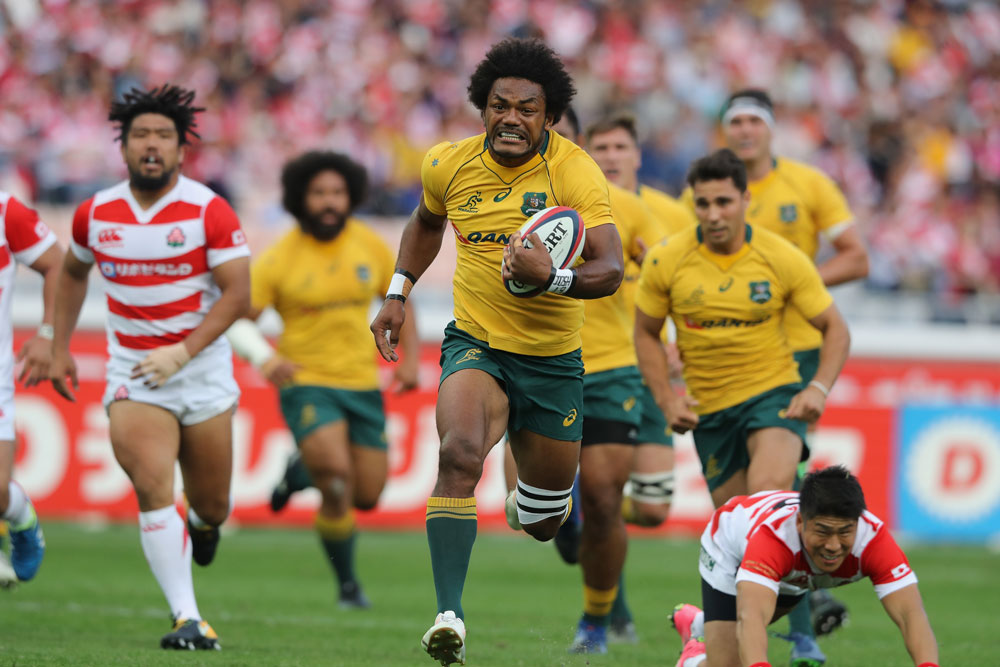 Japan put the pressure straight on the Wallabies after the break, camped in their attacking zone and eventually won a pushover try, to replacement lock Wimpie van der Walt.

Just as it seemed the Brave Blossoms were making ground, Kerevi finished off a super Henry Speight break, fending off a defender, skipping away from another and spectacularly diving over the line for his second.

Penalties kept Japan's score ticking over, something that will have frustrated a Wallabies camp looking to keep their foot on their opponent’s throat.

Kerevi and Kuridrani combined for the latter’s hat-trick, Kerevi dragging defenders to the line and handing off to his centre partner to score.

Nick Phipps pounced on an opportunistic moment to score in the 63rd minute, and then Michael Cheika rang the changes, before Rob Simmons ran away to add to the forwards’ tally.

Rebels no. 8 Amanaki Mafi got one back for Japan as the clock ticked down, and rookie lock Kazuki Himeno notched a final consolation score after full-time, keeping the 43,621 interested until the final whistle.

The Wallabies will travel to Cardiff on Sunday, ahead of next Saturday's game against Wales.