Wed, 18/10/2017, 3:00 amby Beth Newman
President of Ireland Michael D. Higgins dropped by Australian Rugby headquarters at Moore Park, during his State Visit and reiterated the significance of today's announcement of the first ever three test series between Australia and Ireland.

Australia will host an historic three-Test series against Ireland in the 2018 June series.

Australia will host the Irish in the Super Rugby break in 2018, with Tests in Brisbane, Sydney and Melbourne.

With no June Series in Rugby World Cup years and the introduction of a global rugby calendar in 2020, next year's will be the final mid-year series in its current format.

The Wallabies played Ireland in Dublin on last year's Spring Tour, with the Irish ending their hunt for a Grand Slam in the second last match on the tour. 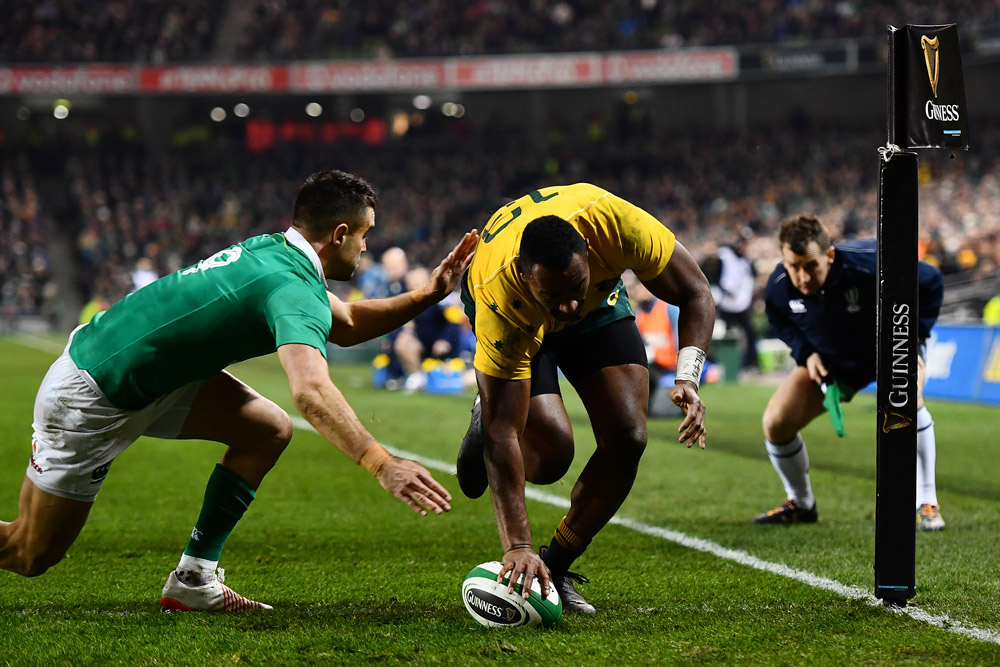 Ireland has not visited Australia since 2010,  a match in Brisbane the Wallabies won 22-15.

That 1979 tour was the last time Ireland tasted victory on Australian soil.

Ireland President Michael D. Higgins was on hand for the announcement on Wednesday, joining ARU CEO Bill Pulver in Sydney.

Pulver said the series would be a hotly-contested one, with the two nations having leapfrogged each other in the rankings in recent monts.

“The rivalry between the two nations has grown enormously in recent years with some memorable encounters,” he said in a statement.

“With a huge number of Irish expats living in Australia, Ireland will enjoy strong support when they are here for matches in Brisbane, Melbourne and Sydney.”

IRFU CEO Philip Browne said he expected plenty of Irish green to appear in the crowds.

“The IRFU are delighted to tour Australia in June 2018,” he said.

“Games involving Ireland and Australia are always great occasions and this is will be an exciting tour. The Irish diaspora are renowned for supporting the Irish team when they visit their new homes so we know there will be a party atmosphere to match the world class rugby.”