Sat, 26/08/2017, 8:10 amby Jill Scanlon
UQ have gone undefeated in round one of the Uni7s, running out 15-5 winners against Bond University in the final. Hear from both skippers after the final whistle.

University of Queensland have been crowned the first ever Uni 7s champs, beating Bond University 15-5 in the final.

The Emilee Cherry led side went the entire tournament without dropping a match and put the writing on the wall with a 31-0 win in the semi-final.

Here's how the day panned out.

University of Queensland captain Mackenzie Sadler continued to impress as one of the standout performers of the opening tournament – running in the first try of the final.

Jannicke Ijdens got a classic long pass from Emilee Cherry and dotted the ball down in the corner to extend the lead to 10. 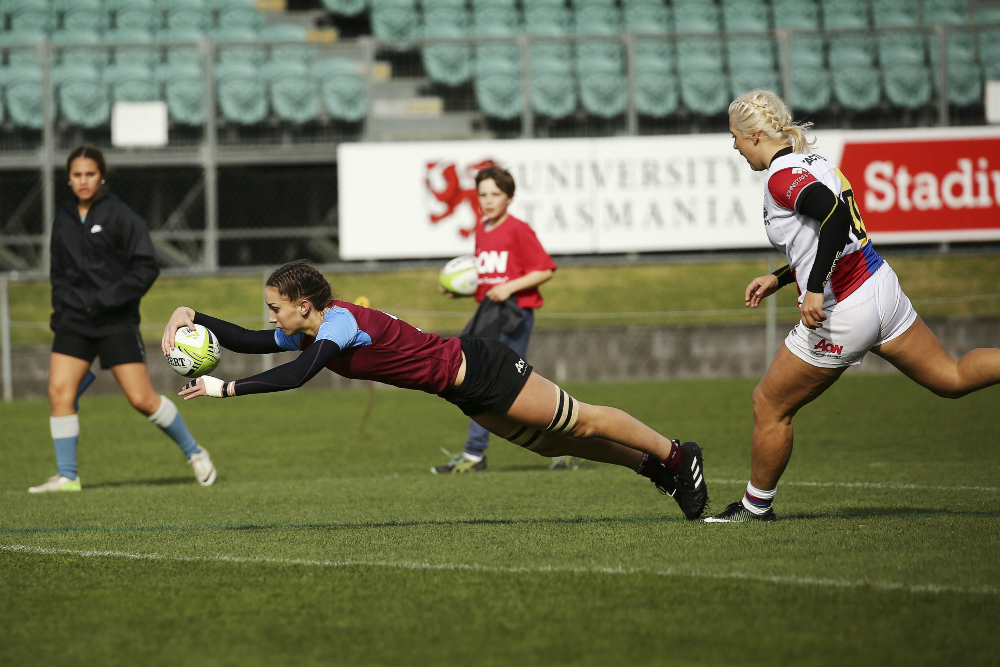 With three minutes left in the game there had been no addition to the score with UQ holding on to its five point lead.

Charlotte Caslick put in a big tackle on Emilee Cherry which the referee did not like and the champ was sent to the sin bin to see out the remainder of the game.

Lily Dick then took advantage of the reduced opposition scoring the final try of the match thanks to some great play from Cherry.

The siren sounded soon after to seal the 15-5 victory, UQ crowned the inaugural Uni 7s champs.


Dom Du Toit struck first for the Rays, running in a 70 metre try to get the Sydney outfit on the board first.

Not long after she made it a double to extend the lead to 12-0, as Macquarie looked intent on making up for its earlier poor performance in the semi.

That was the score at the half-time break with Macquarie in full command in that first half.

Katie Harrison quickly scored early in the second half to push the margin out to 17 points.

Demi Hayes finally got the space to make a run up the ground to give her Griffith team a glimmer of hope but it was all too late, Macquarie claiming the Bronze medal.

Brydie Parker got UNE on the scoreboard quickly and that was quickly followed by a second within the first three minutes.

UNE had come out of the gates firing and Alicia Quirk ran over the third try just on half time, opening up a big 15-0 lead at the break.

They took that 15-0 lead and kept applying the pressure, assuming complete control and scoring the team’s fourth try just two minutes in to the second term to stretch the margin to 20 points.

Canberra hit back with two consolation tries but the match was all over by that point, UNE taking two wins from two starts on Day Two to finish fifth. 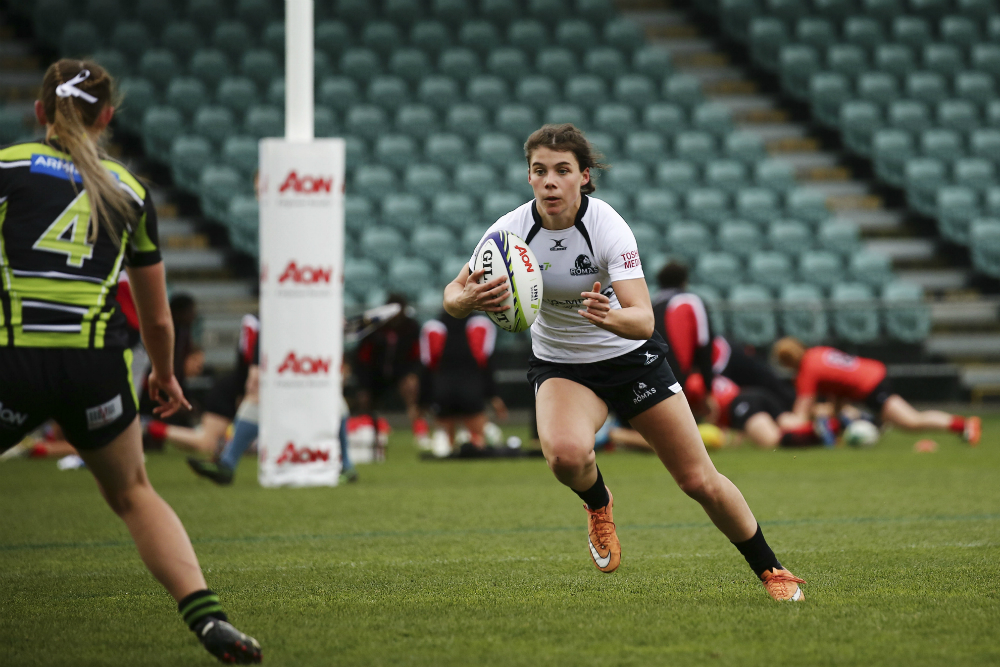 With local pride on the line and some vocal crowd support, UTAS worked hard to keep the action in their attacking half, pressing for the opportunity to score.

However, with Vani Pelite working tirelessly to get Adelaide on the front foot, the first score of the game was for the Romas, as Alice Gregory ran up the sideline to dot down.

That would be the only score in the first term, with Adelaide taking a 7-0 lead into the break.

Once play got underway in the second term, USA star Kiki Morgan was again in the thick of the action, scoring UTAS' first to level things up.

Pelite responded, running 50 metres to score the eventual winner for Adelaide, securing their first win and a 7th place finish.

With UQ just waiting in the wings to see which of their fellow Queenslanders would meet them in the final, the battle between Griffith and Bond was always going to be an enthralling one.

Within the first two minutes, Aussie Sevens superstar Charlotte Caslick had scored for Bond, streaking down the line having found some space.


Griffith, having twigged to Caslick sitting out wide waiting to make a run, shut her down with some strong tackling to restrict the attack of the women in gold.

The half-time siren sounded with the game all tied up at 5-5 after a fiercely contested first half.

As the second half got underway both teams showed their strength in the contest with big tackles being applied.

After a lot of back and forth possession in the first few minutes of the second half, both teams added a try to still be tied up with less than a minute remaining in the game.

The siren sounded with the scoreboard showing 12-12.

Some confusion ensued but Bond will advance to the final on a technicality, having scored the first try.

This was a highly anticipated clash of two of the strongest contenders from the first day of competition but UQ came out of the gates firing and never looked back.

UQ quickly got the scoreboard ticking over with two early tries – the first to captain Mackenzie Sadler, the second to Aussie champion Emilee Cherry. 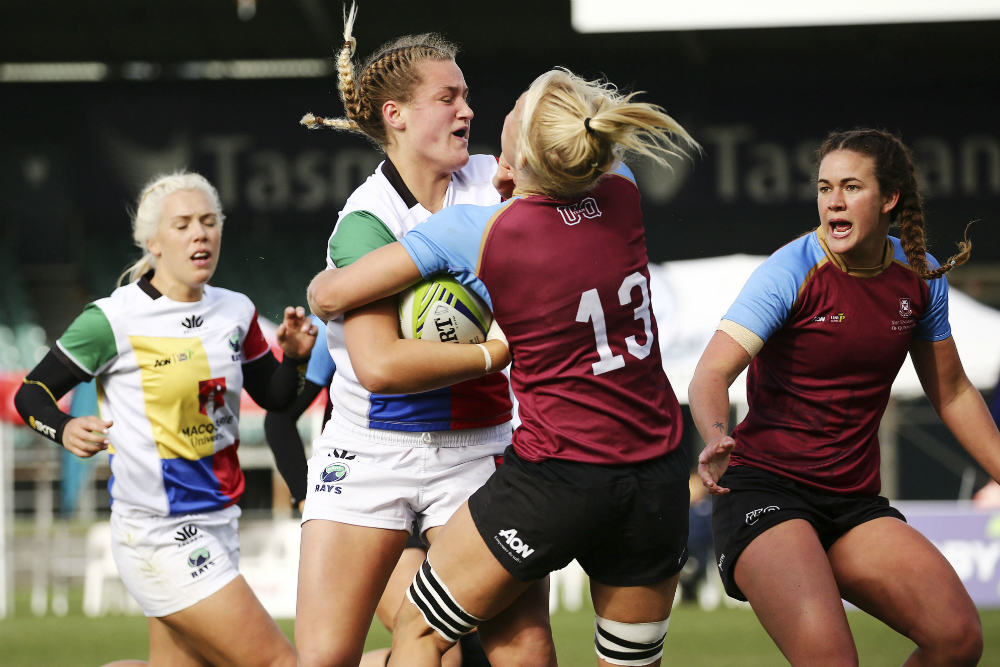 Macquarie struggled to retain possession and UQ capitalised, putting their third try on the board just before half-time.

They went to the huddle with a 19-0 lead over a surprisingly quiet Macquarie and any thoughts that the Sydney outfit would reel in the Queenslanders in the second half was quickly put to bed as a fourth try came in the tenth minute.

The Queenslanders were in command across the field with crisp passing allowing Sadler to add another try to her weekend tally and give UQ an unassailable lead with less than a minute on the clock.

The final siren sounded and UQ took the victory, 31-0.

They will now prepare for the final, while Macquarie will need to do some soul-searching as they head to the Bronze medal game. 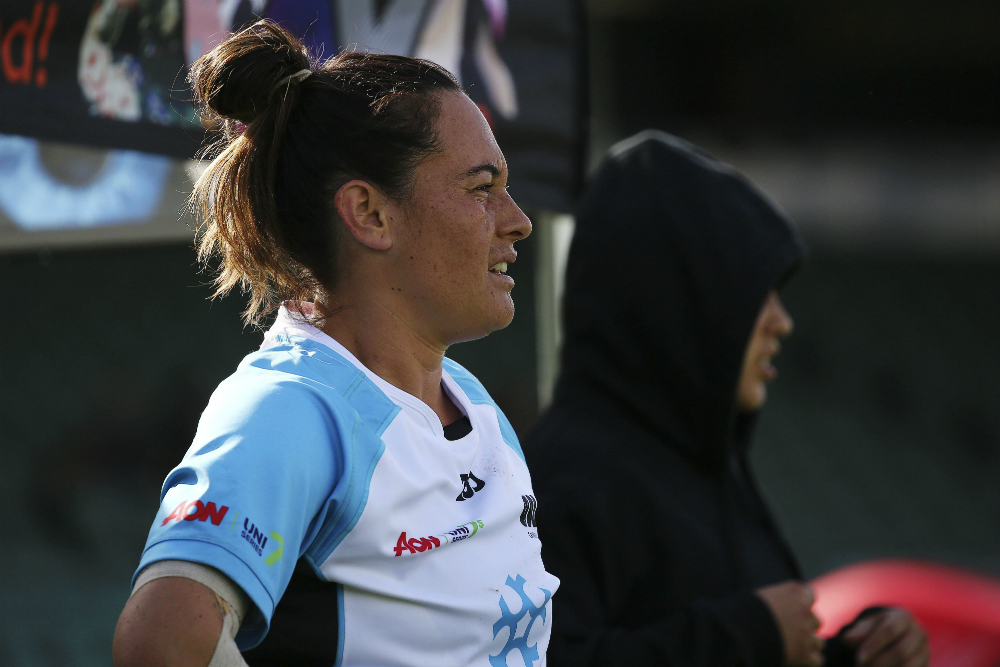 UC will face UNE in the fifth place playoff, beating hosts UTAS in a thriller.

Tasmania responded quickly through former basketballer, Olivia White, who then made it a double just before the half-time break to give UTAS a 12-7 lead.

A length of the field effort from Yasmin Meakes saw Canberra fight back and take the lead with a successful conversion.

Aussie Sevens’ Shanice Parker again had a busy day, working hard in both attack and defence across the park.


But it was Cassie Staples that put Canberra back on the front foot, Samantha Wood finishing off Staples' sharp work to extend Canberra’s lead to seven points and secure a fifth place playoff berth.

UNE drew first blood with a quick try in the corner to Rhiannon Byers.

The UNE defence was strong and forced the Romas to make some early errors through turnovers and some poor ball handling. 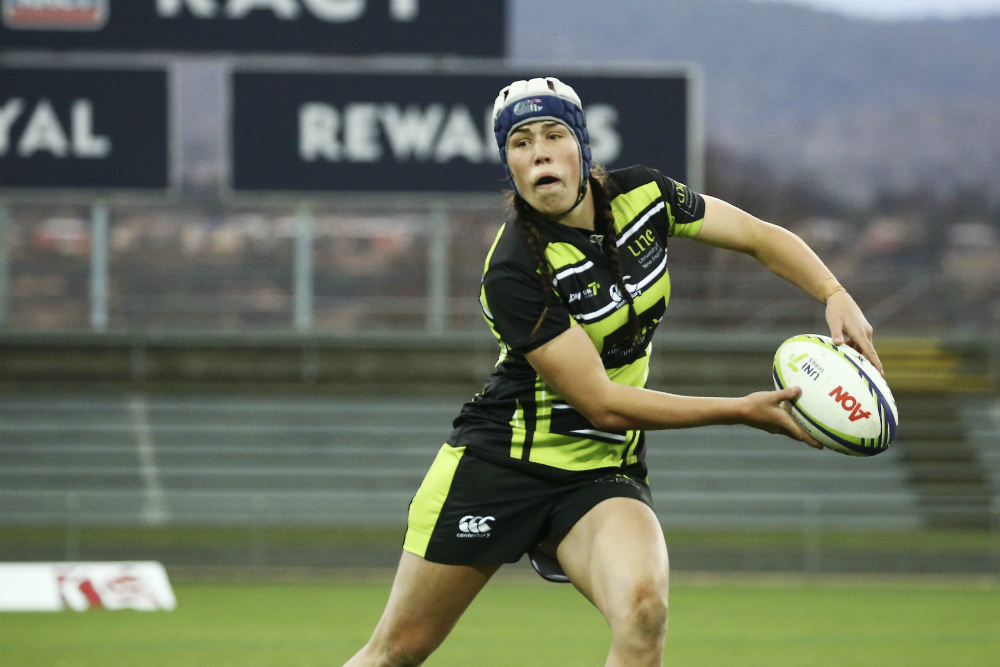 After Adelaide again pushed forward, UNE regained the momentum and Cherrington went in next to the post for her second and New England’s third as the half-time siren sounded.

Aussie Sevens star Alicia Quirk joined the on-field action with UNE in the second half, shortly followed by her teammate, Vani Pelite for the Romas.

Hannah Southwell and Quirk worked well together to advance the UNE attack and open up more scoring opportunities, Quirk crossing soon after for New England.

Abby Schmiedel ran in a fourth try, quickly followed by one from Brydie Parker capitalising on the wide passing game the team had employed all match.

A strong performance from New England, who advance to the fifth place playoff with the 27-0 win.

Here's how the finals will play out today.