The Australian Men's Sevens have completed a perfect string of eight starts at BB Print Stadium in Mackay, sweeping all before them.

The last match of the night was a tight contest but it has otherwise been a dominant showing from a squad that is still in early preseason.

The defence, in the first two matches of today in particular, was exemplary.

"We spoke about our defence from yesterday and there were a few little areas that we needed to work on," coach Andy Friend told RUGBY.com.au. 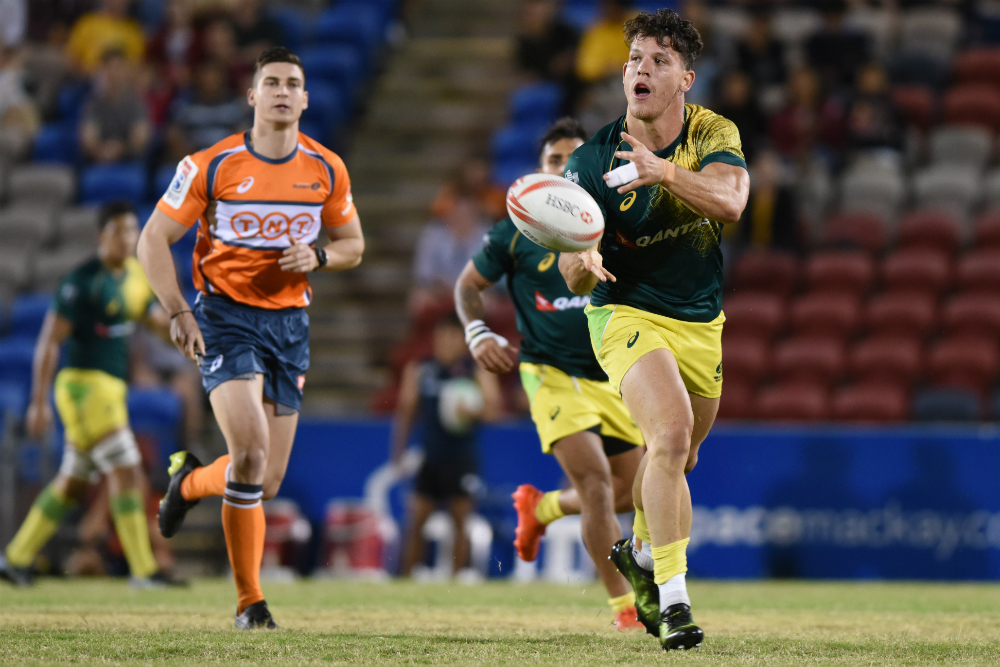 "The game of Sevens is tough when you have new faces as well.

"So with the new boys we have here, their attitude and their fight, it's been really, really good.

"Japan is a good football side and they had a few injuries so they were brave but I thought our blokes were tremendous."

While the new crop of players, such as Maurice Longbottom, Ben O'Donnell and Tom Hood impressed, it was the players that have had a year or two in the program, the likes of Simon Kennewell, Tim Anstee, Lachie Anderson, John Porch and the evergreen James Stannard, that starred throughout the eight matches.

"They were special throughout, you could just see that they have had the exposure to this level," Friend said.

For a group that is still learning each other's strengths and weaknesses, the foundations of an attack that will produce plenty of points this season are also there for all to see. 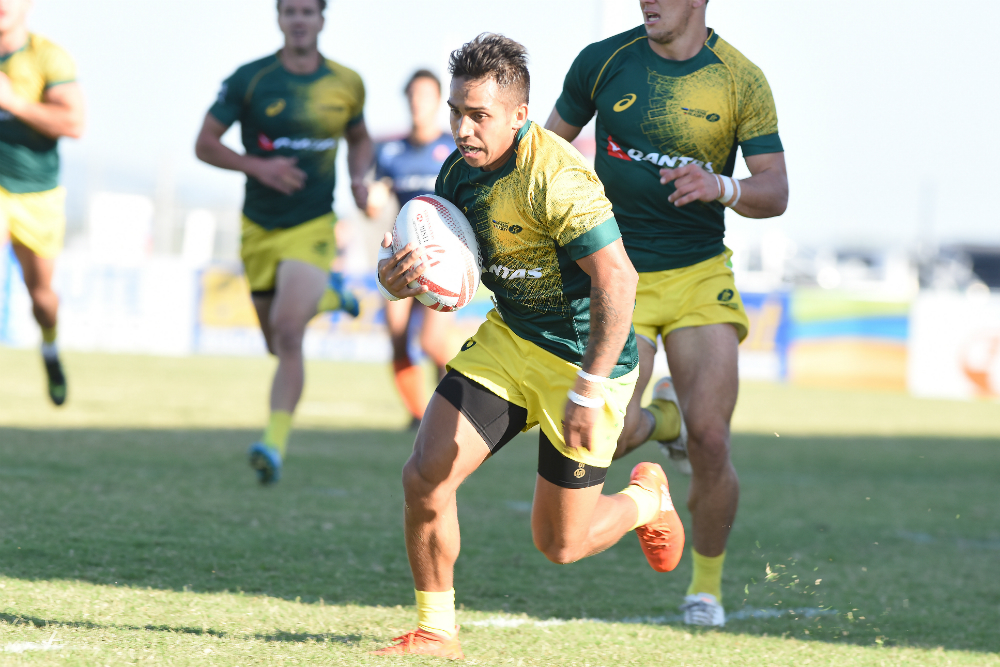 "We're trying to just identify early where the space is and get a couple simple calls to get the ball to there and I thought, on the whole, we were pretty good with that," Friend said.

"When the boys get fatigued, the ability to communicate, whether that is the talking or the listening, we drop off a bit and we were guilty of that in the latter games, where bodies are fatigued and the mind is starting to wander.

"As we continue to prepare for the World Series, that's something we need to get better at."

Here's how the day panned out.

It was up to Australia Gold to send the big crowd on hand at BB Print Stadium home happy but it was Japan that controlled the early proceedings, setting up camp in the Australian half before crossing through Masahiro Nakano.

Australia hit back on the siren to level scores at 5-all at the break. 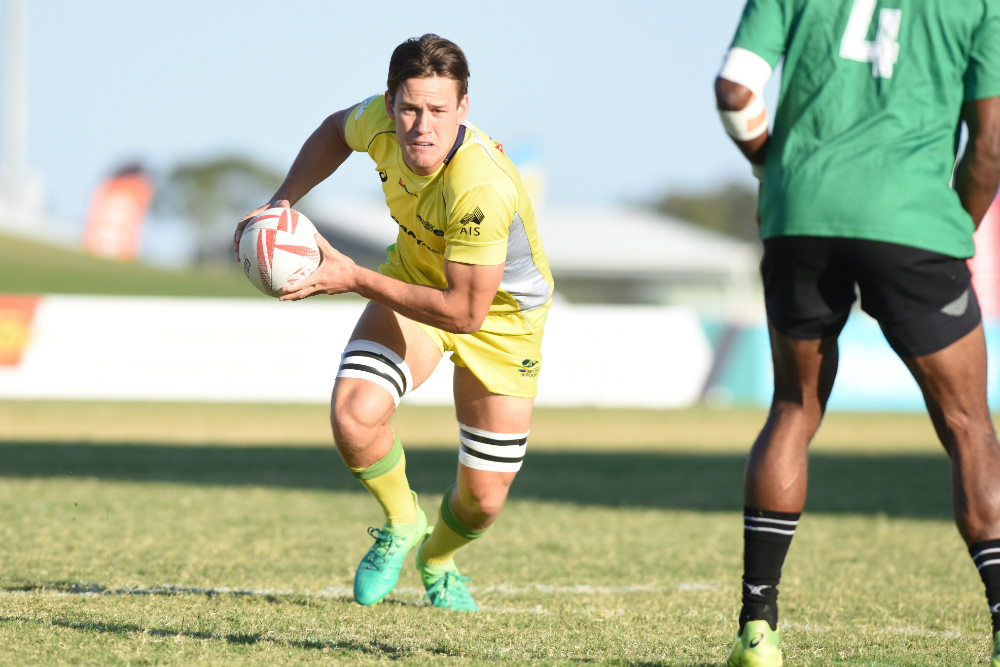 That was the best rugby Japan have produced in the last two days and the application was there again in the second term but Australia had too much ball and with that, too much power for the Japanese to hold.

Lachie Anderson's try was testament to that, as he carried three defenders on his back en route to Australia's third try.

Kunihiro Komori put the Japanese back in it in the final minute, showing a clean pair of heels down the right sideline to score and set up a grandstand finish.

But Australia won the restart and James Stannard booted the ball into touch, completing a clean sweep for the Aussies in Mackay.

Australia Green were up first tonight and Nicky Price started the Australians off on the right foot, showing terrific acceleration to leave two Japanese defenders clutching at air before maintaining a healthy top speed to stave off another defender and score.

Ben O'Donnell won the ensuing restart and two passes later, Simon Kennewell was in for his first of the night.

Maurice Longbottom was the man that sparked a length of the field movement for Australia's next. 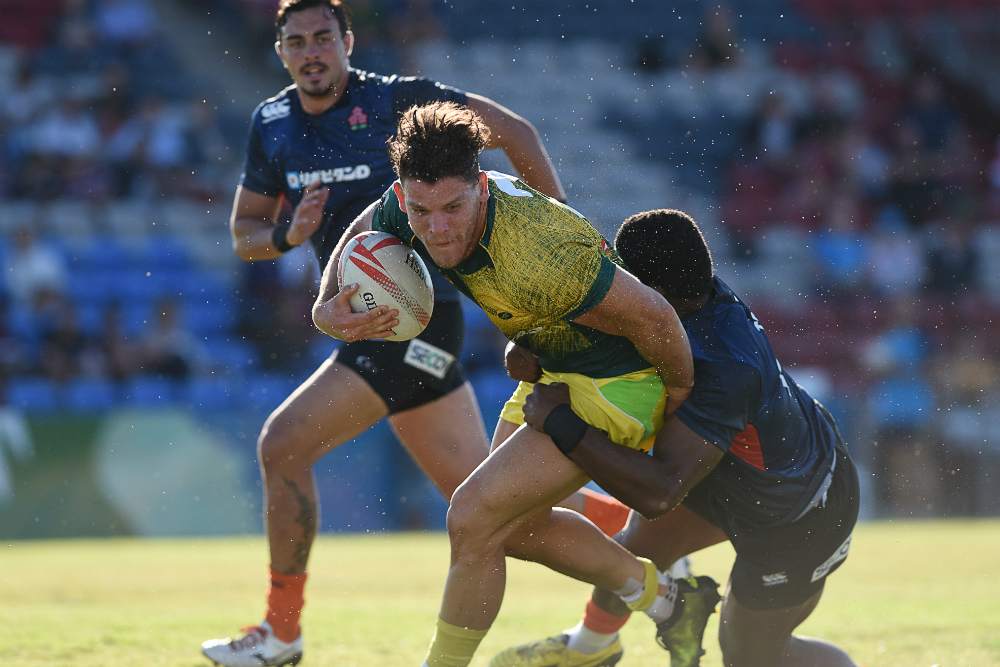 He showed great pace to split the Japanese line and find Kennewell, who brushed two defenders before finding Price, who found an unmarked O'Donnell for the third of the night.

Japan hit back with a try of their own after the half time siren had sounded, taking the score to 17-7 at the break.

John Porch pulled off a superb individual effort to start the second term, turning a miscued kick for touch from the Japanese into a 70 metre try, showing superb pace off the mark in doing so.

It was that man Porch that set up O'Donnell for Australia's next, popping a perfect pass after threatening the line to put him over.

Japan then crossed again through Naoki Motomura, with the Australians looking a touch gassed as the clock winded down.

But the Aussies had the last laugh, Tom Merritt scoring another long range effort to round out Australia Green's preseason play.

James Stannard crossed in the opening minute, creating a linebreak with a neat offload before receiving one back and dashing away to score under the posts. 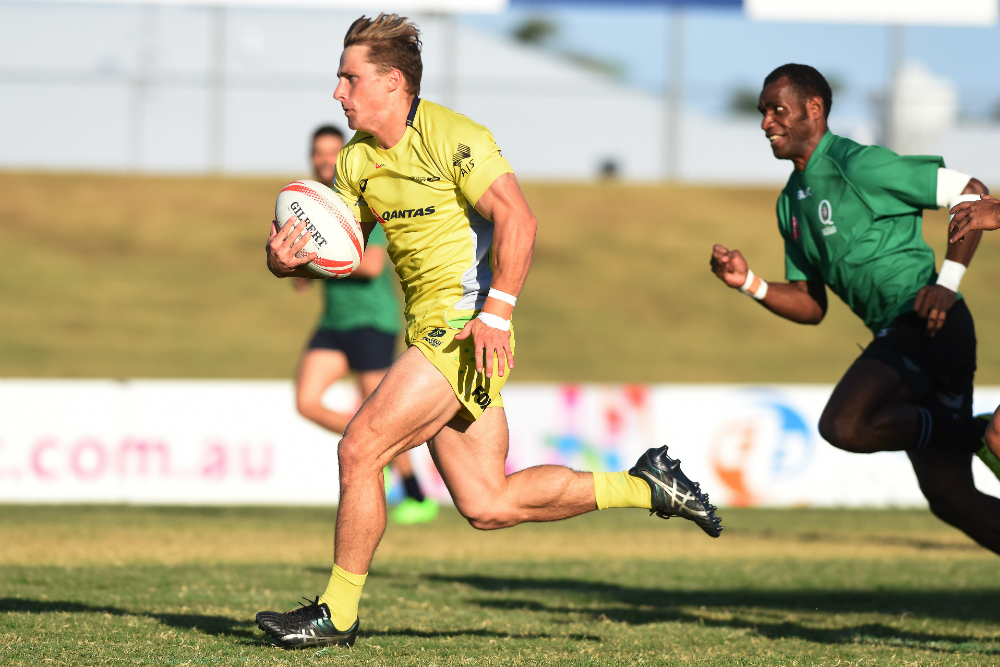 Stannard was in again in the immediate aftermath, Australia winning the restart and showing crisp passes across field to put the veteran in for a double.

It was Joe Pincus' turn to score next and it was again from the restart, as he plucked an Israel Folau-esque grab from the heavens before racing away to score.

Matthew McTaggart then crossed as the half time siren sounded, opening up a 31-0 lead at the break.

Jeral Skelton showed determination and strong leg drive to cross for his first of the afternoon, two minutes into the second term. 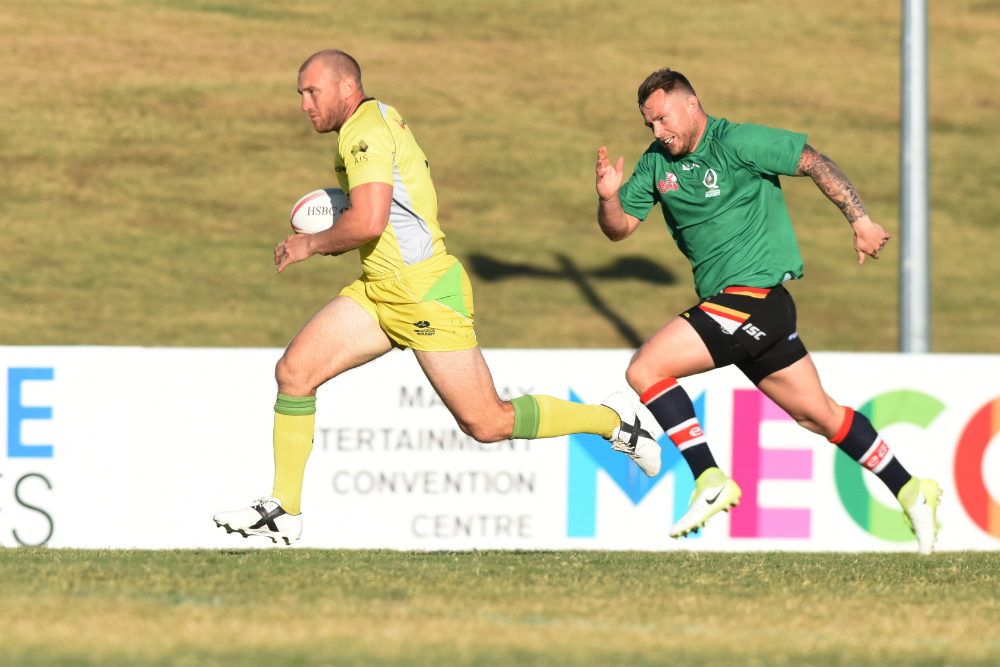 Regional Queensland blew a chance to score in the minutes after before David Yabsley added another to the Australian tally, taking the score to 43-0.

McTaggart then put the final nail in the coffin, Australia notching a half century and keeping their perfect defensive record intact for the day.

Australia crossed inside the first minute when Japan fumbled the kick off, the ball bouncing into Ben O'Donnell's arms, who stepped his way through the Japanese line to open the scoring.

The Aussies were in again a minute later, this time Simon Kennewell setting up John Porch with a strong offload through contact. 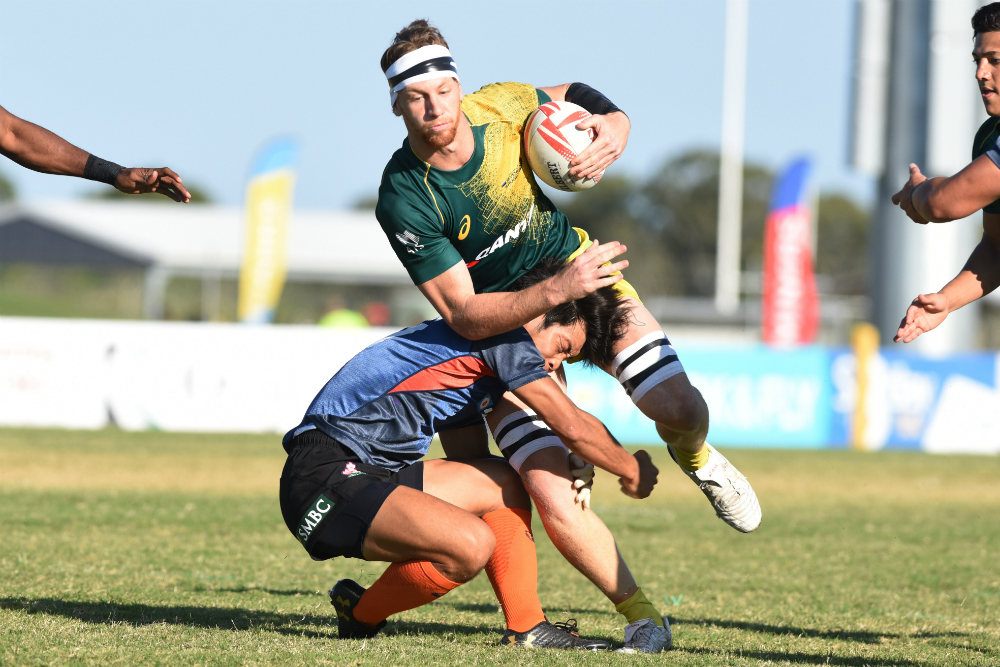 The two teams struggled for attacking momentum for the remainder of the first term before Nicky Price set up Maurice Longbottom with a brilliant step and inside ball, taking the score to 19-0 at the break.

Porch nabbed a double in the first minute of the second term, Australia simply turning an overlap into points on the left hand wing.

Longbottom then turned pressure into points for the Australians with two minutes to play, throwing a nice ball to an unmarked Tom Merritt for his first five pointer of the day, opening up a 29-0 lead in the process.

That was where the final score would stay, as Australia dominated possession, territory and kept Japan scoreless in arguably their strongest all round performance yet.

The first match of the evening, between Australia and Japan, is underway.

In case you missed it yesterday, here are the teams Andy Friend has picked for the quartet of matches.