Backline blows for Brumbies ahead of finals

Key Brumbies backs Kyle Godwin and Aidan Toua will miss the rest of the Super Rugby season with injury.

The Brumbies had just two long-term injury concerns on their list last week - Saia Faingaa ( foot) and Lausi Taliuali (knee) - but that tally grew dramatically during their loss to the Reds.

Godwin suffered a knee injury late in the game, an ailment that looks set to rule him out for three months, keeping him out of the Wallabies' Rugby Championship campaign as well as the remainder of the Brumbies' Super Rugby season.

The centre has already missed a month of the 2017 season after breaking his hand, ironically against the Reds in Canberra in April. 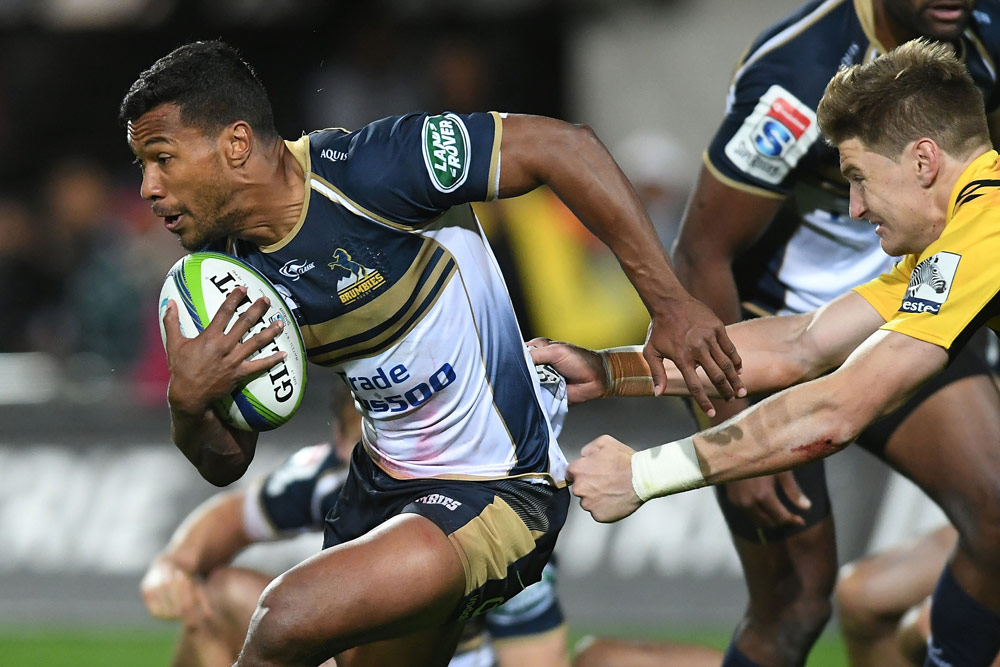 Toua suffered a high ankle sprain and will miss 4-6 weeks, according to the Brumbies, a bad turn of fortune for the fullback who looked to have finally put an injury-riddled past behind him.

Brumbies coach Stephen Latrkham said he felt for the duo.

“We are disappointed for the guys who have done so much for us this year,” Larkham said.

“The boys may not be able to take to the park in finals but they will certainly take part in the preparation with the rest of the team.”


Flanker Chris Alcock will also be missing in their final round match against the Chiefs after a deep cut to his thigh, but is expected to be available for the July 21 quarter-final, along with Rory Arnold whose night finished early against the Reds.

Halfback Joe Powell said the timing wasn't ideal, with just 11 days until their knock-out final but he was confident they'd be able to cover the holes in the coming weeks.

"This is not the time in season you want to be losing players, it's frustrating," he said.

"We've got a heap of players on board so there's plenty of people to cover those injuries but in the game (against the Reds) itself, it was frustrating in that last bit where we had to move JB (Jarrad Butlet) into the backline.

"It's annoying but that's rugby."

The Brumbies take on the Chiefs in New Zealand on Saturday, kicking off at 3:15pm AEST, LIVE on FOX SPORTS.